My dad thought it’d be a good idea to introduce me to all sports and I ended up picking golf.

Three blue dots under the number, purple line or arrow.

A psychology textbook on perception

My first name is Christopher John; I like to say that I’m a good photographer…

A wall mural in Vancouver.

The scenic views and hikes around the city.

My high school bad tag from Vancouver College (it’s the only tag I put on my bag).

Tick Tick Boom by The Hives 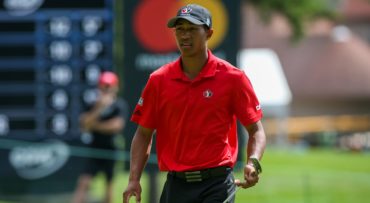