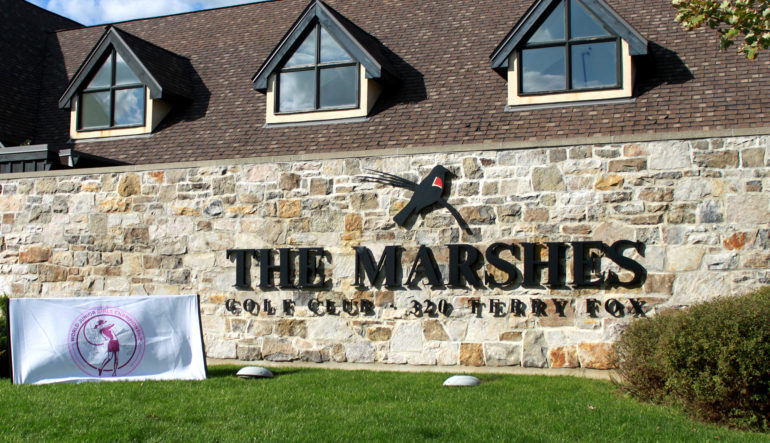 OTTAWA – For the fourth time since it’s inauguration, the world’s premier 18-and-under players will gather in Canada to compete in the annual World Junior Girls Championship. The Marshes Golf Club in Ottawa, Ont., will host the event for the second time from Sept. 24-29 as the girls compete in both team and individual competitions.

“We are thrilled to head back to The Marshes Golf Club to host this year’s World Junior Girls Championship,” said tournament director Mary Beth McKenna. “Returning to the capital for Canada 150 marks a special celebration for the event, and a great way for us to close out our championship season.”

The Marshes Golf Club is a unique course that encompasses the many natural features in the area including wetlands, meadows and hardwood forests. The course was designed in collaboration between Robert Trent Jr. and Sr., and features six par-3, six par-4 and six par-5 holes.

Conducted by Golf Canada in partnership with Golf Ontario, with support from the International Golf Federation and The R&A, the 2017 edition of the World Junior Girls Championship will bring together 60 of the top 18-and-under female golfers from 19 countries around the globe. As hosts of the event, Canada will feature two three-member teams in the competition.

“We could not be more excited to once again bring the World Junior Girls Championship to the capital region,” said Mike Kelly, executive director of Golf Ontario. “The Marshes Golf Club is an exceptional venue that will serve as a fantastic backdrop for this competition. We greatly appreciate the support of our generous sponsors and partners without whom this championship would not be possible. We look forward to seeing the Ottawa golfing community rally around this wonderful event.”

The second edition of the tournament was staged at The Marshes Golf Club. The team representing the Republic of Korea completed a wire-to-wire victory to secure the team title. Hye-jin Choi, a native of Paju-si, South Korea, registered a seven-stroke victory with a 12-under performance.

In 2016, Yuka Saso of Santa Rosa, Philippines, shot an opening-round 66 at Mississaugua Golf & Country Club to cruise to a six-shot win in the individual competition while also leading Philippines to the team victory, finishing at 2 over par.

In addition to the 72-hole team and individual competitions, the World Junior Girls Championship will be a celebration of the sport with a specific focus on the development and promotion of junior girls golf.  The days leading up to tournament play will see a PGA of Canada coaching summit as well as a free junior girls skills clinic.

“This world-class competition provides us with the opportunity to benchmark our domestic talent against the strongest female players from around the globe while also contributing to the continued growth and collaboration amongst the international governing bodies in the sport,” said Jeff Thompson, chief sport officer of Golf Canada. “We are proud to once again conduct this championship in support of these fine athletes and to aid in raising the profile of junior girls golf.”

The competition’s first round will begin on Tuesday, Sept. 26. The tournament’s closing ceremonies will immediately follow the conclusion of play on Friday, Sept. 29.