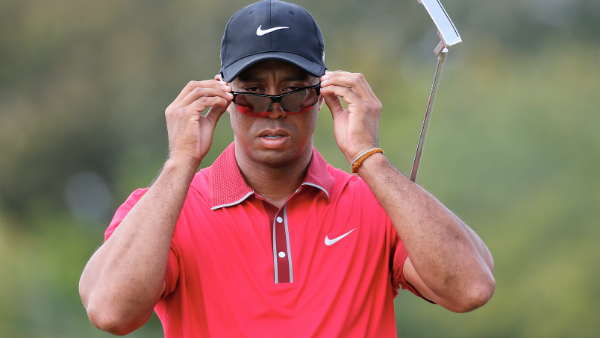 PONTE VEDRA BEACH, Fla. – Tiger Woods described his recovery from back surgery as a “very slow process” that offered him no timetable on when he can return for a summer filled with big championships.

Woods already missed the Masters, choosing to have microdiscectomy surgery March 31 to relieve pain from a pinched nerve.

In a wide-ranging blog on his website Monday, Woods said he is still sore from the incision and his only contact with golf clubs is a few putts and chips that do not require him to rotate his back. He said tests showed no arthritic changes, which he attributed to being in good shape and strong in his legs and abdomen.

“I made the decision to have surgery because physically I just couldn’t make a golf swing,” Woods wrote. “The pretty much sums it up.”

Though he is uncertain when he can even start hitting half-shots, Woods made it sound as though he would not be ready for the U.S. Open on June 12-15 at Pinehurst No. 2, the major championship course where he has the most experience.

“As I’ve said several times, I hope to be back sometime this summer, but I just don’t know when,” Woods said.

The one nonmajor that is important to him is the Quicken Loans National at Congressional, with a new title sponsor stepping in at a tournament that benefits his foundation.

“Whether I’m able to play or not, I’m going to be there to support it,” Woods said.

That tournament is two weeks after the U.S. Open and three weeks before the British Open, with the PGA Championship, FedEx Cup playoffs and Ryder Cup filling out a busy lineup of big-time golf.

“You can understand why I want to hurry up and get better,” Woods said.

Woods, who last played March 9 at Doral, said all he could do was to follow a strength program, listen to the doctors, chart his progress and wait.

“I haven’t used a sand wedge yet,” he said. “I’ve done putting and chip-and-runs using the same length of motion. I haven’t really rotated yet. As far as taking a full swing, I have conference calls with my doctors every couple of weeks to see how my progress is and just kind of chart it out from there. Basically, you just follow a program. It’s tedious because it’s little rehab stuff, but you still have to do it.

“That’s where I think the experiences of having gone through the surgeries in the past have really helped, because you have to lay the foundation down first before you can do the more arduous activities and then return to form,” he said. “I’m walking and able to cycle now and started swimming last week.”

Woods missed the Masters for the first time in his career and said it wasn’t as difficult as some might think to watch on TV. He compared it to the British Open and PGA Championship in 2008, which he missed after reconstructive surgery on his left knee.

He started watching mainly when Fred Couples got into the mix, and he lost a little interest when Couples fell off the pace early in the final round. Woods congratulated Bubba Watson and said Augusta National is suited to left-handed players like Watson and Phil Mickelson who hit a fade, a shot that works well on key holes along the back nine.

-Woods said he has enjoyed spending time with his 6-year-old daughter and 5-year-old son. He says he can’t practice soccer with Sam, and he can’t move quickly when working on baseball drills with Charlie.

-He said it helps to go through rehab at the same time with Olympic ski champion Lindsey Vonn, even though she is further along. “Her sessions are much longer and more developed,” he said. “Her knee is getting stronger and it’s good to see. She hopes to be ready to compete again in December.”

Woods also said he has been texting with Dallas Cowboys quarterback Tony Romo, who had “the exact same surgery” in December and couldn’t play the final game of the year. “He just couldn’t function anymore,” Woods said.

The mystery about Woods is that golf requires a sudden, swift rotation through the ball. Plus, Woods said every person responds differently to surgery.