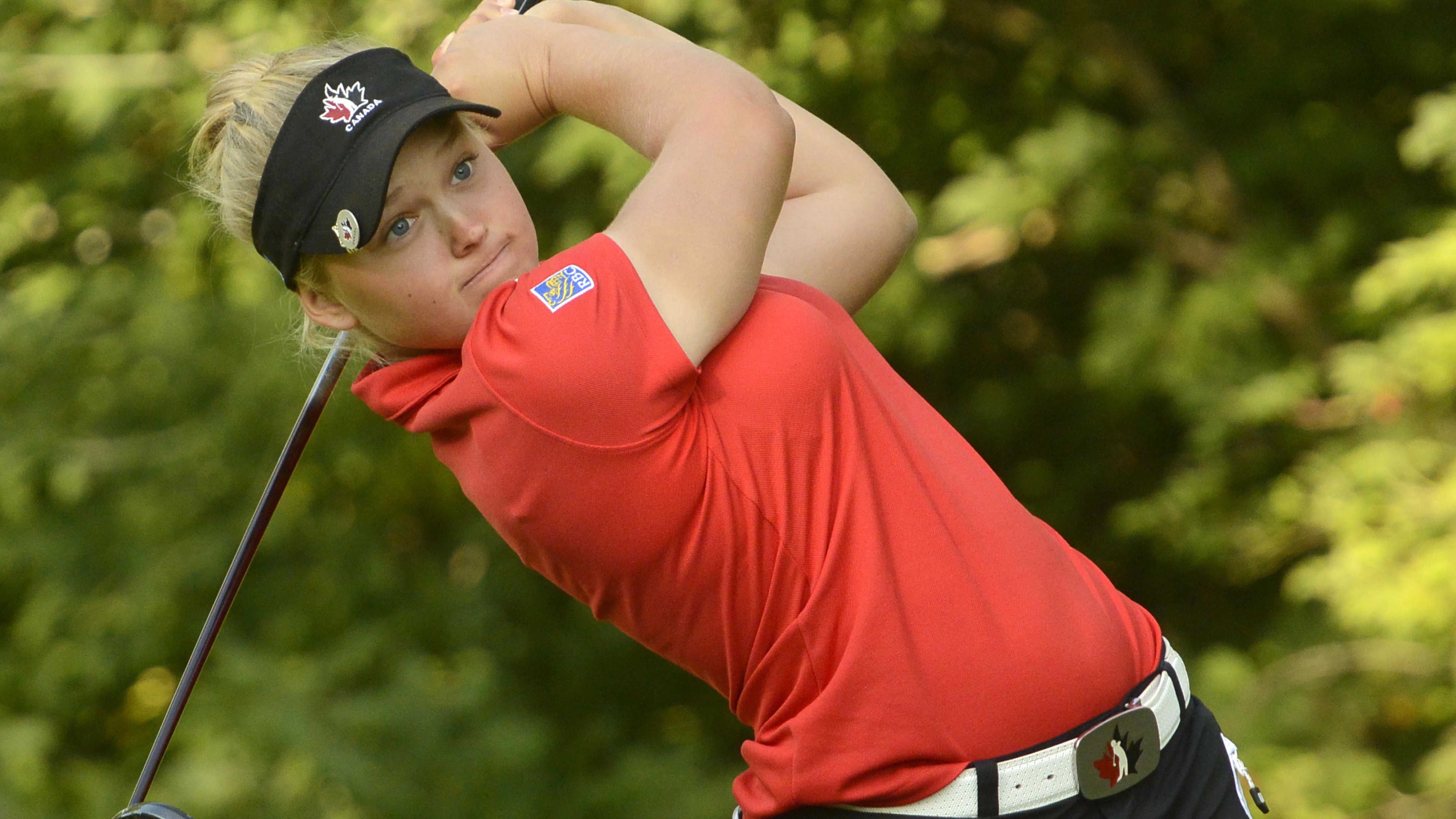 Brooke Henderson rallied back from a nine-stroke deficit firing a 9-under 62 on Friday afternoon to win the Porter Cup at Niagara Falls Country Club in Niagara Falls, N.Y.

Henderson of Smiths Falls, Ont. carded two eagles and five birdies during her final round to win by three strokes over Calgary’s Jennifer Ha. The Team Canada member finished at 205 for the championship after rounds of 75-68-62 and was the only player to post a sub-70 round on the final day.

The 16-year-old has been on an impressive run in 2014 having already won the Spirit Invitational and the South Atlantic Amateur. She also finished tied for 26th at the LPGA’s Kraft Nabisco Championship and T45 at the LPGA Manulife Financial Classic. She will play in the U.S. Women’s Open next week at Pinehurst No. 2 in North Carolina after making it through qualifying in May. Henderson finished tied for 59th at the 2013 U.S. Women’s Open.

Team Canada’s Jennifer Ha of Calgary finished in a tie for second with Princess Superal of the Philippines after a final round 74, while Augusta James of Bath, Ont. and Brittany Marchand of Orangeville, Ont. ended the tournament in fourth place with a 211 total.