A wild ride for Mickelson to start Masters 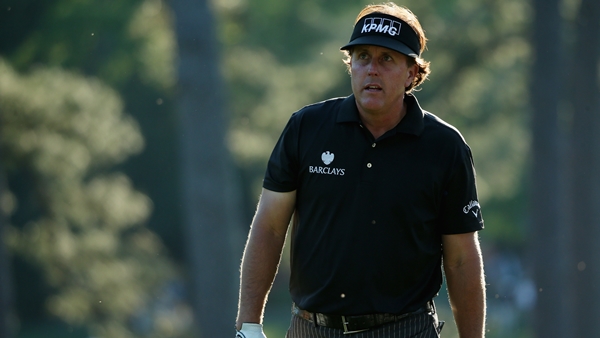 AUGUSTA, Ga. – What a wild ride for Phil Mickelson to start the Masters.

Seeking to become only the fourth player to win as many as four green jackets, Lefty put himself in quite a hole with plenty of erratic shots Thursday at Augusta National.

Mickelson made a triple-bogey at the seventh hole, where he knocked it back-and-forth past the cup a staggering four times before finally sinking a putt. He took double-bogey when he dumped one in the water at No. 15, and trudged to the finish with a 4-over 76 – one off the worst scores of his Masters career.

Not exactly the opening Mickelson needed in his bid to join Arnold Palmer and Tiger Woods with four Masters titles. Six-time champion Jack Nicklaus is the only player to capture more.