Watching golf is good for you 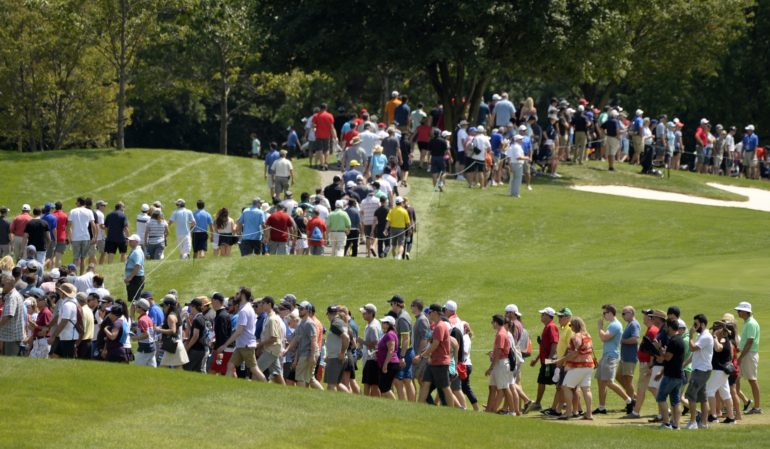 OTTAWA – So there’s good news and there’s bad news, golf fans: the good news is that watching golf can significantly improve your health and reduce your risk of heart attack, stroke or diabetes.

The bad news: watching it on TV doesn’t count.

But let’s be honest – if your idea of watching golf involves spending the better part of a weekend couch-bound with a bowl of salty snacks and a high-definition big screen, you already know you’re missing out on the magic of being there to see the game played at the highest level up close.

So, if you were looking for an excuse to head to New Jersey for next week’s biennial Presidents Cup matches, now you have one.

Turns out attending a golf tournament in person can be almost as beneficial to one’s health as playing the game itself, says a new study from the University of Edinburgh, that august Scottish campus just 90 minutes around the Firth of Forth from the cradle of the game in St. Andrews.

The study, billed as the first to assess the physical activity of tournament spectators, found that nearly 83 per cent of participants exceeded the recommended daily step-count levels, taking on average some 11,589 steps over a day spent watching the on-course action in person.

“Walking is one of the best things you can do for your health, adding years to life and increasing health and happiness,” said Dr. Andrew Murray, the researcher from the school’s Physical Activity for Health Research Centre who authored the study.

“These pilot findings show golf spectators can experience physical activity to benefit their health while watching a top-quality sport at close quarters. This could have huge implications on event attendance and encouraging more people to attend a professional event or begin playing the sport.”

With the help of the Golf and Health Project, a grow-the-game initiative spearheaded by the World Golf Federation, Murray gathered his data at Scotland’s Gleneagles resort during the 2014 Ryder Cup, easily one of the most compelling events on the global pro golf calendar.

For the uninitiated, the Ryder Cup and its opposite-year cousin, the Presidents Cup, are three-day team events between 12-player squads that take place every two years, comprising three days of match-play battles that culminate in 12 marquee singles matches on the final day.

It’s the ultimate test for a true golf fan, with action critical to the outcome taking place throughout all 18 holes. What’s more, there’s no parking one’s backside in a folding chair or grandstand at the 18th green – key matches often end well before the final hole.

And here’s the kicker: The Presidents Cup – complete with Adam Hadwin, Canada’s top golfer and all-around good dude, on the International team – gets underway next week at Liberty National Golf Club in Jersey City, N.J., across the Hudson River from the island of Manhattan.

Hadwin, whose first PGA Tour win came in March at the Valspar Championship, finished in a tie for 13th earlier this month at the Dell Technologies Championship, locking up a spot on the team he’d been coveting from the beginning.

“It never really left my mind this year,” he said of playing in the Presidents Cup.

Liberty National, in case you’re wondering – and by now you should be – is an eight-hour drive from Toronto, and six hours due south of Montreal. Single-day tickets are still available for US$115 each for competition days, and US$50 for practice days. A full week’s pass runs US$500.

There is, of course, one catch.

“Our study shows that the vast majority of spectators did spend at least some time walking the course,” Murray said in an email. “The health benefits would not apply to the small number that sit in one location all the time.”

Murray recommends taking the full measure of the golf course for a better grasp of the tournament’s ebb and flow: “You’ll get health benefits and also see all of the course that the players are up against.”

The Golf and Health Project aims to grow the game by promoting the many virtues of playing and watching what it calls a “holistic” sport – one that can help mitigate countless ills, from diabetes, cancer and cardiovascular problems to depression and self-esteem – and promoting its growth among young people.

It cites one Swedish study that found golfers, particularly those who walk the course, typically live up to five years longer than non-golfers, thanks to the fact that the game can generate sustained levels of moderate physical activity, contrary to its cigars-and-scotch image.

“Regular physical activity is one of the best presents we can give our children, making them on average healthier and happier,” Murray said.

“It’s also a great opportunity for family time and fresh air, which we also know are key determinants of wellness, from a public health perspective.” 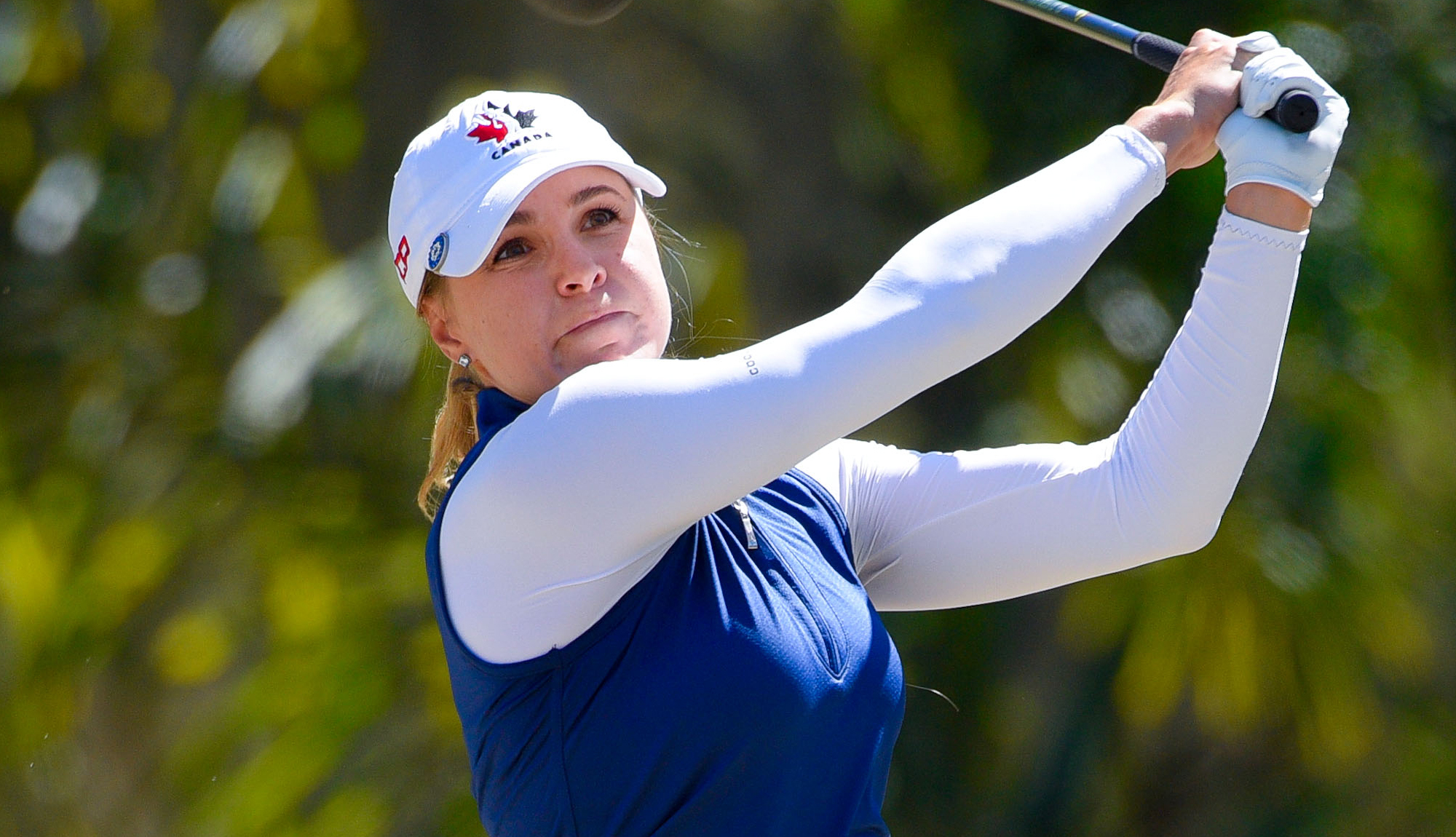 Canadian Tanguay T2 after round two of Self Regional Healthcare Foundation Classic, ...