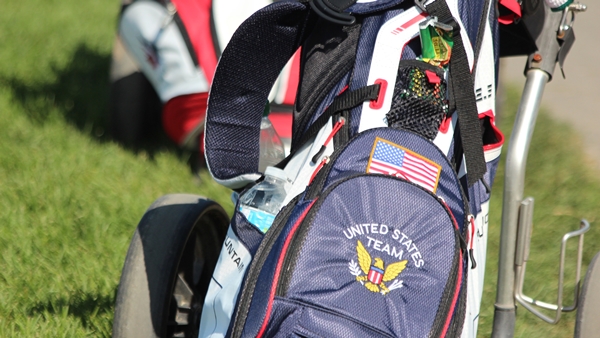 Khang, 16, carded six birdies and a single bogey going off the back nine of the South Course at Angus Glen on Sunday. Currently the no. 40 ranked player on the World Amateur Golf Ranking, Khang finished her opening-round in impressive fashion with birdies on her final four holes.

“I was hitting a lot of great approach shots coming in and my short game was working really well for me,” said Khang following her round. “That’s what I’ve been working on the most and it’s great to see it coming all together. The course was in great shape; I blew some putts by but made some comebackers and that gave me a great confidence boost in the putter.”

For Team USA non-playing captain Courtney Myhrum, the team executed their game plan and left their captain brimming with pride following their round.

“I’m so proud, the team did a wonderful job; the course was playing great and I’m in awe of how they hit the ball,” said Myhrum. “What impresses me so much is that these kids hit greens in regulation and give themselves birdie opportunities one after another. They’re very consistent off the tee and they didn’t get into any trouble.”

Team Canada, led by the world’s no. 1 ranked amateur Brooke Henderson of Smiths Falls, Ont. sits alone in second at even-par 144 through 18 holes. Henderson (2-under 70) and teammates Grace St. Germain of Ottawa (2-over 74) and Naomi Ko of Victoria (5-over 77) were grouped with Team USA in Sunday’s opening round at Angus Glen.

Henderson, 17, finished with four birdies including her final two holes while St-Germain, 16, was 1-under through 16 holes before a bogey on her 17th hole and a double-bogey finish for Canada’s two counting scores.

“It was little bit slow to start, I wasn’t hitting the ball quite as good as I would have liked to,” said Henderson, who earlier this year finished runner-up at the US Women’s Amateur and was the low individual at the recent World Amateur Team Championship. “Throughout the round I started to get a bit more comfortable. The last couple of holes I was playing my best golf; three birdies in the last four or five holes so I’m happy with that.”

Canada’s second team in the competition comprised of Jaclyn Lee of Calgary (even-par 72), Selena Costabile of Thornhill, Ont. (6-over 78) and Alisha Lau of Richmond, B.C. (11-over 83) shot a team-total, 6-over 150 sit tied for 8th with Belgium and Sweden.

With her opening round 67, Khang sits alone atop the individual leader board with a three-shot lead over Liu (70) and Henderson (70) heading into Monday’s second round.  Finland’s Anna Backman is fourth at 1-under 70 while Canadian Jaclyn Lee and England’s India Clyburn are tied for fifth at even-par 72 through 18 holes.