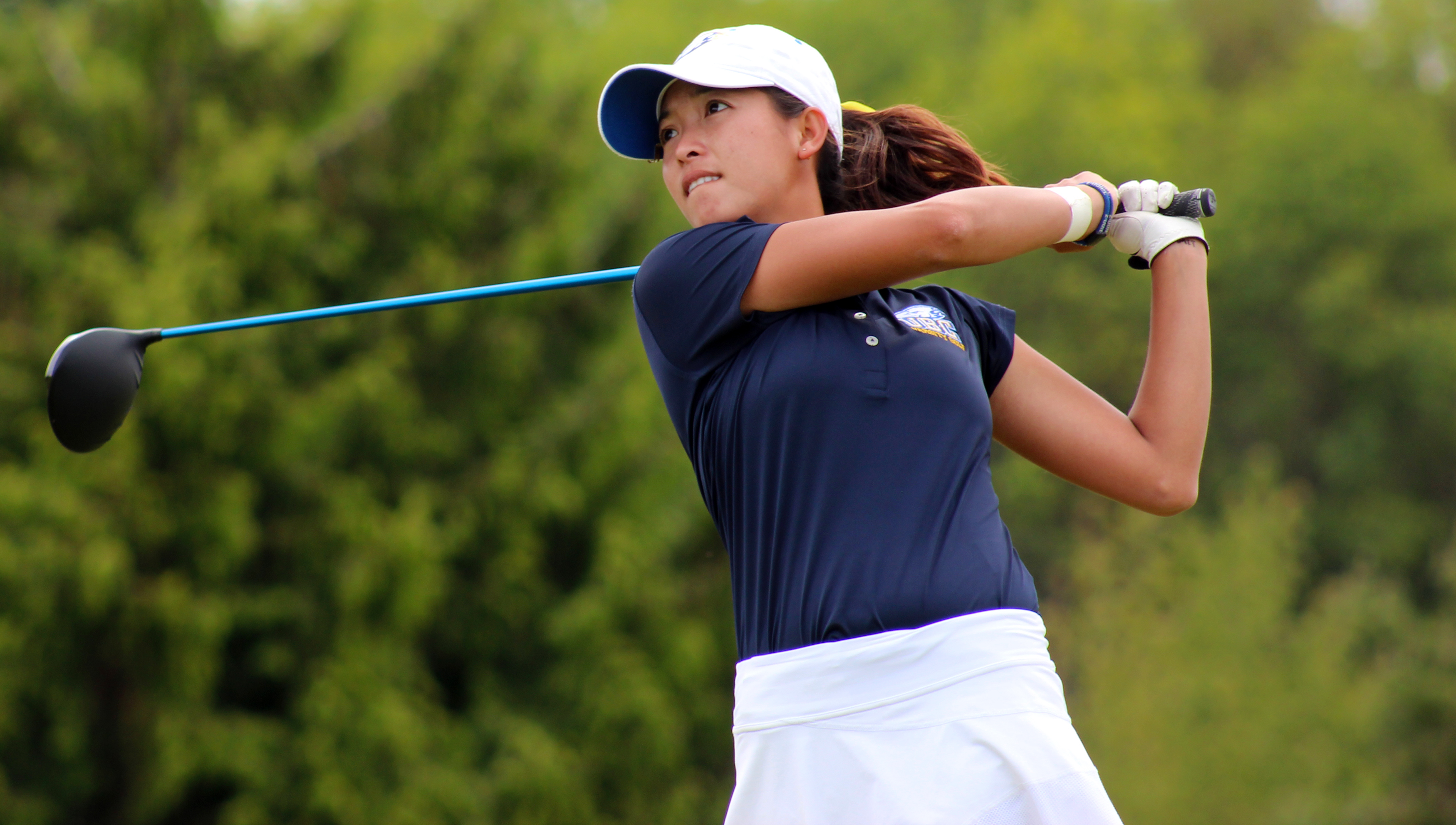 PARKSVILLE, B.C. – Clouds darkened the skies and light rains made for a wet afternoon as the 2016 Canadian University/College Championship continued at Morningstar Golf Club. The second round concluded with both the men’s and women’s squads from the University of British Columbia (UBC) Thunderbirds leading the team competitions.

The UBC women’s team entered the day in third, but traded places with first-round leaders, the Université Laval Rouge et Or. UBC collected a team total of 9-over and now sit 30-over in the competition. The Université de Montréal Carabins retained second-place, five-shots back of the Thunderbirds and three strokes ahead of the Rouge et Or.

UBC’s Kat Kennedy notched four birdies en route to a 2-under 70 – the low score in the women’s division through two days of competition. The native of Okotoks, Alta., began the day with a share of 12th, but climbed to third at 6-over. Montréal’s Alexandra Pelletier of the Rouge et Or continues to lead the competition at 1-under following an even-par second round. The Carabins’ Caroline Ciot – a native of Québec City – held onto second with a 1-over showing to sit 4-over 148.

“Today was a grind,” reflected the 21-year-old Kennedy. “My short game was pretty good today. It was steady. I just have to be patient and keep my head up and keep pushing through.”

The third-year science major finds herself as the veteran on a young squad comprised of two rookies and a sophomore, but sees the situation as an opportunity to aid in the development of the team. “In my rookie year, I definitely made mistakes here and there. I learned from the older girls. I learned how to keep focused and you pull yourself together during a round and finish strong.

“There’s a lot on your shoulders when you’re one of the older players on the team. You definitely want to play well and at the same time, encourage the other girls to keep working hard even though there are tough days. It comes with experience and I want to show them my experiences to help them.”

When asked about the effect of the UBC men’s team’s strong performance through 36-holes, Kennedy added, “It’s definitely inspirational. They’re a strong group of guys. They go out there with a great showing and we want to keep up with them, but we also want to make a name for our women’s golf team.”

A collective 8-under day from the UBC men has the Thunderbirds at 18-under – 34 strokes clear of the Queen’s University Gaels. The University of Victoria Vikes, the competition’s hosts, began the day in ninth-place, but ascended the leaderboard to third with today’s combined 3-over 291 showing.

Calgary’s Scott Secord continues to lead the men’s individual standings following a second-consecutive 67. The UBC Thunderbird began the day with back-to-back birdies and would go on to tally five more to extend his advantage atop the leaderboard to six strokes. Secord leads a team where no player sits below T7. Andrew Harrison of Camrose, Alta., sits T3; fellow Albertan Jack Wood of Banff is tied for fifth; 2015 individual champion Evan Holmes (Calgary) and Nate Ollis (Victoria) hold shares of seventh.

Victoria native Lawren Rowe of the Vikes climbed from T6 to second and sits 4-under 140. Queen’s University Gael Jordan Gregoris of Aurora, Ont., moved into a share of third at 3-under. University of Manitoba Bison Devon Schade’s 69 moved the Beausejour, Man., product to T5.

The 2016 competition features 20 men’s teams and 12 women’s teams from across the country vying for national championship titles. Following the third round, the field will be reduced to the top 10 men’s teams and the top six women’s teams, in addition to any individuals within 15 shots of the lead.

The third day of competition will see the women’s division tee-off at 7:30 a.m. The men will take to the course at 8:10 a.m. Additional information regarding the championship, including pairings and up-to-date scoring can be found here.