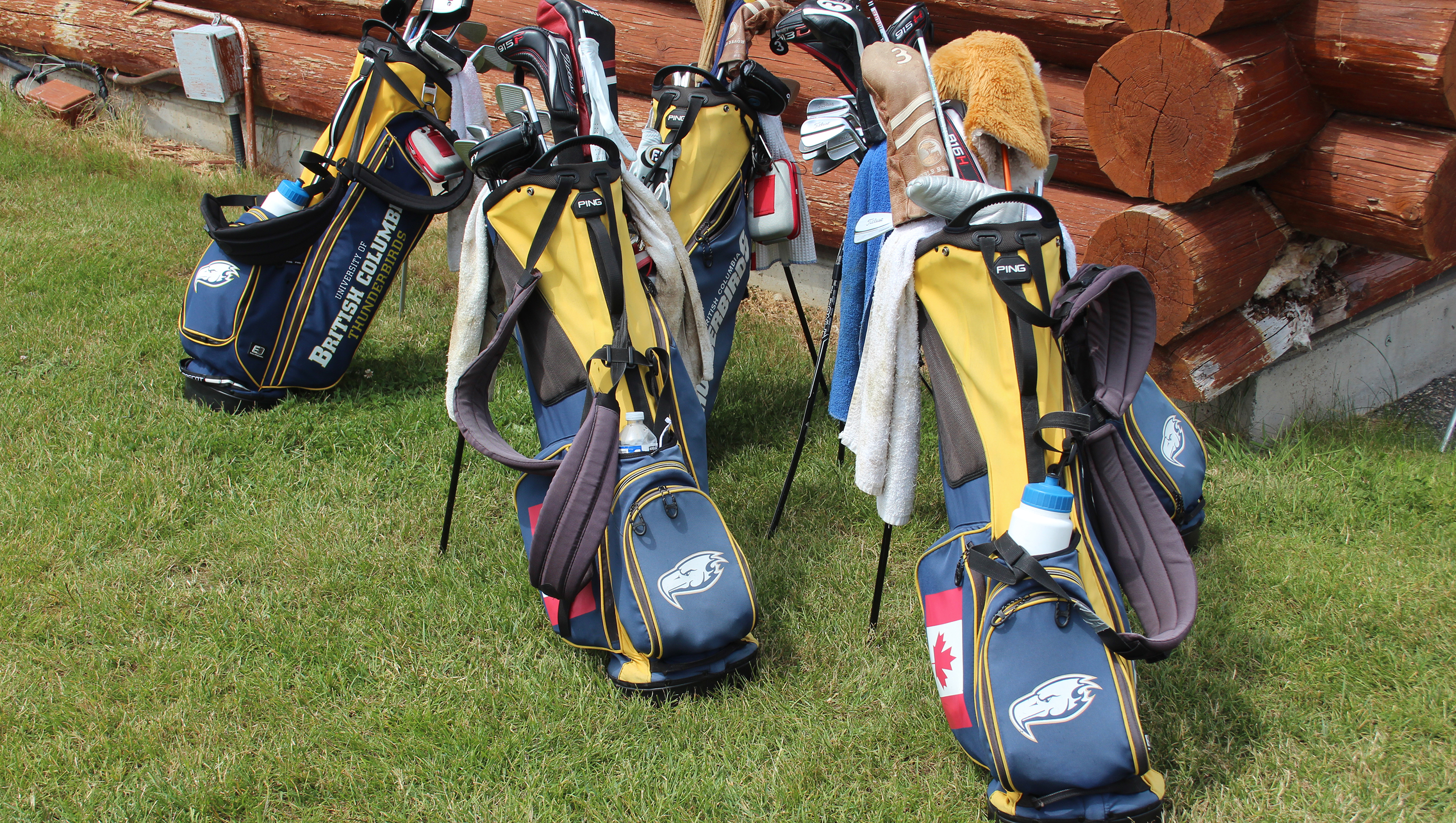 PARKSVILLE, B.C. – Pristine conditions set the stage for the opening round of the 2016 edition of the Canadian University/College Championship at Morningstar Golf Club. Scott Secord opened with a 5-under 67 showing as the University of British Columbia (UBC) Thunderbirds seized the lead in the men’s division. Alexandra Pelletier shot 1-under to send the Université Laval Rouge et Or to the top of the day one leaderboard in the women’s division.

A dominant performance from defending champions UBC saw the school finish a combined 10-under to lead the men’s division by 20 strokes. Calgarian Scott Secord recorded four birdies and an eagle on the par-5 third hole en route to a 67 to lead the men’s individual standings. Fellow teammates Jack Wood (69) and Andrew Harrison (70) are T3 and 5th, respectively. Evan Holmes and Nate Ollis matched 72s to complete the UBC men’s contingent.

The 23-year-old Secord remained focused when asked to reflect on the effect of past success on this year’s competition. “It helps; it definitely does. But we’re trying to stay modest because there are lots of good players here and it can change every day. We’re just trying to go with our game plan and stick with it. If that works for four days, great.”

With team totals of 10-over 298, the Camosun College Chargers and the Queen’s University Gaels are knotted in second-place. Five shots separate second- to ninth-place in the men’s team standings.

Secord – the 2014 individual champion – liked what he saw of the course and appreciates the opportunity to once again represent the Thunderbirds. “Chris and the boys graciously invited me back to play. It’s nice that all the members are allowing us to take the golf course from them for five days. The course is awesome. The greens are rolling great; they’re nice and smooth – a little fast, which is nice to see. The fairways and everything are just awesome, as well. You’ve just got to be careful out there.”

Chris Crisologo of the Simon Fraser University Clan is in second-place at 4-under. The Richmond, B.C., native notched five birdies and made an eagle on the third hole. Vernon, B.C., product Brady Stead of the Camosun College Chargers is T3 after collecting four birdies.

The Université Laval Rouge et Or finished the first day of competition at 18-over 234 to lead the women’s division by two strokes. The host University of Victoria Vikes are in second, while the UBC women hold third – one stroke behind their fellow British Columbians.

Alexandra Pelletier was the lone player in the women’s field to finish below-par. The native of Montréal tallied four birdies in a 1-under 71 performance. Caroline Ciot of the defending champion Université de Montréal Carabins opened with a 75. The native of Québec City is hoping to improve upon last year’s runner-up result in the women’s individual standings. Calgary’s Quinn Fitzgerald from the University of Victoria completes the Top-3 after carding a 76.

The second day of competition begins with the women’s division at 7:30 a.m., while the men tee off at 8:10 a.m. Additional information regarding the championship, including pairings and up-to-date scoring can be found here.