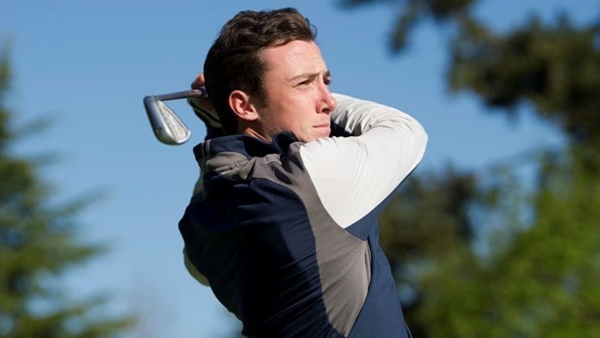 (WINNIPEG, Man.) – The University of British Columbia Thunderbirds lead the women’s division, while the Western University Mustangs are atop the men’s leaderboard after first round play at the Canadian University/College Championship at Southwood Golf and Country Club in Winnipeg, Man.

On the women’s side, the Thunderbirds, 9-time national champions, hold a commanding lead after 18 holes of play. The squad carded a 5-over 221 opening round and were led by Kat Kennedy who fired a 1-under 71 that was highlighted by three birdies. Kennedy’s teammate Kylie Barros, the 2011 individual national champion, sits in second after a 2-over 74.

“It feels good, I was just consistent out there,” Kennedy said. “There were some up and downs but I stayed focused and held onto it until the finish.”

If the Thunderbirds can continue their strong play they will take home their 10th Canadian University/College title when the tournament concludes on Friday.

“We just want to give it our all, it’s our last tournament of the season,” Kennedy continued. “We’re going to play for the team as a team and stay strong that way.”

The University of Victoria Vikes trail the Thunderbirds by 11 strokes after posting a 16-over 232 as a team, while the Université de Montréal Carabins and Waterloo Warriors share third at 22-over. Individually, Laura Upenieks from the Toronto Varsity Blues sits in third one stroke ahead of a trio of players who are tied at 4-over par.

In the men’s team competition, the Western University Mustangs came blazing out of the gates on Tuesday morning, firing an opening round 4-under 284. The Mustangs were led by Spencer Berk and Traynor Turkiewicz, who both posted 3-under 69’s and currently sit in a 4-way tie for second at 3-under par.

“The whole team is pleased with the way they are playing which is important,” said Mustangs Head Coach, Jim Waite. “We have five guys that can really play this year. In other years we’ve had three but never five and this year we feel that these guys can give us good numbers day after day.”

The Thunderbirds hold second place at even-par 288, while the University of Manitoba Bisons share third place alongside the Humber College Hawks at 5-over 293.

Individually, UBC’s Scott Secord birdied two of his last three holes to card a 4-under 68 and break out of a four-way tie for the lead. Secord closed with a 3-under 33 and currently holds a one-stroke lead over Berk, Turkiewicz, Bisons’ Charlie Boyechko and Alex Rakowski of the University of Alberta Golden Bears.

“My putting was great, that’s the biggest key out here,” Secord said. “Tomorrow it’s just about the same thing, par or better and hopefully the wind is down in the morning.”

For more information on the 2014 Canadian University/College Championship including starting times and resultsclick here.