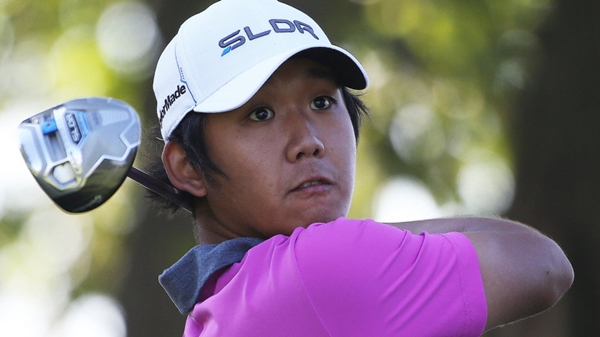 The 21-year old made six birdies, two bogeys and an eagle to reach 12-under par, one-shot ahead of Orlando’s Ross Beal, Tulsa’s Talor Gooch and Louisville’s Jared Wolfe.

“Today, I had to work a little harder for it,” said Dunlap, who said Wednesday’s 66 required more patience than his matching round from the day before. “Yesterday, I was super solid tee-to-green and to be honest with you it wasn’t a great warm up today, but I kind of found the one shot I could hit consistently. Out here you can start it off the tee pretty much anywhere if you commit to it.”

The former Texas A&M standout, who made one PGA Tour Canada start after turning pro last summer at the National Capital Open to Support our Troops and finished T54, said he’s enjoyed taking on the challenge of the strong competition this week at Q-School.

“I did a great job of controlling my emotions and controlling what I can,” said Dunlap. “In college a huge part of what we pride ourselves on where I went to school was being mentally tough. I feel like having a good perspective is the most important thing in a 72-hole event. There are a lot of mentally tough guys out here. No one is coming up to play in Canada unless they’re pretty tough.”

Gooch and Wolfe posted the best rounds of the day with a pair of 7-under 65s, while Beal posted a 68 to match them at 11-under. Toronto’s Albin Choi carded a 6-under 66 to hold solo fifth place at 10-under.

“My game feels good. I kind of struggled the last year-and-a-half, and seeing some good shots definitely gives me confidence,” said Choi, a Team Canada Young Pro Squad member who is sitting at the top Canadian after two rounds. “I love the course this week and I’m really looking forward to the next two days.”