Three tied heading into final round of Canadian Men’s Amateur 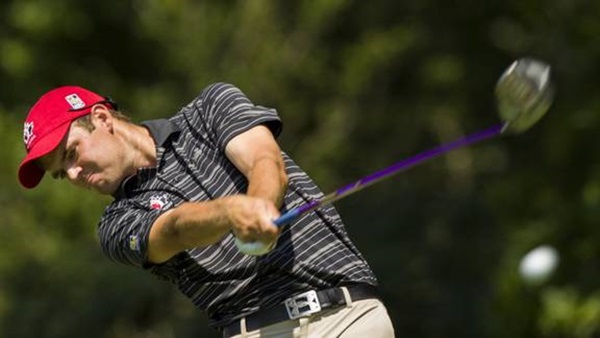 Ricardo Celia, Corey Conners and Eli Cole all sit atop the 109th Canadian Men’s Amateur Championship leaderboard after the third round at Royal Colwood Golf Club in Victoria, B.C.

Celia, 21, of Colombia, carded the round of the day after a 4-under 66 on Thursday. His third round was highlighted by five birdies, three of which he rolled in during his final five holes with his Colombian teammate Mateo Gomez on the bag.

“He really helped me out there today, he gave me the right club on my second shot into 18,” Celia said. “I hit it to 30ft and finished with a birdie. Tomorrow I’m just going to go out there, have fun and enjoy the challenge.”

Cole, a recent graduate of Texas Christian University, wowed fans following the final group early in the third round. Through five holes, Cole was 5-under par after holing out from the greenside bunker on the par-3 4th and rolling in a 8ft eagle putt on the par-5 5th hole.

“You always think that kind of shot is possible but you know the chances are slim to none,” Cole stated about his hole out. “Fortune was definitely on my side the first few holes today.”

The California native isn’t long off recovery from a serious injury that halted his golf career. While at TCU, Cole suffered a double fracture of the tibia and fibula playing a fun game of soccer that sidelined him for an entire season.

“It would mean a lot to win this but I still have a long way to go, anything can happen out here” he said. “I’m just having fun, it was great with the volunteers and the crowd today. It’s just exciting and I’m happy to be back playing again tomorrow.”

Conners played alongside Cole in the final group and posted an impressive 5-under 30 over his opening nine, but struggled over his closing holes posting two late double bogeys for an even-par 70. Despite his back nine mishaps on Thursday, the Team Canada National Squad member is ready to make a run at the title tomorrow.

“It obviously would be really special to win, I can’t really put it into words,” Conners said. “I’m just going to try to do my thing tomorrow and make it happen.

Sitting three strokes behind the leaders in a tie for fourth at 3-under par are Scott Secord, 20, of Calgary and Team Canada’s Taylor Pendrith, 22, of Richmond Hill, Ont. Secord posted a 2-under 68 on Thursday, while Pendrith carded a 1-under 69.