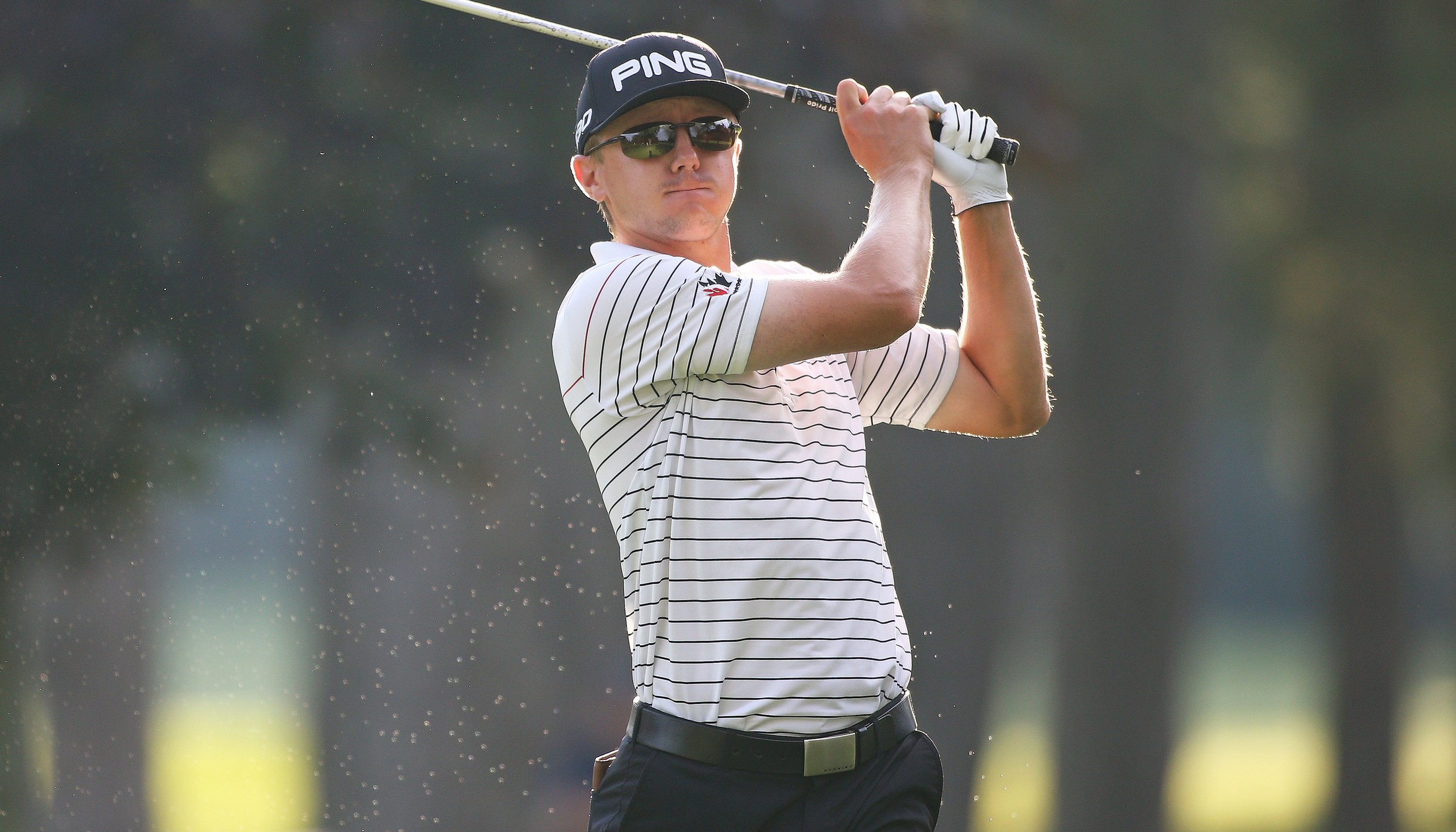 SPRINGFIELD, Mo. – Team Canada Young Pro Squad member Mackenzie Hughes accomplished his goal of getting into the final group on Sunday. The 25-year-old from Hamilton, Ont., birdied the final two holes of his third round and shot a bogey-free 8-under 64 to take the 54-hole lead at the Price Cutter Charity Championship presented by Dr Pepper. Hughes’ 18-under-par 198 total puts him one clear of Australian Steve Allan (63), Xander Schauffele (64) and No. 3 on the Web.com Tour money list Richy Werenski (66).

PGA TOUR veteran Gonzalo Fernandez-Castano (66), Kevin Tway (68), Sam Ryder (67) and Chris Baker (69) are tied for fifth at 16-under-par 200. There are a total of 10 players within three strokes of Hughes heading into the final round.

Toronto resident and fellow Young Pro Squad member Albin Choi is tied for 21st at 12-under, while Adam Cornelson of Langley, B.C., sits T66 at 5-under.

“It’s going to be a new experience for me, but I’ve won tournaments before,” said Hughes, who has never led after any round of a Tour event in his career. “This is on a larger scale, but the things you have to do and the way you have to manage your emotions. It’s all the same, so I’m just going to try and do that tomorrow.”

Hughes has tasted victory on the professional level in the past. In 2013, the former Kent State University standout won the Cape Breton Open on the Mackenzie Tour – PGA TOUR Canada circuit. Hughes finished the year No. 1 on the Order of Merit in large part due to his triumph in Nova Scotia.

“I’ll definitely draw on that tomorrow,” said Hughes, who overcame a six-stroke deficit to take home the title. “There’s so many guys within three shots, it’s going to be a shootout tomorrow. I have to put my head down and try and make a bunch of birdies.”

Hughes has had no problem going low this week. The Charlotte, N.C., resident has feasted on the par 4s at Highland Springs Country Club. Through 54 holes he has played them in 10-under-par, lower than anyone else in the field.

Hughes entered the week No. 88 on the money list and in danger of losing his Tour card. His sophomore campaign got a huge boost at the LECOM Health Challenge in July where he finished tied for fifth after a sizzling final-round 66. He never imagined it would take him this long to settle in given his success in Canada, but remains optimistic that he’s heading in the right direction.

“There’s definitely a big adjustment,” said Hughes. “Everyone’s got a different learning curve out here. I feel comfortable now and I know that if I just play my game I can compete with these guys.”