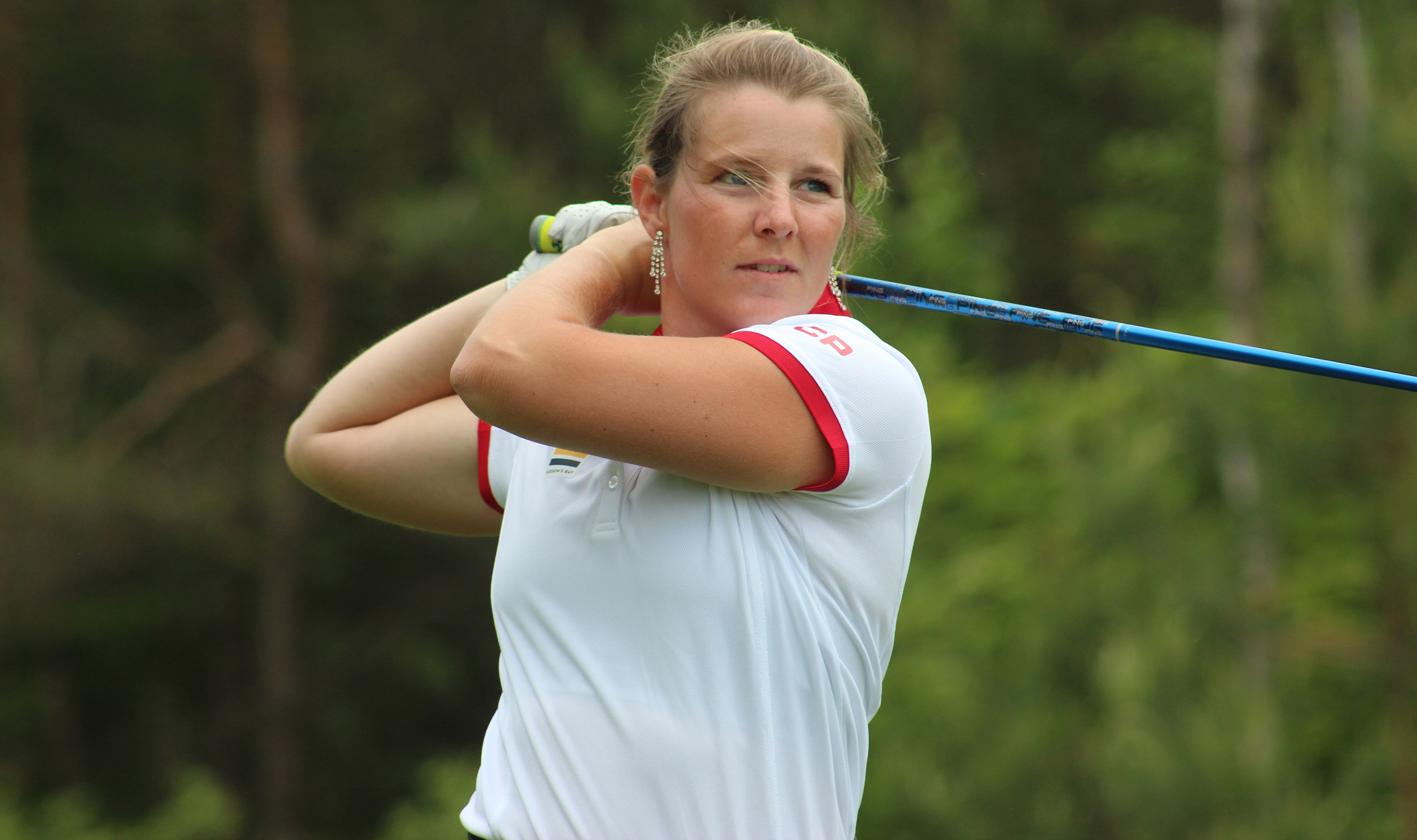 “It feels great,” commented Doyon, when asked about the title of Women’s Porter Cup champion. “After finishing third last year and now coming off a really good week of practice with Team Canada. It feels awesome.”

Doyon finished third in the 2015 edition of the event behind fellow Canadian Christina Foster of Concord, Ont., and the winner Ana Paula Valdes of Merelia, Mexico. The resilient native of St-Georges-de-Beauce, Que., would not be denied this year, shooting a 66 – the tournament’s low round – to secure the victory.

“What really helped me today was my ball-striking,” she added. “I really hit my driver well. I just kept my game plan and I was not too aggressive. I stayed patient out there and I just made every birdie that I could when I had the opportunity. I didn’t make many long putts, except at the end on 18. It was great to finish with a birdie right in front of everybody.”

Doyon entered the final round T2 alongside fellow National Team member Jaclyn Lee of Calgary; the pair trailed Superal by two strokes. Lee would go on to finish in a tie for third with Haylee Harford of Leavittsburg, Ohio.

The Women’s National Team spent the past week training at Rattlesnake Point Golf Club in Milton, Ont., with Head Coach Tristan Mullally – an experience which Doyon says helped prepare her for the competition. “I feel like there were two or three things that I worked on with Tristan this week that really made a huge difference. I feel like because I worked really hard, I just felt ready for the Porter Cup and I could just trust everything I’ve been learning.”

The first-year National Team member reflected positively on the experience of representing Canada. “It felt great at the end,” she said of her teammates. “They hugged me and said congratulations. It’s just so nice – that feeling that we are Team Canada. Canada was really well-represented at this tournament and I feel like it just makes us all stronger to have that support of players from our home country.”

Full results from the 2016 Women’s Porter Cup are available here.