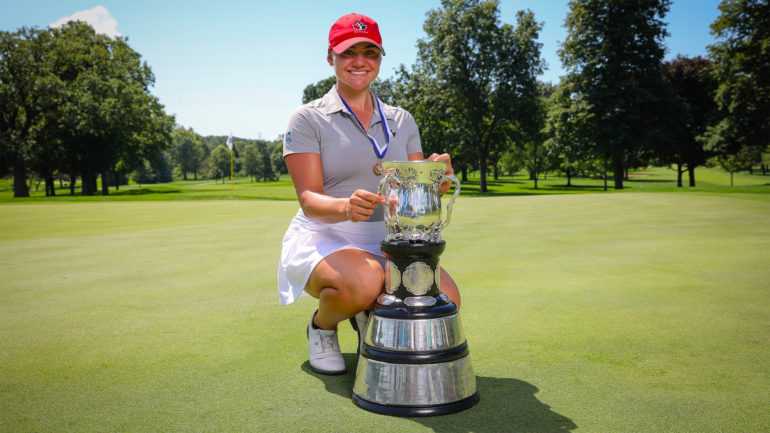 Thibault, a Fresno State senior and 2019 Mountain West Conference champion, prevailed despite a slow start on the front nine. “I didn’t want to get my hopes up, because I know that my game right now is kind of on a rollercoaster,” Thibault said.

“I feel like I gained a lot of momentum from yesterday. I just kept the faith. I kept fighting and didn’t give up.”

Thibault grabbed a 2-up lead through seven holes, but Lucena rebounded to win the next two holes and square the match heading into the back nine. Undaunted, Thibault regained the lead with a par on No. 10, then took the 13th, 14th and 15th with back-to-back pars and a closing birdie to secure the win and add her name to the list of champions on the Women’s Western Amateur’s W.A. Alexander Cup. Looking back on her front nine struggles, Thibault said she had to change her mind set at the turn. “I think it was just like a switch. I had missed a lot on the front, and I could feel how close I was to hitting it really good,” she said. “I just switched it in my head and went into full focus mode.”

Lucena, a University of California-Davis sophomore, never led in the match. “It was definitely a grind,” she said. “I wasn’t having my best game. I was just trying to roll with what I had, and it ended up not working out. I definitely realized that I wasn’t as free and as comfortable as in my previous rounds.” “Besides today, I felt phenomenal this week,” Lucena added. “I had a lot of confidence in my game coming into this, and I think I wavered a little bit (in the final match) when I hit some bad shots. I was just so excited to make it to the finals.”

Thibault and Lucena both earned exemptions into the U.S. Women’s Amateur set for Aug. 3-9 at Woodmont Country Club in Rockville, Maryland. “I’ve never been to a USGA event, so I’m super excited,” Lucena said. Thibault said she’s looking forward to playing in the U.S. Women’s Amateur, but is waiting to hear what the rest of the year holds for her. “I’ll go to the U.S. Women’s Am, and then it depends on school,” she explained. “If school is back, then I’ll be competing in college. If not, I’ll be heading to Europe for the British Am.”

Thibault follows in the footsteps of fellow Canadian and Team Canada member Maddie Szeryk, who won the championship in 2017. They are the only two Canadians in the 120-year history of the event to claim the title. A member of the Golf Canada’s national amateur squad, Thibault advanced to the quarterfinals of the 2018 Women’s Western Amateur at Mistwood Country Club in Romeoville, Illinois, before losing 6 and 5 to eventual champ Emilee Hoffman. In 2019, Thibault won the Ontario Women’s Amateur Championship in addition to her Mountain West Conference Championship victory. She also was a part of Canada’s bronze medal team at the Pan American Games in Lima, Peru, and was named the female amateur of the year by the Golf Journalists Association of Canada.

Canadians Mary Parsons and Taylor Kehoe both had impressive finishes, both exiting in the quarter-final round.

The list of past Women’s Western Amateur champions reads like a “Who’s Who” in women’s golf, including current LPGA stars Ariya Jutanugarn, Stacy Lewis, Brittany Lang and Cristie Kerr. This was Prestwick’s first WWGA tournament since the 1972 Junior Championship – won by a 15-year-old Nancy Lopez. She went on to become one of the best players in the history of professional golf and was inducted into the World Golf Hall of Fame in 1987. For complete tournament results, visit womenswesternamateur.com. 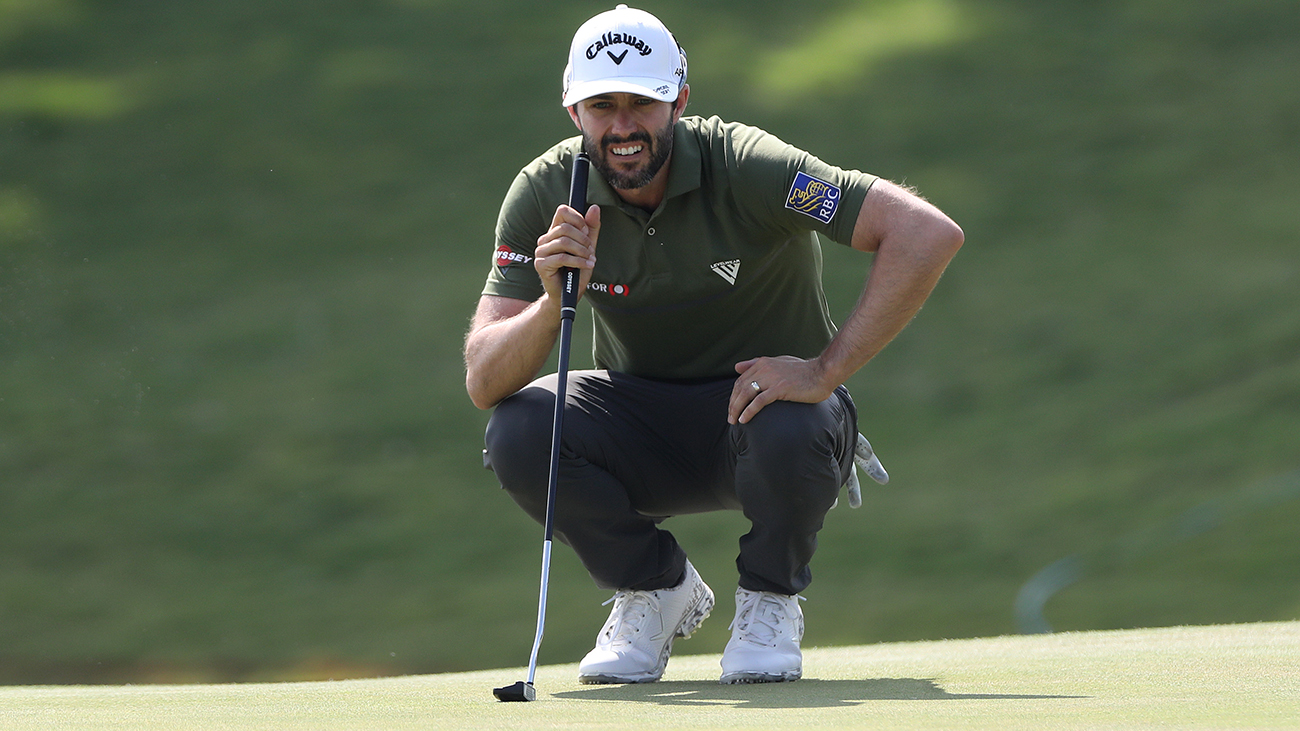