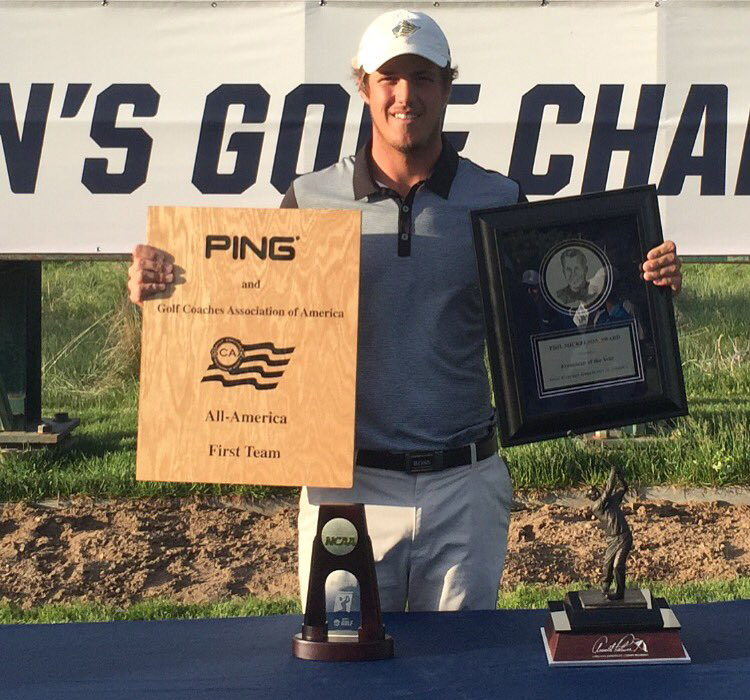 The Mont-St-Hilaire, Que., product jumped out to an early lead with an opening-round 65 (-7) and never looked back, carding 17 birdies in total to lead the field en route to securing the two-stroke victory. The Saint Leo Lion finished at 13-under par (65-66-72) ahead of runner-up Calum Hill (Western New Mexico). The win marks the first NCAA championship win (individual or team) in Lions history.

The 21-year-old ended his freshman year where he spent most of his time this season—atop the leaderboard. Bernard finished inside the Top-5 in five out of seven events this season with Lions, including a win at the Argonaut Invitational.

The lefty’s efforts were further recognized by the NCAA on Thursday, being named as the Division II recipient of the Golf Coaches Association of America (GCAA) Phil Mickelson Freshman of the Year Award (won by Team Canada graduate Adam Svensson in 2013). Bernard also earned a nod as one of eight members named to the GCAA/PING First Team All-American squad.

Teammate and fellow Quebec native Joey Savoie struggled in the final-round, carding a 2-over 74 to slip nine spots to a T11 finish.

Bernard will lead the No. 1-seeded Lions into the eight-team match-play portion of the NCAA Championship Friday morning against Wilmington University.

National champion, freshman of the year, all-american team! Thanks to @dingramgolf to help me to get there! #dragons pic.twitter.com/GYF3KBP6qu