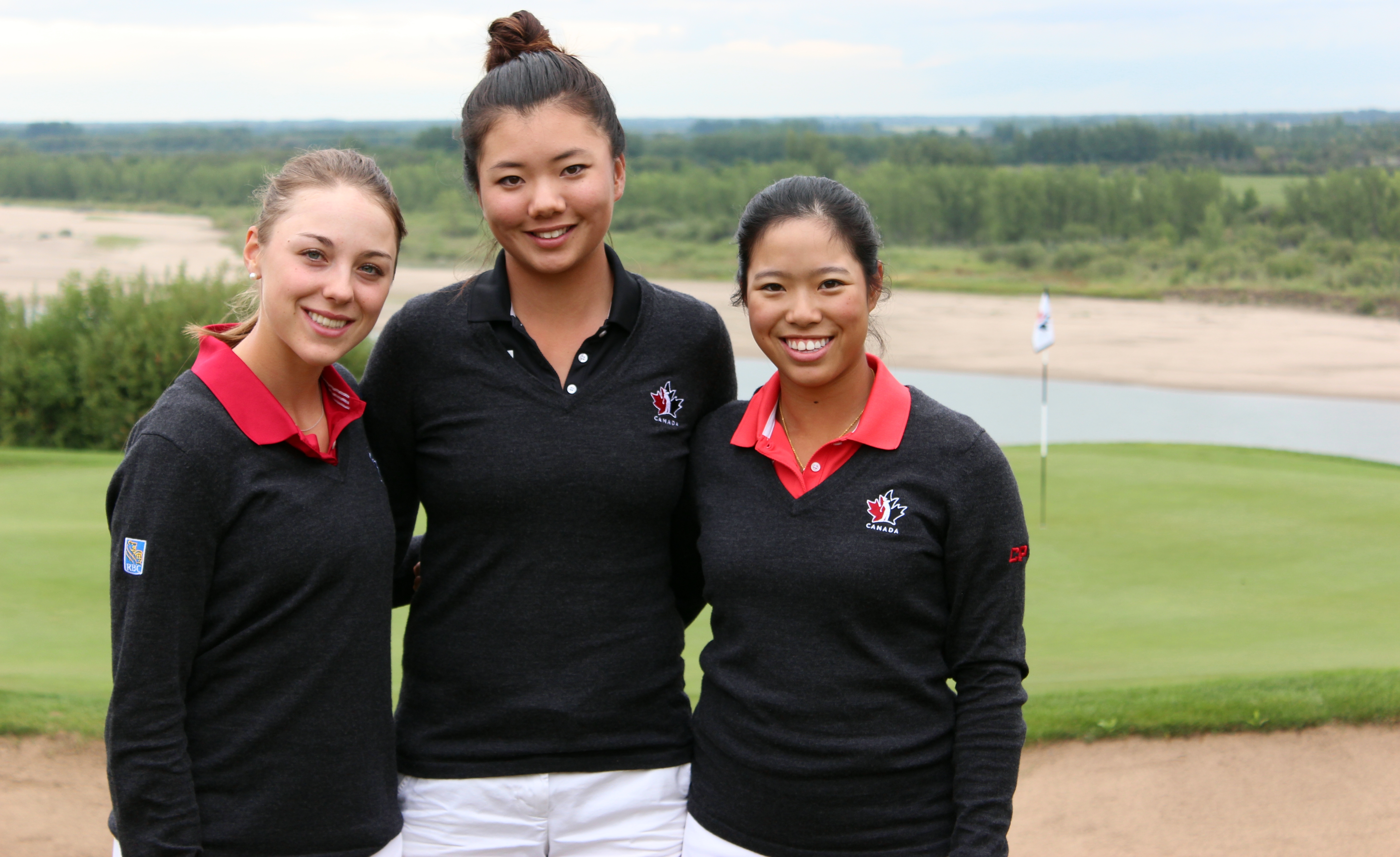 Day three of competition started with half of the players teeing off in their second round after play was suspended on Tuesday.

The team was led by Team Canada National Amateur Squad member Jennifer Ha who shot a 1-under 71 to contribute to her team’s even score on the day. The second to count towards the standings came from Team Canada Development Squad member Jaclyn Lee who shot 1-over par.

The final member of the team, Sabrine Garrison, notched a 78. The trio of Calgarians finished 8-over 296 for the two-round competition.

In the individual contest, Lakareber Abe of Angleton, Texas and benefited from late rounds Wednesday night to take a share of the lead. Also sharing the lead is Peru’s Lucia Gutierrez who fired a 68 in her second round on Thursday. At 1-under par for the tournament, both players sit one shot clear of Mariel Galdiano of Pearl City, Hawaii who finished her second round Thursday afternoon at 3-over par.

Seventy-one players who shot 15-over par or better through the opening two rounds have advanced to the third round of play. For more information including third round tee-times and live-scoring click here.