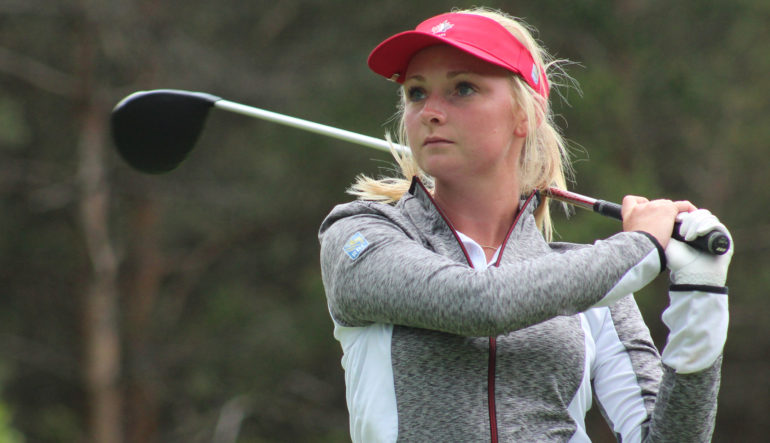 There was good reason to smile on the weekend for a pair of Team Canada members, who both finished tied for fifth at their respective NCAA Conference Championships.

Calgary’s Jaclyn Lee—a sophomore at Ohio State—shot a 2-over score at the River’s Bend course in Mainville, Ohio to close the Big Ten Championship in a three-way share of fifth place. Lee led the Buckeyes to a third place result overall.

To add to her strong weekend, the four-year National Amateur Squad member was also named to the Big Ten All-Tournament Team.

Down in Alabama, Maddie Szeryk mirrored the success of Lee with a matching T5 result at the Southeastern Conference Championship in Birmingham. Szeryk—a junior at Texas A&M—carded a final-round 71 to finish at 5-under par, helping the Aggies to finish T5 overall.

The result marks another strong performance from the 20-year-old Szeryk, who earned back-to-back SEC Golfer of the Week honours in March. She has posted seven top-10 victories for the Aggies in the 2016-17 campaign.

Both Szeryk and Lee will tee-it-up at the NCAA Columbus Regional from May 8-10, held at Ohio State University’s Scarlet Course.

Victoria, B.C. native and Team Canada teammate Naomi Ko—a sophomore at N.C. State—will be in action at the Albuquerque Regional, also taking place from May 8-10.

The top-six teams and top-three individual scorers (not on advancing teams) from regional events will earn tickets to the NCAA Championships from May 19-24.