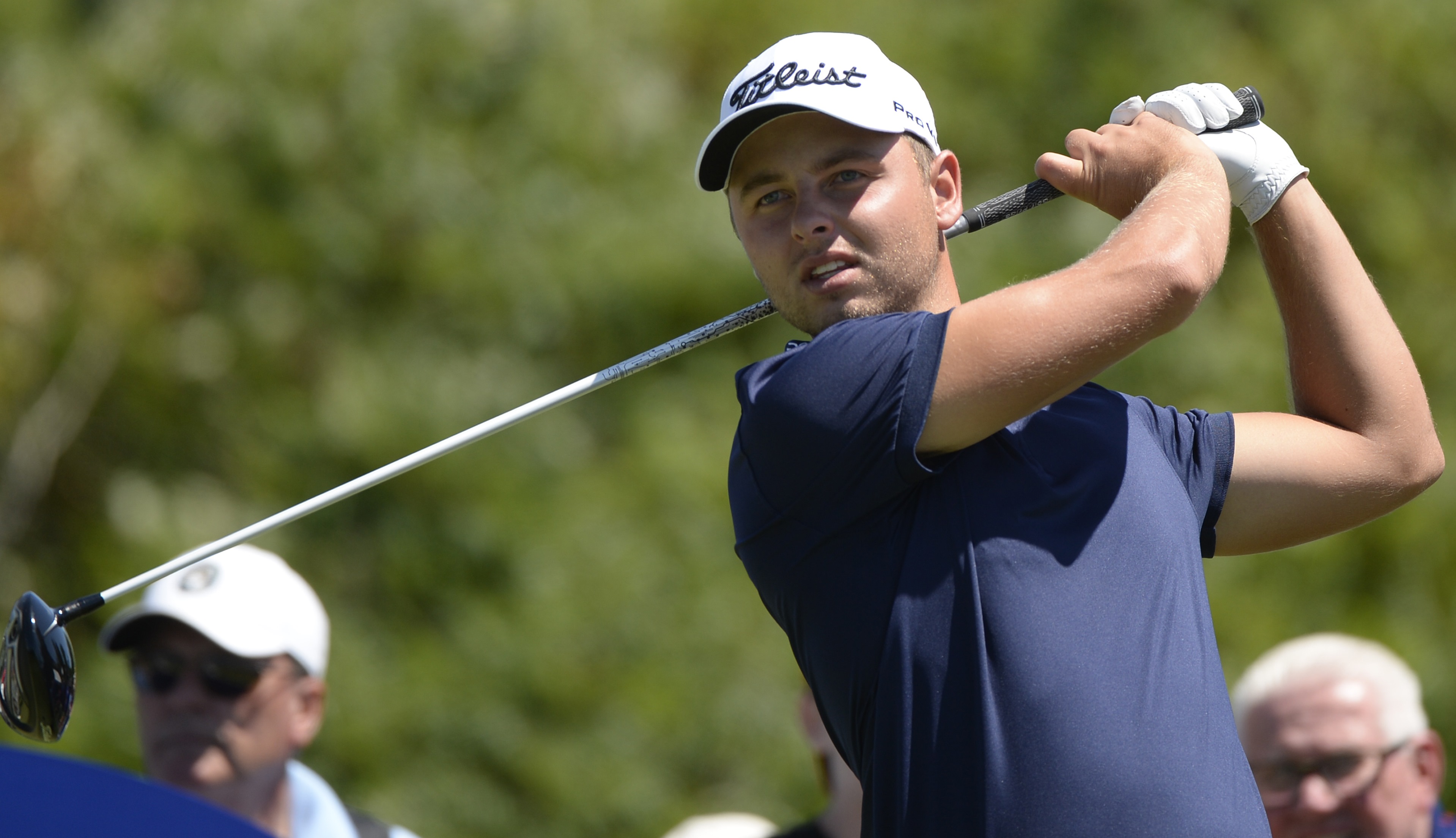 With the first tee time Saturday morning because an odd number of players made the cut, Svensson played 18 holes by himself. The Surrey, B.C., native shot a 5-under 67 to make a major move up the leaderboard at 7 under for the tournament.

“It was a little bit weird the first couple of holes,” Svensson said. “But I kind of got used to it. Just had a good rhythm all day and got off to a pretty good start. So I was pretty happy.”

Svensson, who’s tied for 26th going into the final round, had never golfed solo before in a tournament setting and called it a fun day. He had to be an early riser, though, teeing off at 7 a.m.

“I’m pretty much sleeping,” Svensson said. “But it was fun. It was fast, too, which I like.”

Svensson completed the round in 2 hours 59 minutes, at least 90 minutes shorter than a conventional PGA Tour event round. He was off the course more than three hours before the final groups teed off.

At 7 under, Svensson will have a playing partner for the final round of the RBC Canadian Open: American Brian Harman, who was second after two rounds before struggling.

Beyond Hearn’s heroics, it was a strong day Canadian Adam Hadwin, who shot 5 under to get to 8 under and a tie for 20th.

“The biggest thing has been my short game, my putting all week,” said Hadwin of Abbotsford, B.C. “I haven’t struck it extremely well or at least up to my standards just yet. But I’ve got it around the golf course, got it up-and-down when I needed to.”

Amateurs Blair Hamilton and Austin Connelly shot 76 and 77 respectively. They made the cut but were designated “made didn’t finish” and won’t play Sunday. They will however share the Gary Coward Award as co-recipients of the Gary Cowan Award.