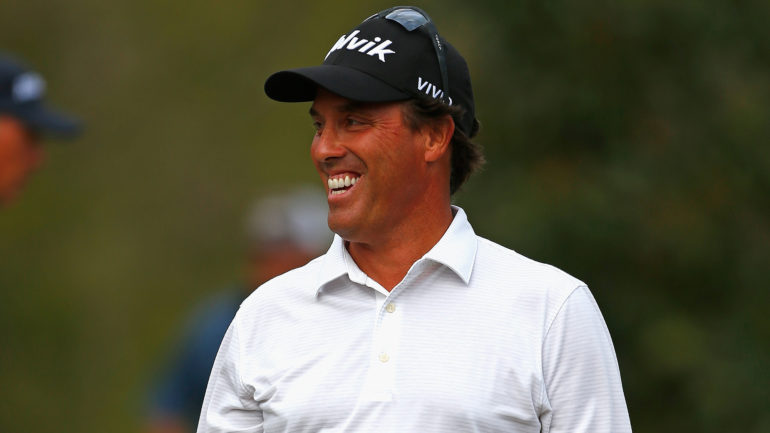 BILOXI, Miss. – Steve Stricker moved into position for his second straight PGA Tour Champions victory, shooting a 3-under 69 in gusting wind Saturday to take a one-stroke lead in the Rapiscan Systems Classic.

Stricker won the Cologuard Classic three weeks ago in Tucson, Arizona, for his first victory on the 50-and-over tour. He tied for 12th the following week in the PGA Tour’s Valspar Championship.

“It was a tough day today. It was a grind out there,” Stricker said. “The wind made it very difficult. The greens are very quick, you just had to hit some shots. I made a couple putts on the back side that got things going a bit for me, so in a good spot heading into tomorrow.”

Stricker had a 7-under 137 total at Fallen Oak, the Tom Fazio-designed layout with big, speedy greens. First-round leader Joe Durant followed his opening 66 with a 72 to drop into a tie for second with Jeff Sluman (67). Stephen Ames (68) and Billy Andrade (70) were 5 under.

Today was a good day for @StephenAmesPGA ?

“Just trying to get it up there in a 3-foot circle, really, around that hole,” Stricker said about the eagle. “The wind was blowing pretty good at the time, and there’s a lot of variables. Up the hill, it had a pretty big break to it. Just tried to lag it up there. Sometimes those are the ones that you end up making.”

“I don’t feel as much pressure, but still feel the pressure to try to win,” Stricker said. “It will be a challenge tomorrow for everybody who’s up around the lead. I think we’re going to get a little breezy day again tomorrow and the greens are still fast.”

Durant had an early double bogey and bogey.

“It was tough,” Durant said. “The wind was gusty and the greens were fast, so that combination makes it really difficult.”

“Very, very difficult,” Sluman said. “I think our officials did a great job of setting the golf course up. We had a few tees up on really long holes that were into the wind.”

Mark Calcavecchia, a stroke back after a first-round 67, had a 75 that left him tied for eighth at 2 under.

Two-time defending champion Miguel Angel Jimenez was tied for 45th at 4 over after a 76. 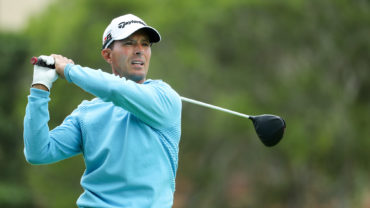