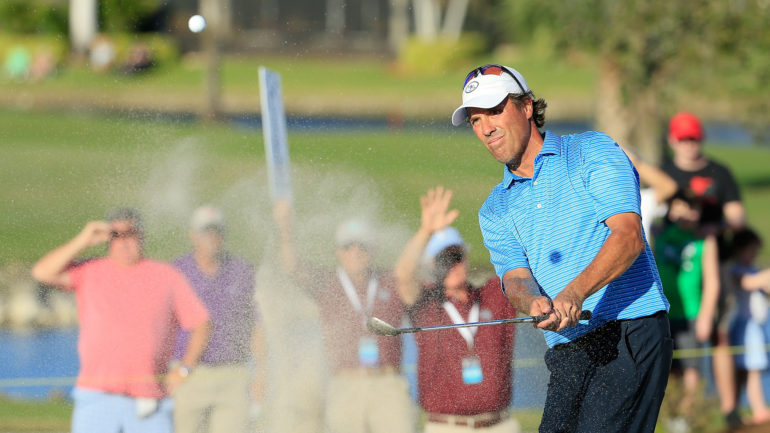 NAPLES, Fla. – Miguel Angel Jimenez won the Chubb Classic on Sunday for his seventh PGA Tour Champions title, beating Bernhard Langer and Olin Browne with a 5-foot par putt on the first hole of a playoff.

Jimenez closed with a 5-under 66 at The Classics at Lely Resort to match Langer and Browne at 13-under 200.

“I’m working hard and I practice and go to the gym, apart from smoking and drinking,” Jimenez said. “This is what I love to do. I love to play golf. To me, competing is my life. I go to any competition, I want to win. I working for that.”

Jimenez has won in each of his six seasons on the 50-and-over tour. The 55-year-old Spaniard won the major Regions Tradition and Senior British Open last season.

“It’s the beginning of the season,” Jimenez said. “We are on the third tournament of the season and all the season in front of us. This is gives you the energy and the confidence coming up.”

“I didn’t hit a very good tee shot in regulation and I had a lot of club in,” Browne said. “I was in between and I thought there was more wind, and frankly I hit a poor shot, but I ended up in a horrible situation.”

“Played some good golf, hung in there,” Langer said. “It wasn’t meant to be.”

Kevin Sutherland and Woody Austin each shot 69 to finish a shot out of the playoff.