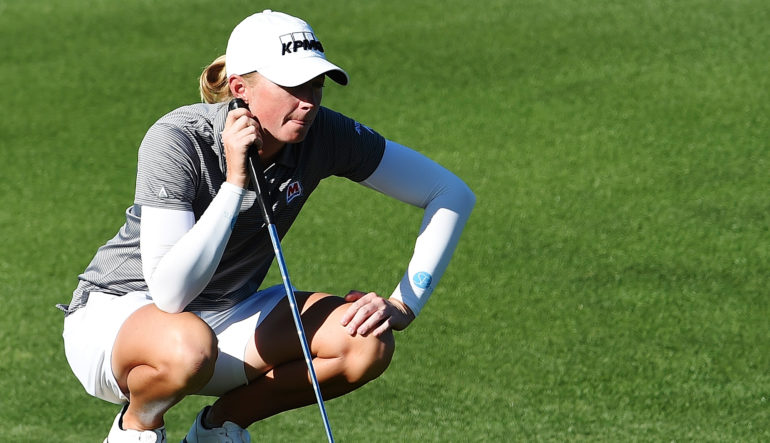 PHOENIX – Stacy Lewis was 9-under par after 11 holes Thursday in the Bank of Hope Founders Cup, putting herself in position to make a run at the second sub-60 round in LPGA Tour history. Then her ball stopped behaving in the thin, hot desert air.

“The ball started going really far,” Lewis said. “Maybe some adrenaline, I’m not really sure. Or just the dry air.”

Needing to play the final seven holes in 4 under to shoot 59, Lewis parred the next six and closed with a bogey after hitting into the deep left greenside bunker on the par-4 18th. She settled for an 8-under 64 and a share of the first-round lead with playing partner Ariya Jutanugarn and other afternoon starters In Gee Chun, Katie Burnett and Sandra Changkija.

Michelle Wie and 56-year-old Juli Inkster were a stroke with Jane Park, Vicky Hurst and Sherman Santiwiwatthanaphong on the hot day when 103 of the 144 players broke par.

“You kind of start thinking a little bit about what you’re shooting at that point, but just tried to keep hitting good shots,” Lewis said. “I did that for the most part most of the day. If you’d tell me at the beginning of the day I would shoot 8 under, I would take it any time.”

She birdied 10 and 11 and made a series of par saves before dropping the stroke on the last after short-siding herself and finding a bad lie in the bunker.

“It was pretty bad,” Lewis said. “It was kind of back up against a rake mark, so ton of sand behind the ball. Didn’t have a shot at it. Just trying to make bogey at that point.”

The 32-year-old Texan was trying to join Annika Sorenstam as the only LPGA Tour players to break 60. Sorenstam did it 16 years ago to the day, shooting a 13-under 59 at nearby Moon Valley.

The second-ranked Jutanugarn eagled the par-5 15th, holing a 20-footer. She’s playing without a driver.

“I don’t think I need it,” the long-hitter said.

Wie eagled the par-5 fifth. Winless in 62 events since the 2014 U.S. Women’s Open, she’s coming off a fourth-place tie two weeks ago in Singapore. She took a two-stroke lead into the final round, but closed with a 72 to finish five strokes behind winner Inbee Park.

“I was so proud of myself for putting myself there,” Wie said. “I was so confident all week and it felt great to be confident again, in contention. I was really disappointed on Sunday. I was sad. It definitely stung. You always want to win. At the same time, I played great on Sunday. Just couple putts didn’t go in, and I forgot you hit it farther when you get adrenaline going.”

Inkster is coming off a Legends Tour victory two weeks ago at Sun City West.

“I’ve been working hard on my game and it’s nice to see some results,” the U.S. Solheim Cup captain said.

Inbee Park opened with a 67. Finally over a left thumb injury, she won in Singapore in only her second start since winning the Rio Olympics in August.

“I made couple of mistakes, but felt pretty good over the putter,” she said

She three-putted the par-3 17th for a bogey, lipping out a short putt.

Wie has fought a series of injuries, and joked when asked if she was 100 per cent healthy.

“I’m not going to say that because every time I say that something happens,” Wie said. “No comment.”

She also drew laughs when asked to describe her modified claw putting grip.

“I have no idea,” Wie said. “At this point, I can’t describe anything I do while I putt.”

Defending champion Sei Young Kim overcame a bee sting on the palm of her right hand on the first hole – her 10th of the day – to shoot 67.

“They gave me medicine and it was better,” Kim said.

Ko shot 68. The top-ranked New Zealander has a new instructor, caddie and equipment company. She tied for second in 2014, tied for sixth in 201 and was second behind Kim last year. 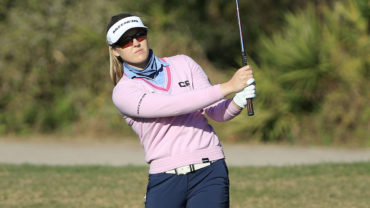 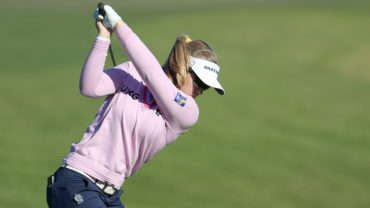 Henderson sitting in 5th before final round of the Diamond Resorts Tournament ... 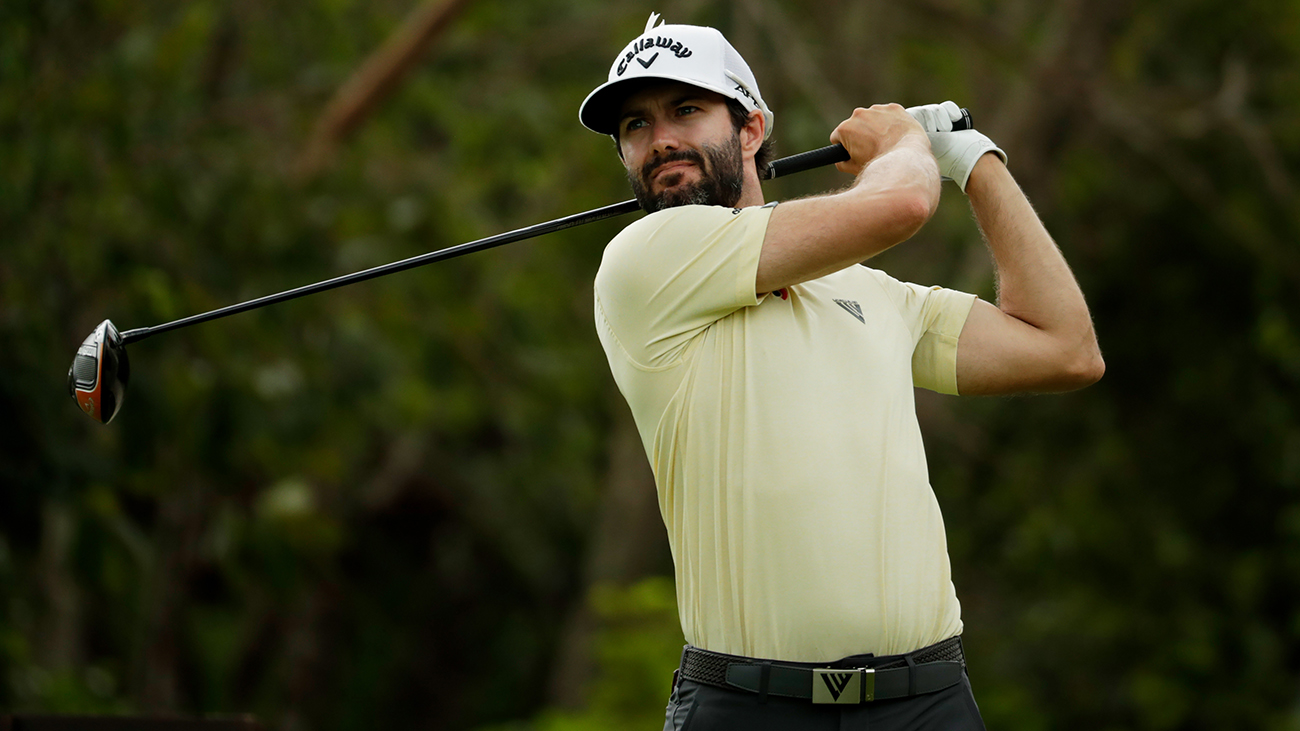