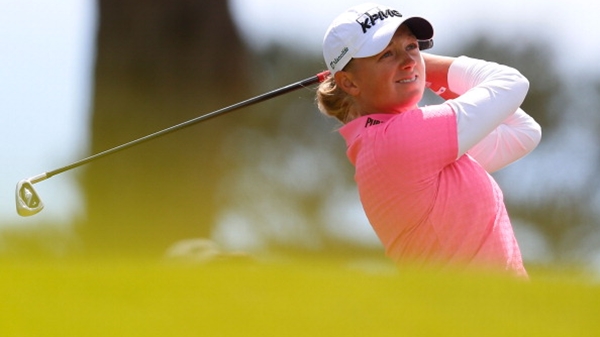 DALY CITY, Calif. – Stacy Lewis matched 17-year-old playing partner Lydia Ko with birdies on Nos. 15 and 16 and added another on the 17th to take a one-stroke lead Saturday in the Swinging Skirts LPGA Classic.

The third-ranked Lewis and fourth-ranked Ko each shot 4-under 68 at Lake Merced. Winless since the Women’s British Open in August, Lewis had a 10-under 206 total.

Ko won the Canadian Women’s Open as an amateur the last two years and took the Swinging Skirts World Ladies Masters in December in Thailand in her second start as a professional. She has five victories in pro events.

Jenny Shin was four strokes back at 6 under. She also shot 68.

Michelle Wie, the winner last week in Hawaii, was tied for 13th at 1 under after a 71.

Canada’s Alena Sharp was 6-over thru three rounds and tied for 48th.