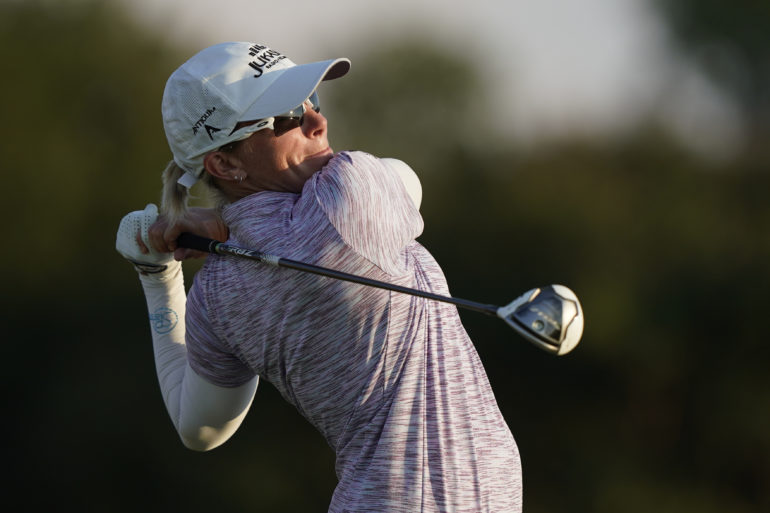 THE COLONY, Texas – Canada’s Alena Sharp shot a 6-under 65 on Friday for a share of the second-round lead with Brittany Altomare and Cheyenne Knight in the LPGA Tour’s Volunteers of America Classic.

Sharp closed with a bogey on the par-4 18th to drop into the tie for the lead at 9-under 133 at Old American Golf Club. Altomare had a 66, and Knight shot 67. The three leaders are winless on the LPGA Tour.

Knight was a two-time state high school champion at Aledo, just west of Fort Worth.

First-round leader Stephanie Meadow was 8 under, following her opening 63 with a 71.

Jaye Marie Green and Katherine Perry each shot 68 to reach 7 under.

Ariya Jutanugarn was 6 under after her second straight 68. The 10-time tour winner missed the cut last week in Indianapolis, ending her streak of 56 starts on the tour without missing a cut.