Adam Scott closer than ever to No. 1 and still trying to get better 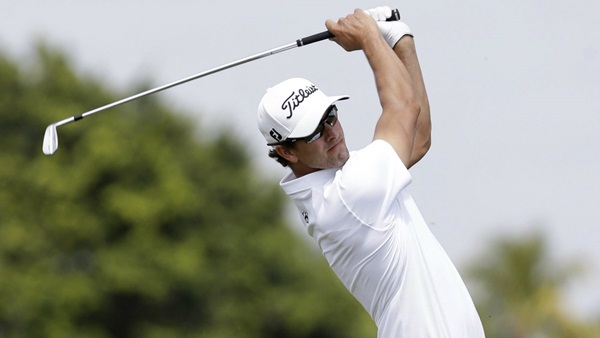 KAPALUA, Hawaii – Amid the chatter of holidays and college football, Adam Scott already was hard at work on the far end of the range at Kapalua.

He finished up a jumbo-sized bucket of balls by hitting some 20 shots with a 5-iron, turning the green turf into a square patch of brown with each divot. Scott never seemed satisfied. His only conversation with Brad Malone, his swing coach and brother-in-law, was whether he was set properly at the top of his swing.

“No time for a break,” he said when he was done, his tanned face dripping with sweat.

It’s almost as though last year never ended, and Scott would love that to be the case.

His plan to play less and gear his game more toward the majors paid off in a big way when Scott became the first Australian to win the Masters. And he didn’t stop there. He had the outright lead on the back nine of the British Open until tying for third. He was on the fringe of Sunday contention at the PGA Championship and tied for fifth. And then he won the toughest FedEx Cup playoff event, twice more in Australia and captured the team portion of the World Cup with Jason Day.

Scott ended the year at No. 2 in the world, closer to the top than he has ever been. On Thursday, the Golf Writers Association of America announced he had won its male player of the year in a narrow race – five votes – against Tiger Woods.

Now for the encore.

“My goal is to win majors – and now I can say ‘majors’ and not just one,” Scott said with a smile. “I think I’m heading in the right direction. I don’t want to change too much from last year.”

The start of the new year is more like the end of a long stretch for Scott.

He is among the favourites when the Hyundai Tournament of Champions gets underway Friday on the Plantation Course at Kapalua, part of a 30-man field comprised only of players who won on the PGA Tour last year.

Dustin Johnson is the defending champion. Only nine players are back from last year at Kapalua, a testament to how much tougher it is getting to win on the PGA Tour, and the field features 13 players who won for the first time. It no longer is the season-opening event because the new PGA Tour schedule actually began in October, so this is the seventh tournament of the season.

But it still feels like Kapalua always did – a fresh start, loaded with some of the best scenery and no shortage of optimism.

“It’s like the first day of school,” Zach Johnson said.

Scott didn’t take much of a break after his runner-up finish to Rory McIlroy in the Australian Open. He put the clubs away for 10 days and went at it hard in practice last week. After two weeks in Hawaii, he’ll disappear for six weeks, not resurfacing until the Honda Classic that kicks off the Florida swing.

But there is a drive to keep pushing, to keep improving bit by bit. He proved that last year after winning the Masters and refusing to contemplate any kind of celebration until he returned home to Australia.

“I’m happy with how it all worked out between Brad, Steve (Williams) and myself,” he said. “It’s the kind of plans we worked on, that after such a big high in April to not live off winning the Masters for the rest of the year, or the rest of your life. To keep pushing and keep my golf advancing. By the end of the year, I took my game that tiny, half-step further from where I was when I won a major. It’s just getting a little bit better, which is important if I want to achieve everything I ever wanted.”

Next on the horizon is a shot at No. 1, even if that’s not part of the plan.

Woods has an average ranking of 11.69, while Scott is at 9.60. And because both play no more than 20 events a year, he’s not far off. There was a time when Woods was on one of his big runs that reaching the top of the world ranking looked impossible to Scott.

“I don’t think I can set a schedule to focus on being No. 1 in the world,” he said. “It can only be a byproduct of everything else I do. It’s no small feat. The guy who’s had a stronghold on it for a long time doesn’t like giving that spot up much. I mean, look, for 10 years it wasn’t even a consideration. He was just playing at another level. But it’s such a long career. He’s going to play at a level that no one ever has for that long.

“But he has different levels of being No. 1, and this is just slightly different,” Scott said. “And the game has changed a bit. He’s still No. 1. It’s a hard spot to get to. Maybe if I play like I have for another 12 months, I might sneak in there. But it’s not something I can focus on.”