Some rookies debut in style on Augusta National 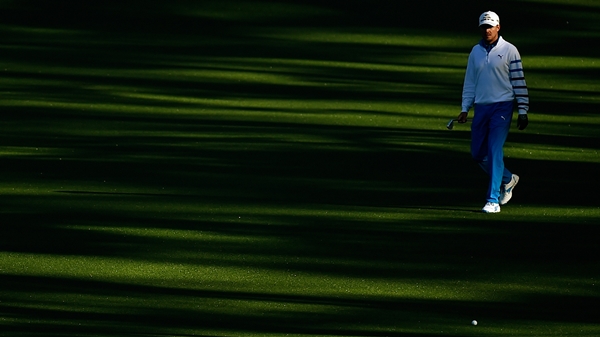 Even he wasn’t quite prepared for what Augusta National offered in his Masters debut.

Blixt did that well enough Thursday to shoot a 2-under 70, matching the best score among rookies as the Class of `14 debuted to generally favorable reviews on golf’s grandest stage. Joining him there was 35-year-old Jimmy Walker, a three-time winner this season who ran off four straight birdies on the back nine, and Kevin Stadler, son of former winner Craig Stadler.

Blixt did everything but stop to smell the azaleas as he took it all in with former champion Ben Crenshaw helping show the way.

“I just got a good feeling being on the grounds,” the Swede said. “It’s a soothing feeling.”

Jordan Spieth felt much the same way in his first crack at a tournament many in golf believe he will be playing in for a long time. The 20-year-old, who played his way onto the PGA Tour and the President’s Cup team last year, smiled as he approached his opening tee shot.

“I just soaked it in, it was really cool,” Spieth said. “I was watching the ball, and from there the adrenaline came in.”

Playing with Rory McIlroy and fellow first-timer Patrick Reed in the featured pairing of the morning, Spieth jumpstarted his round with a 30-foot putt for birdie on No. 5. He played Amen Corner in 1 under for an opening 71 that put him three shots off the pace set by Bill Haas.

Reed might have joined him there, but a bogey-bogey-bogey finish put him at 73.

“I felt they handled it really well,” said McIlroy, who had a 71 of his own. “They both had it under par, Jordan finished under par. Patrick didn’t have a good finish, but I felt like they played well.”

A Masters lacking Tiger Woods had plenty of newcomers, with 24 of the 97 players in the field making their Masters debut. Some handled it well, while others struggled on a course that can make golfers nervous.

Among them was Jordan Niebruge, a sophomore at Oklahoma State who got a spot in the field with his win last year in the U.S. Amateur Public Links. Niebruge shot a 9-over 81 that he said wasn’t as bad as it looked.

That can happen on a course that demands precise placement of the ball on approach shots to the green.

“I hit it well today and I found myself on the wrong side of the hole and got a couple bad breaks,” the 20-year-old said. “But other than that I was pretty close to having a good round.”

Another amateur, Oliver Goss of Australia, was at the Masters as a spectator last year with his college teammates from Tennessee. He took advantage of a practice round with defending champion Adam Scott to familiarize himself with the course before his first round.

When it came time to play for real, Goss used some inner psychology to get around in a respectable 4-over 76.

But it’s hard to ignore history at Augusta National.

Blixt found that out when he was paired with the 62-year-old Crenshaw, playing in his 43rd Masters. His caddie, Carl Jackson, has been around even longer.

Canada’s Graham DeLaet would love to his first competitive round at Augusta National back. The Weyburn, Sask. native opened with an 8-over 80 and is tied for 90th.

Thursday didn’t start off on the right foot for DeLaet with a bogey on the first hole. That negative momentum carried the entire front nine as DeLaet bogied six of his first seven holes including four in a row on holes four through seven.

DeLaet calmed down a bit on the back nine where he pared every hole except 10 and 14 where he added two more bogies.