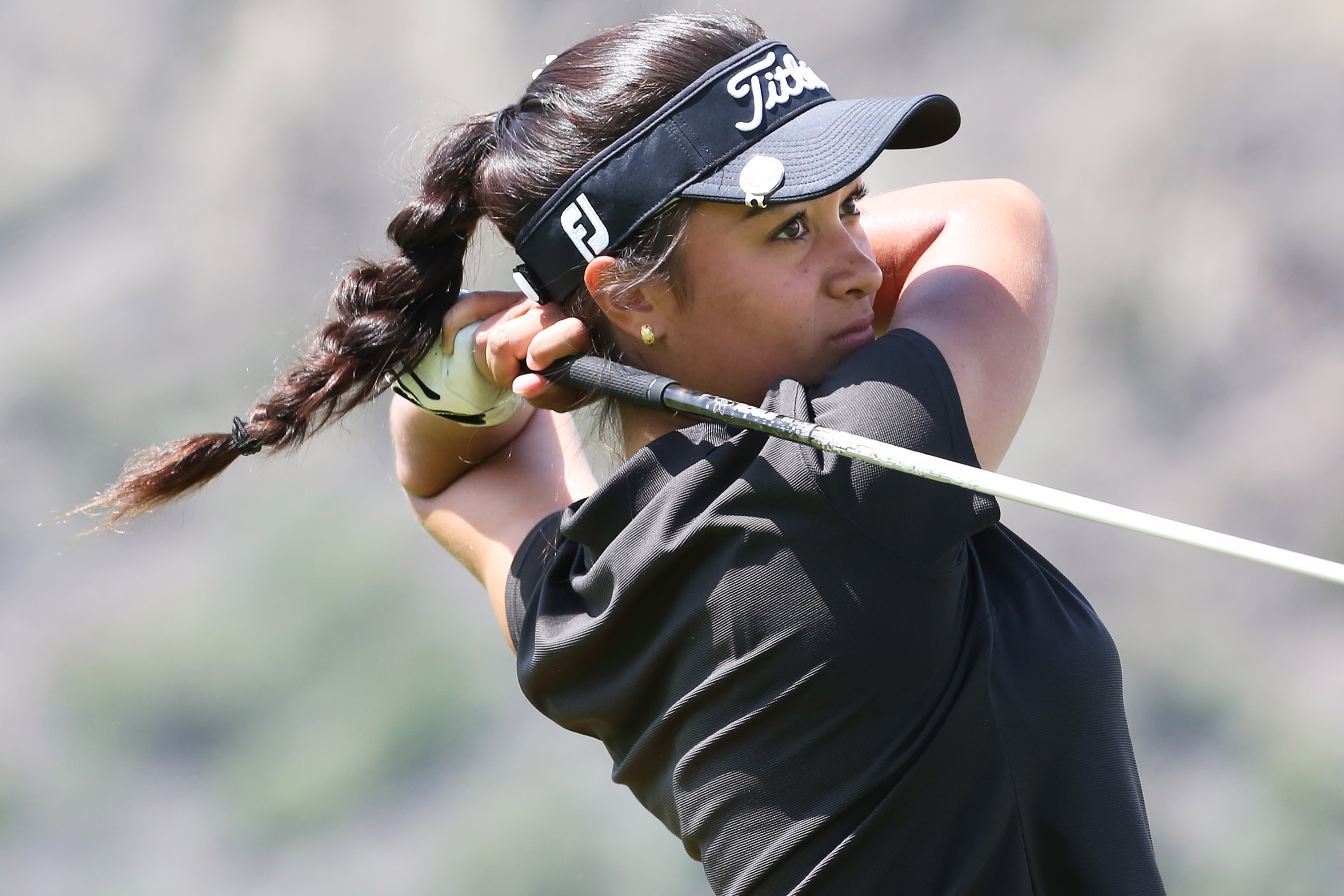 SHUBENACADIE, N.S. – Intermittent rain dotted the day at the Links at Penn Hills as the 2016 Canadian Junior Girls Championship completed its third round. Mary Parsons crafted a 2-under 70 showing to join Naomi Ko atop the leaderboard.

Parsons started slow, recording a double-bogey on the 6th hole and a bogey on No. 8. A third on the par-4 10th hole moved the Delta, B.C., native to 2-over with eight holes remaining.

“I felt that I did get off to a little shaky start on the front nine,” said Parsons. “Definitely when the weather started clearing up, I felt like I could play to my advantage, and on the back nine, I started sinking more putts and swinging easier.”

The 2016 CN Future Links Pacific champion rebounded with a birdie on the par-4 12th hole, before stringing another three together on holes 14 to 16 to sit alongside second-round leader Naomi Ko at 5-under 211. The 17-year-old is hoping to improve upon a T14 result from the 2015 national championship at Deer Park Golf Course in Yorkton, Sask., but knows victory will not come easily in such a skilled field.

“Naomi played steady the whole day, and Chloe [Currie] played great, too. I think tomorrow, I’m just going to keep playing to my advantage, playing steady like I always do and hitting more greens.”

Ko, a member of Team Canada’s National Amateur Squad, collected two birdies on the day, but finished with a 73.

“My ball striking wasn’t as great as yesterday, but with golf every day, it’s different, so I tried to hang in there,” said the native of Victoria. “I think it’s actually kind of nice to share the lead going into the last round. It gives me something to fight for tomorrow. It’ll be a good competition.”

Development Squad member Chloe Currie carded four birdies across a bogey-free round to take hold of third in the overall competition. The Mississauga, Ont., native’s round of 68 extended her advantage atop the 16-and-under Juvenile division. She sits four strokes ahead of Notre-Dame-de-L’Île-Perrot, Que., resident Céleste Dao.

Dao finished with a seven-birdie, 5-under performance for the day’s low round. The 15-year-old moved into second-place in the Juvenile division and took hold of fourth in the Junior standings.

The British Columbian trio consisting of Parsons and Development Squad members Tiffany Kong of Vancouver and Hannah Lee from Surrey finished 2-over 290 to claim victory in the inter-provincial team competition which was played over the first 36 holes.

The 2016 Canadian Junior Girls champion will receive an exemption into the 2017 Canadian Women’s Amateur Championship hosted at Cutten Fields in Guelph, Ont., from July 25 to 28.

The final round of competition will see the first group tee off from No. 1 at 7:30 a.m. ADT.