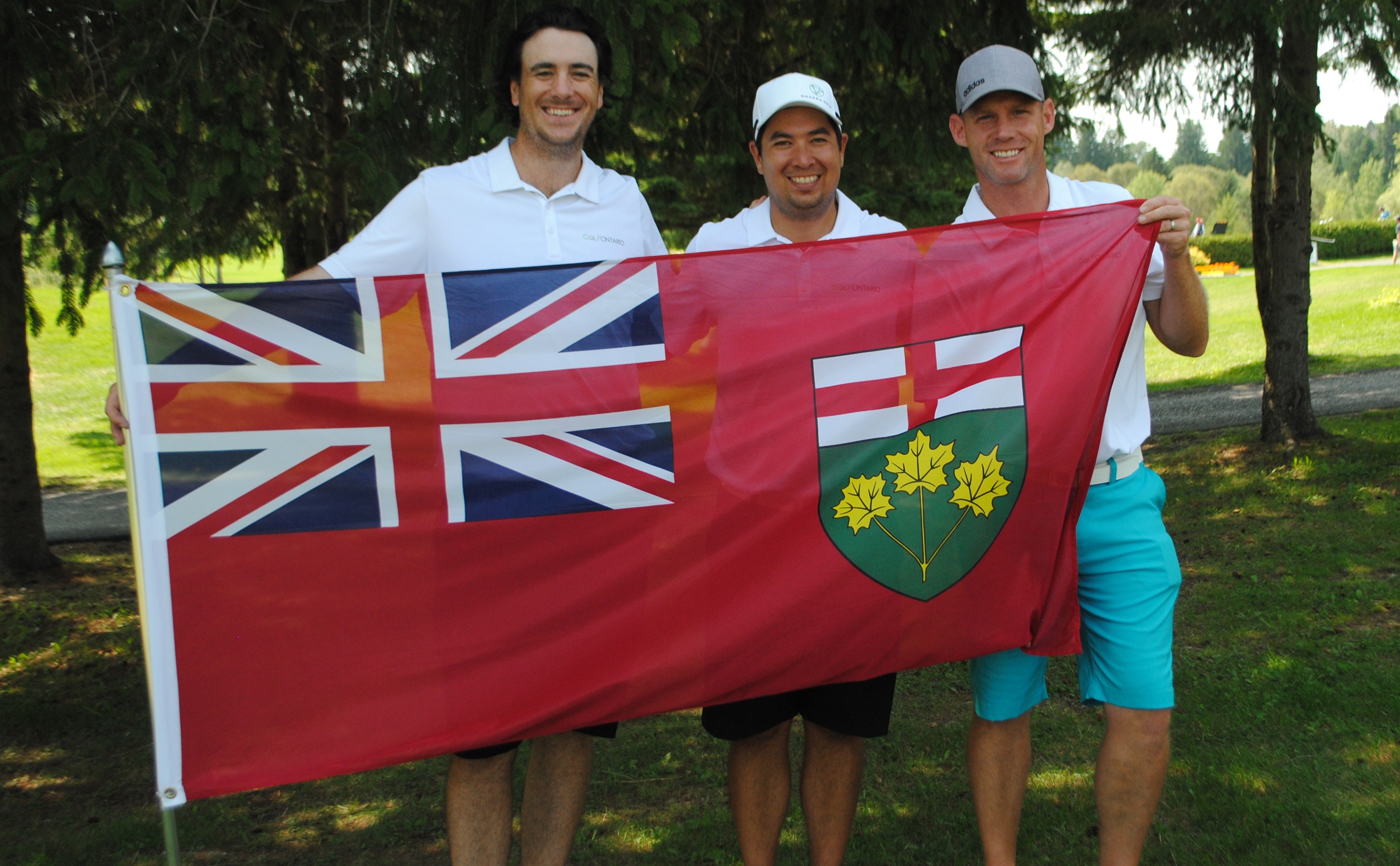 BROMONT, Que. – The second day of the 2016 Canadian Men’s Mid-Amateur Championship saw Team Ontario capture the R. Bruce Forbes Trophy after reclaiming their province’s 2015 team title with a 15-under 273 showing. Team Alberta’s Jordan Irwin carded a 65 through persistent winds at Golf Château-Bromont to sit alone atop the leaderboard.

Matthew Sim (Oakville) led the Ontario contingent – including Ryan Kings (Kitchener) and Charles Fitzsimmons (London) – with a 5-under 67 performance.

“It’s my first time on Team Ontario and it’s just been so much fun. It’s nice to bring this title back,” said Sim, a University of Waterloo alumnus. “Playing with a team is different because there’s a little more pressure behind it that you definitely feel, but it’s just like university golf.”

The 29-year-old recorded a single bogey through his six-birdie day to sit T2 at 8-under in the individual standings alongside 18-hole co-leader Jacob Peterson of Montréal.

Kings carded a bogey-free 68 to claim a share of fourth at 7-under alongside Philip Arci (Vaughan, Ont.) and two-time Canadian Men’s Mid-Amateur champion Garrett Rank (Elmira, Ont.). The 39-year-old Kings enjoyed the novelty of representing his home province alongside the people against whom he typically competes.

“I’ve never played on a golf team before so it’s nice to form some camaraderie with the guys. I loved representing Ontario and I hope I can do it again next year.”

Irwin recovered quickly from a bogey on his first hole with a trio of birdies through Nos. 3 to 8 and an eagle on the par-5 9th. A 3-under back nine vaulted the 2016 Alberta Mid-Amateur champion into a four-stroke advantage in the overall standings at 12-under 132.

“I didn’t hit the ball as well as I would have liked, but my putter was solid and my misses were pretty good,” said the 31-year-old. “I didn’t think about the cut all day, which is rare. I’m just going to keep trying to play well, work hard at every shot and enjoy it.”

The 2016 Canadian Men’s Mid-Amateur champion will receive an exemption into the 2017 RBC Canadian Open hosted by Glen Abbey Golf Club in Oakville, Ont., from July 24 to 30.

A total of 70 players finished 149-or-better to advance to the final two rounds of the Canadian Men’s Mid-Amateur Championship. The third round will see the first groups tee off from holes 1 and 10 at 7:30 a.m.