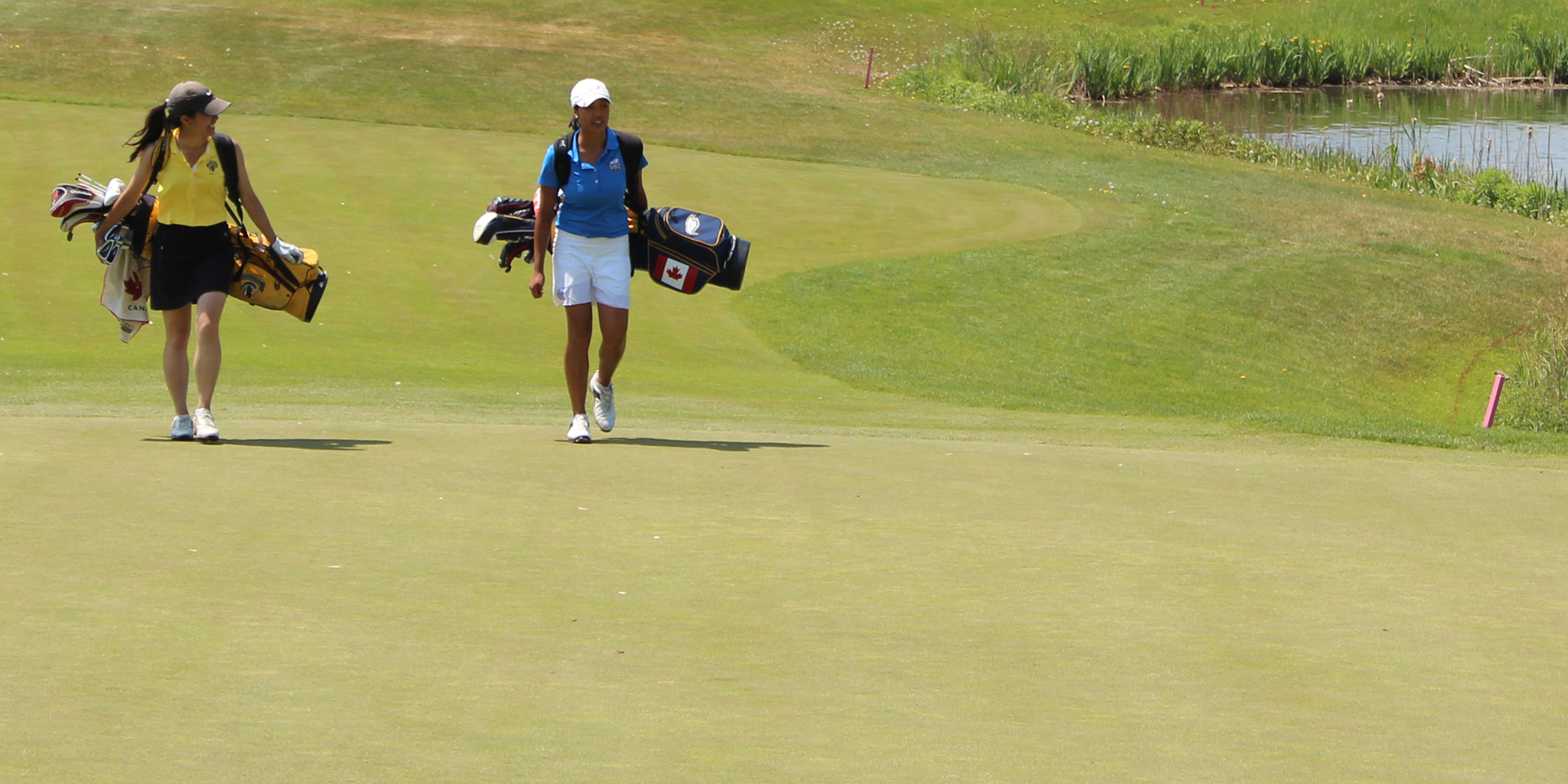 Guelph, Ont. (Golf Canada) – Following three rounds of play at the 2015 Canadian University/College Championship at Cutten Fields in Guelph, Ont., a great deal remains unclear. The races for individual honours are tied while the top contenders in the team championships are only separated by a handful of shots.

The University of British Columbia (UBC) Thunderbirds men’s team kept an impressive field at bay, as several challengers took full advantage of prime conditions to register strong third rounds. The Thunderbirds – who have lead throughout the tournament – again demonstrated their consistent play, shooting a combined three over par on the day.

Peter Crocker, serving as UBC’s acting-coach for the competition, spoke to the focus and mindset of his charges in preparing for the day. “I think at a team level, we were pretty confident that we could play well and be in contention. Our goal after three rounds was to be in the top three and to be in good position on the last day.”

The University of Victoria Vikes kept pace with the leaders and vaulted into second on the strength of a combined two under par performance. The University of the Fraser Valley Cascades registered their best combined score of the tournament to claim sole possession of third after opening the round in a three-way tie for the spot.

Thunderbird Evan Holmes shot a team-low four under par with one eagle and three birdies to climb into a share of the lead in the individual competition at 1-over (70-75-66—211). Also tied with for the lead is Aaron Pauls of the Cascades, who carded a round of 68 – his best day of the competition. The University of Toronto’s Truman Tai went bogey-free to move into solo third.

The day’s stand-out performance belonged to Arthur Heinkelé who flirted with the course record of 62. The native of France registered a tournament -low 6-under-par 64 to jump from a share of 31st to fourth place. His exceptional round featured the highlight of the day – he holed out from 146 yards to eagle the par-4 10th.

“I made some very good shots, but also some big mistakes,” admitted the Université Laval Rouge et Or student, who totaled seven birdies to accompany his eagle. He remained focused when asked what he needs to do tomorrow. “Just be patient, there’s no reason I cannot make birdies. I still have to play 18 holes and then see whatever happens; I still need to play good golf tomorrow.” Heinkelé sits T4 with defending individual champion Scott Secord who shot a 72 on the day.

In the women’s division, the Université de Montréal Carabins overtook the University of Toronto Varsity Blues after starting the day in second.  The Carabins team captain, Sarah-Andréa Landry, believes she is rounding into form at just the right time to lead her squad. “I’m really motivated and I think I brought this to the girls and helped them stay focused in the moment and take [the round] shot-by-shot.”

The Varsity Blues reversed positions with the Carabins and now sit one shot back of the leaders after a round of 229. Ana Peric of Etobicoke, Ont., shot a women’s side day-low score of two over par in a valiant attempt to keep her Toronto side close to the leaders. Rounding out the top three women’s teams is the University of Victoria who remain within striking distance at four strokes behind Toronto.

Brynn Tomie of the Vikes continued her push up the leaderboard with a score of 75 to bring her three day total to 225. The Bedford, N.S., native shot five over par to move into a share of the lead with Caroline Ciot – who held first place heading into today’s action. This is familiar territory for the two student-athletes – the pair shared third place going into the final day of the 2013 edition of this competition. Holding third is Alexandra Pelletier whose round of 77 was the team-low score for the Université Laval.

The top six women’s teams and the top 10 men’s teams have made the cut and will go on to the tournament’s finale. Players within 15 strokes advance to the final round of competition where team and individual honours will be awarded to the 2015 Canadian University/College champions. Additional information on the tournament can be found here.