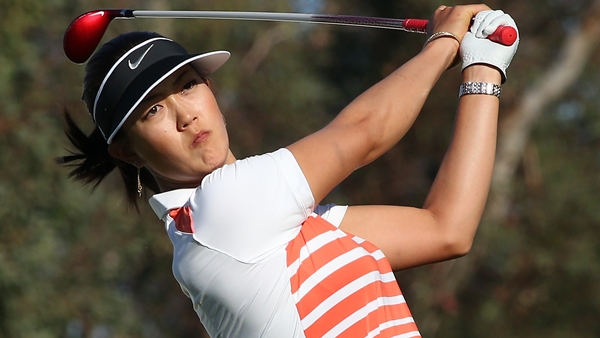 RANCHO MIRAGE, Calif. – Michelle Wie and Lexi Thompson topped the Kraft Nabisco leaderboard, setting up a possible final-round showdown the LPGA Tour has been waiting for.

The 24-year-old Wie shot a bogey-free 4-under 68 on Saturday to match Thomson at 10-under 206 at Mission Hills in the first major championship of the year.

The 19-year-old Thompson settled for a 69 after driving into a fairway bunker and missing a 3-foot par putt on the par-5 18th. She also missed two short birdie putts.

Charley Hull, the Englishwoman who turned 18 last month, was two strokes back along with five-time major champion Se Ri Pak. Hull birdied the 18th for a 66, the best round of the day in perfect afternoon conditions in the Coachella Valley. Pak shot 71.

Brooke Henderson shot a bogey-free 2-under par 70 Saturday to sit tied for 19th at 1-under 215 heading into the final round. The 16-year-old Smiths Falls, Ont. native is playing her second LPGA Tour major, having previously made the cut at the 2013 U.S. Women’s Open where she tied for 59th. The Team Canada member is also the defending Canadian Women’s Amateur Champion.