Maclean’s got it wrong 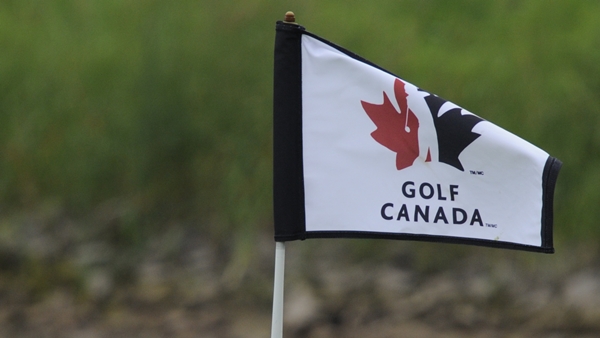 There was a bit of a buzz in Canadian golf circles last week following an article in Maclean’s that ran with a headline, “Why Canadian Golf is Dying” which suggested the demise of Canadian golf.

I know sensational headlines are meant to grab attention but I took issue with the suggestion of golf’s demise in an article that I found confusing at times and misleading in some cases given a number of omitted facts about Canadian golf that would clearly dispute the writer’s narrative.

There’s no debating that rounds of golf are down from past years when our industry was really booming. The fact is all recreational activities – golf included – are dealing with a new normal in how consumers spend their recreational dollars. Competition from within the industry and among other sports or activities is as high as it’s ever been.

The article written by Chris Sorenson has generated discussion within the industry. Canadian golf journalists Robert Thompson and Ian Hutchinson were among those weighing in with thoughts on their respective blogs.

I shared my own comments on the article in the form of a letter to the Maclean’s editor. I wanted to stress that the game has gone through various up and down cycles over the past century and that I fully expect the game to weather this most recent down period. As John Gordon wrote earlier this year, we need to have more faith in the game, and I couldn’t agree more.

I invite you to read my response letter below and should you have your own comments, feel free to send to Maclean’s or share with me directly on Twitter @golfcanadaguy or email me at ssimmons@golfcanada.ca.

Letter to the Editor of Maclean’s:

Re: “Why Canadian Golf is Dying” article by Kevin Sorenson

Kevin Sorenson’s article “Why Golf is Dying” got it wrong.  While obviously provocative, your alarmist headline couldn’t be further from reality.

Like all recreational activities – golf is dealing with a ‘new normal’ in how consumers spend their recreational dollars. Overall rounds are down from an incredible boom period in the 90’s that saw a spike in interest and a subsequent surge in new course builds. This has resulted in healthy competition for the golfer’s interests. This being said, golf still remains the most popular sport in Canada, with more participants than any other sport, and more players per capita than any other country in the world.

The current competitive climate has validated golf’s current focus to welcome more youngsters and newcomers, to ensure a strong base of new players going forward. With an eye towards bringing in new enthusiasts, there are many options available to families through programs offered by Golf Canada, the PGA of Canada, and the golf course owners – Golf in Schools, CN Future Links, and Take a Kid to Course Week,  just to name a few.

I read an insightful comment earlier this year in that, “Golf, like the people who play it, is a living, breathing thing. Like us, its existence is typified by cycles.” We’ve experienced similar high and low points for golf over the past century, just like anything else in life. However, the game of golf – with its storied past, a present that has an abundance of rising Canadian stars, and a future that will see the sport return to the Olympic stage in 2016 – with Canada as defending champion from 1904 – is poised to see another growth cycle.

A Canadian Golf Economic Impact Study released in June measured our sport’s worth to the Canadian economy at more than $14 billion, which is a staggering figure that represents more than 1% of our nation’s total GDP. Direct revenues generated by golf courses and their facilities as well as stand-alone practice ranges ($5 billion) are more than the revenues generated by all other participation sports and recreation facilities combined ($4.8 billion) in Canada. The study reinforces the massive financial, charitable, tourism and positive environmental impact our sport has in communities across Canada. Our industry impacts hundreds of thousands of jobs and billions in tax dollars. Consider the number of Canadians who plan golf vacations or the municipalities and golf destinations that drive tourism. Look no further than the massive charitable contribution of $533 million raised annually at 37,000 events held at golf courses.

Not only is golf the most practiced sport in Canada, with more golfers than hockey or soccer enthusiasts, it is a dynamic component of this country’s economic engine. These facts certainly do not support the writer’s “sky is falling” narrative and they hardly depict an industry in its demise.