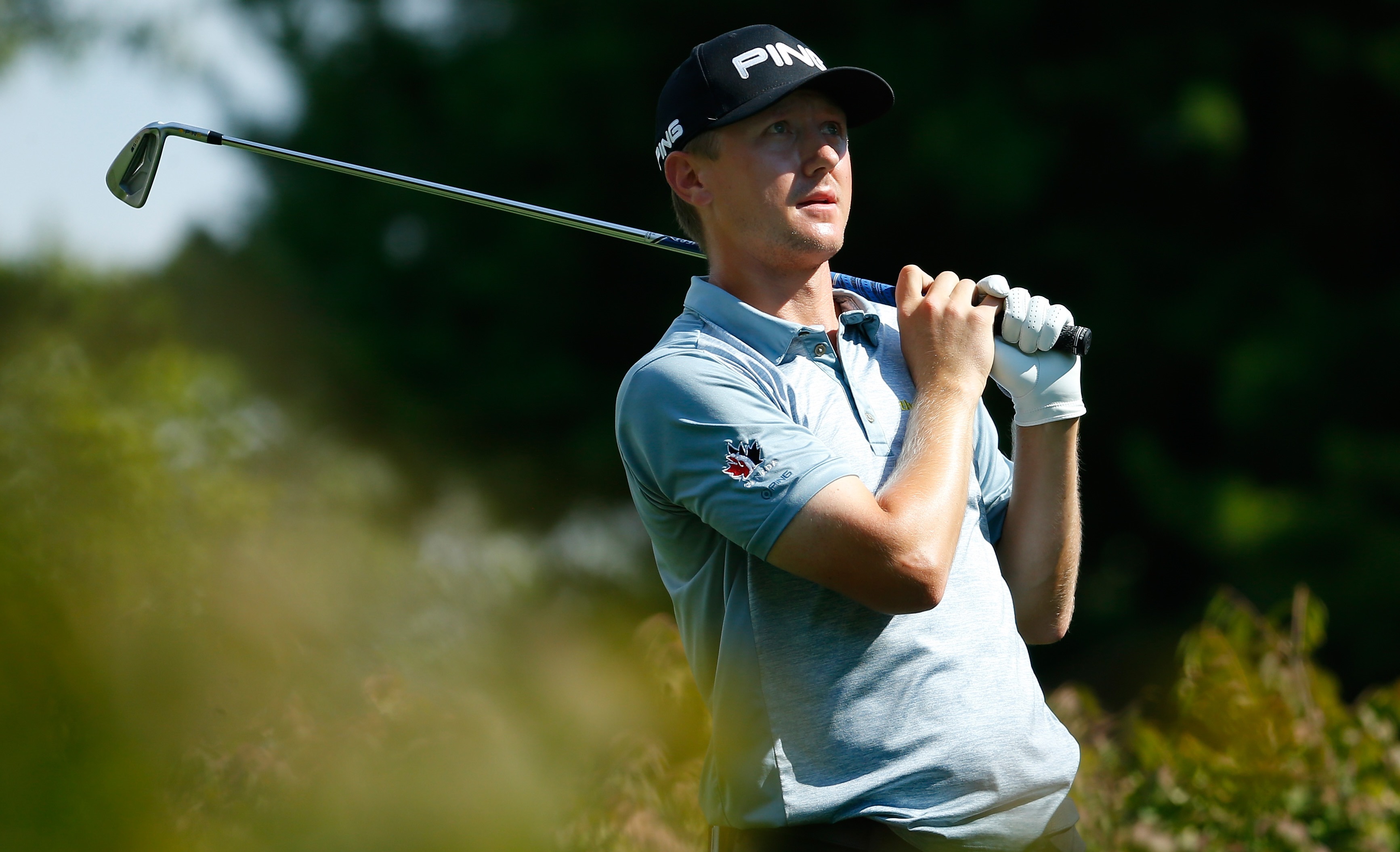 Patience is paying off for Canadian golfer Mackenzie Hughes.

Thing are falling into place for the 25-year old from Dundas, Ont., who will be making his debut as a full-fledged PGA Tour member this week at the Safeway Open in Napa, Calif. Next week he’ll marry his long-time partner Jenna Shaw in a ceremony in his adopted home of Charlotte, N.C.

“To be where I am now is kind of surreal when I think about it,” Hughes said over the phone en route to the West Coast. “Even though things were dragging along this summer, early on, everything’s happened relatively quickly from last year to where I am now. I’m grateful, but by no means do I think I don’t deserve it. More than anything, I’m just excited to get going.”

Hughes has learned to temper that excitement while looking for his path to the PGA Tour. His approach paid dividends when he captured the Price Cutter Charity Championship on the Web.com Tour in August and finished 17th on that Tour’s money list. The top 25 finishers earn a spot on the PGA Tour for the following season.

Hughes’ maiden victory came after he rolled in an 18-inch birdie put on the final hole to win by one shot.

“It’s probably one of the hardest things to do as a professional golfer, not get too far ahead of yourself,” he said. “There were tons of times when I got ahead of myself, about what the win would mean for me and my family, and then brought myself back.”

The two-time Canadian Men’s Amateur Champion (2011 and 2012) captured the Order of Merit title in 2013 on the Mackenzie Tour-PGA Tour Canada, which gave him full status on the Web.com circuit in 2014. But he struggled, admitting he was inexperienced for such a big stage.

In 2015 he returned to the PGA Tour Canada, where he finished 13th on the money list. He earned a spot on the Web.com Tour last winter in a qualifying tournament.

“When we launched the Mackenzie Tour as PGA Tour Canada in 2013, we hoped to see many journeys like Mackenzie’s unfold,” said PGA Tour Canada Tour president Jeff Monday. “Seeing players benefit from their performances in Canada and then go on to prove themselves a the next level is certainly encouraging.”

Hughes was part of Golf Canada’s national team program as an amateur and remains involved today. Hughes’ coach is Derek Ingram, who leads the national team and was at the helm of Canada’s Olympic golf team in Rio de Janeiro.

“The recipe Mackenzie has been using the last few years to get on the PGA Tour is almost exactly the same recipe he needs going forward,” Ingram said. “We are going to work on the same plan, be disciplined and professional in his approach, and just continue to be Mackenzie Hughes.

“We’re going to focus on getting a little bit better, but not search for unicorns out there. He knows if he plays his game, he will have plenty of success.”

Hughes connected with fellow Canadian PGA Tour golfers David Hearn and Nick Taylor prior to this week. Both advised Hughes on what they wished they could have done differently in their first seasons on Tour.

“They had great advice for me. It’s nice to know what some of those guys learned in their first year and just put it in my back pocket,” said Hughes. “I’m not going to play with Rory McIlroy one day and change my swing to hit it like him. It’s important to have that belief that what you did to get there (the PGA Tour) is good enough.”

Where Hughes finished on the Web.com Tour’s money list determined what PGA Tour events he will be able to get into during the six-tournament ‘Fall Series’ portion of the 2016-17 Tour schedule. He does not have enough status to pick-and-choose the rest of his schedule like veterans Hearn or fellow Olympian Graham DeLaet.

He wedding will keep him from next week’s event in Kuala Lumpur, but he will return for the Sanderson Farms Championship – won by Taylor in 2014. 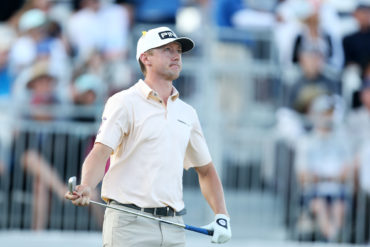 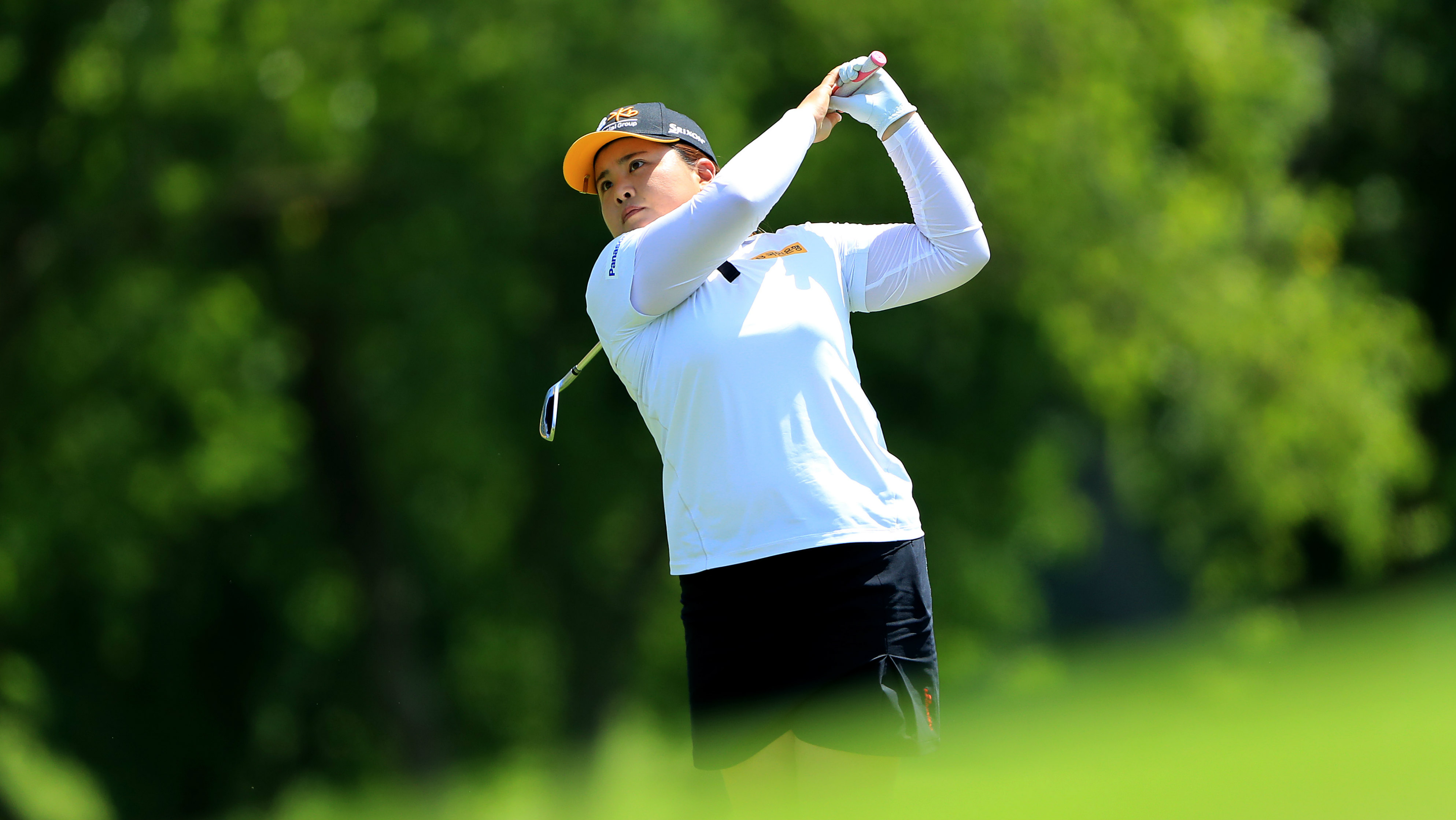