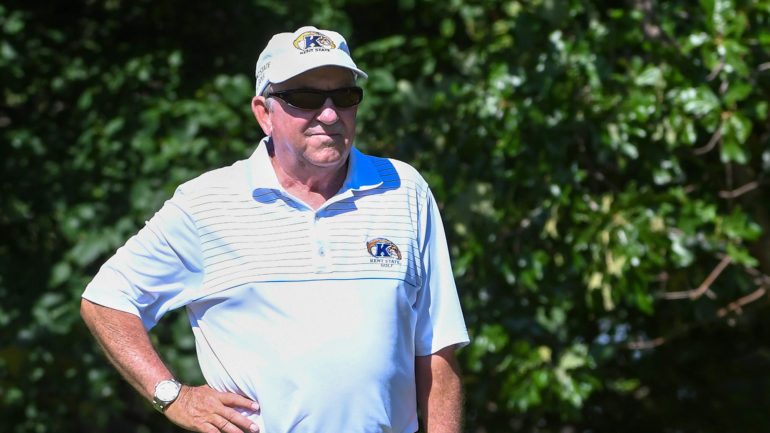 KENT, Ohio  – Longtime Kent State golf coach Herb Page will retire at the end of this season and end his storied run at the school.

Page has coached the Golden Flashes since 1977, building the men’s golf program into one of the nation’s most consistent and decorated. Under Page, Kent State has won 22 Mid-American Conference titles, appeared in 17 NCAA championships and he’s had 28 All-Americans, including Ben Curtis, the 2003 British Open champion.

“I feel Herb is the best coach in America,” Curtis said. “The record shows that, but the support he provides to all former players is phenomenal, no matter what the player moves onto after graduation. I would not have had the success that I’ve had without his coaching, guidance, support and friendship.”

“Kent State means so much to me,” said Page, who played three sports at the school in the early 1970s. “I am forever grateful to the university and all of the administrators, staff and student-athletes I have had the privilege of coaching, who made our golf program so successful. This is my alma mater and the Kent community has been my home ever since.

“But most of all, I am indebted to the wonderful student-athletes I have worked with. It is humbling to reflect on all that they have achieved over the past 41 years and the amazing memories that we have made together.”