Lee takes sole lead at 9-under in Evian Championship 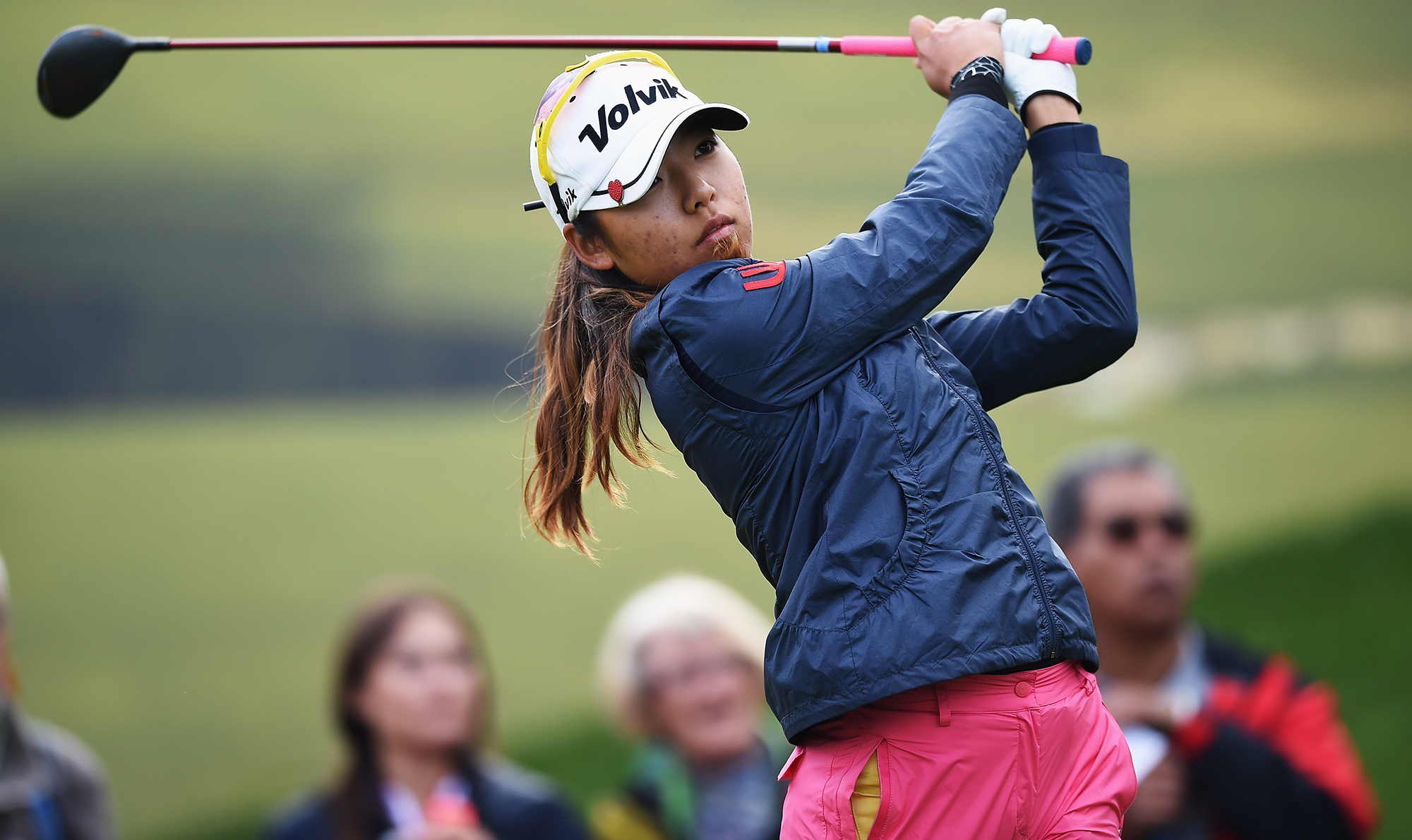 EVIAN-LES-BAINS, France – What she lacks in experience, the 22-year-old Mi Hyang Lee makes up for with advice from her 69-year-old caddie.

The South Korean took the sole lead at the Evian Championship after a 4-under 67 Friday in the second round. With a 9-under total of 133, Lee heads into the weekend of the final major of the season with a one-shot lead over American Morgan Pressel.

While Pressel has already won a major, Lee is chasing her first one. She has showed that she can hold her nerve when it really matters – claiming her only victory on the U.S. LPGA Tour last year at the Mizuno Classic after coming out on top of a three-way playoff with a birdie on the fifth extra hole.

To add an extra dose of knowledge to her game, she recently hired veteran caddie Mike Harig. They started working together in July.

“I’m a young player and he’s pretty old, 69 years old, the oldest caddie on the tour,” Lee said. “He has a lot of experience, so that’s a lot of help for me.”

Pressel gave herself a chance of a second major win after making eight birdies.

Meanwhile, top-ranked Inbee Park, seeking a career Grand Slam, made six birdies but struggled on the back nine with two bogeys and a double bogey on the par-4 No. 11. She is tied for 20th, eight shots off the pace, with two Americans – Michelle Wie and Beth Allen. Wie hit a second-round 66 after an opening 75.

Pressel carded a 6-under 65, the lowest score so far at the tournament. She was tied for 12th when starting the day in cold and rainy conditions and bogeyed twice in her five first holes, before thriving once the sun broke through.

“I didn’t let that (start) bother me, and just kept trying to plug along and make more birdies, and was able to do so,” said Pressel, after her best round in 10 Evian appearances.

On a course she knows inside out, the 27-year-old Pressel is oozing with confidence.

“This is my 10th year but only the third year on this new golf course, but it’s still similar,” she said.

Pressel’s U.S. Solheim Cup teammate, Lexi Thompson, who shared the lead with Lee at 5 under after the opening round, is now trailing the South Korean by five shots after shooting a 1-over 72.

Holding a share of the first-round lead for the first time, Lee picked up where she left off on Thursday night. Back on the course Friday at 8:18 am, she birdied the par-4 1st hole and added three more before the turn.

She birdied the par-5 13th but fluffed an easy birdie putt on the par-3 16th after landing a very long iron three feet from the hole, and stumbled with a bogey on the par-4 18th.

Nicole Broch Larsen, fresh from winning the Helsingborg Open on the European Tour, had no problem with the early showers on the shores of Lake Geneva, starting her second round with two birdies in her four first holes.

Playing in the Evian Championship for the first time, she hit three more birdies on her back nine to make up for a bogey on the par-3 5th. She carded a 67 that lifted her to third place on the leaderboard, two shots behind Lee.

“I struggled a little bit with my driver on the back nine but I kept it together, kept fighting. I had an eagle chance on 13, 5-meter putt, but it just lipped out. I finished with a birdie so it was nice,” the Dane said.

Meanwhile, Karrie Webb carded 74 after opening with 71 to share 45th place on 3 over. Webb, who is attempting to win her sixth different major, did not hide her frustration, biting her fingers and slamming the grass with her clubs at least twice on the undulating Evian course.

China’s Shanshan Feng had another 68 and moved fourth at 6-under, with Lydia Ko two shots adrift of her and tied for fifth. The 18-year-old Ko shot a 69 and is pursuing her last chance to become the youngest woman to clinch a major. If she wins this week she will surpass Pressel, who won the Kraft Nabisco Championship at 18 years, 10 months, 9 days.

Hamilton, Ont., native Alena Sharp posted a second round of 3-under 68 to move into a tie for 32nd place. A day following her 18th birthday, fellow Ontarian Brooke Henderson of Smiths Falls carded a 74 and sits T37.