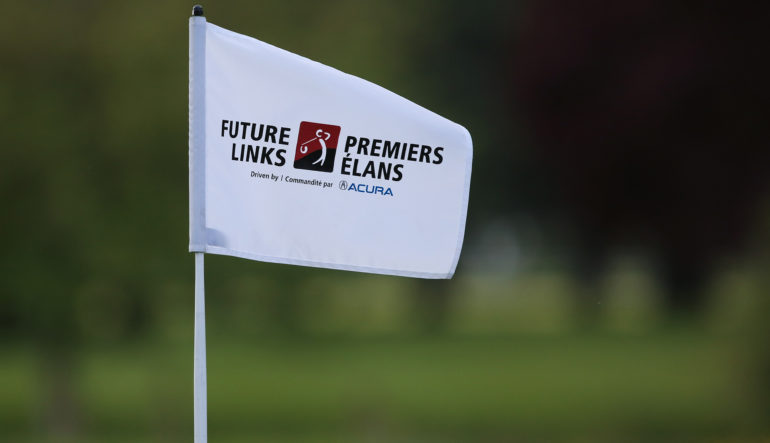 LACHUTE, Qué. —Golf Canada’s seventh regional junior golf championship of 2019 will kick off this Friday as the Future Links, driven by Acura Fall Series gets underway on course No. 1 at Lachute Golf Club.

The competition marks the second year of the Future Links, driven by Acura Fall Series — two additional junior golf tournaments that were introduced last fall to increase the competitive offering for up-and-coming young players. The Future Links Championship series now features eight tournaments through the course of the season, each hosted in collaboration with the host club’s provincial association.

Founded in 1923 by Gilbert E. Ayers, the Lachute Golf Club is recognized across Canada as one of the most beautiful places to play golf. The two distinctive courses were designed over 400 acres by world-renowned architects, Stanley Thompson and Howard Watson, in a majestic natural setting in the foothills of the Laurentians. Its greens have been graced with the presence of legends like Arnold Palmer, Lee Trevino, Nick Price and LPGA great Judy Rankin, amongst others.

The 54-hole stroke play tournament will begin with a practice round on Sept. 19 before the tournament gets underway with round one on Sept. 20.

“Golf Québec is thrilled to return to Lachute to host this Future Links Fall Series event with Golf Canada, at one of Québec’s most storied golf properties,” said Éric Couture, tournament director with Golf Québec. “Bringing a second Future Links regional championship to the province affords us a chance to showcase the skills of Canada’s premier junior golfers and further their development. We look forward to observe how this strong field of junior athletes navigate the many challenges that await on course No. 1 at Lachute.”

The field will consist of 99 male and female junior golfers, with the top three of each division earning exemptions into their respective Canadian Junior National Championship.

72 boys will vie for one of three spots into next year’s Canadian Junior Boys Championship, to be held from Aug. 10 to 13, 2020 at Rivershore Estate & Golf Links in Kamloops, British Columbia.

The Junior Girls Division will see 27 girls compete for exemption into the 2020 Canadian Junior Girls Championship, which takes place next July 28 to 31, at Club de golf de Lorette in Loretteville, Québec.

Any tie for the third position and final exempt spot in the Junior Boys Division will be decided by a playoff following the conclusion of play.

The second Fall Series event and final Future Links championship of the 2019 season will take place at Crown Isle Golf Resort in Courtenay, British Columbia, from Sept. 27 to 29.