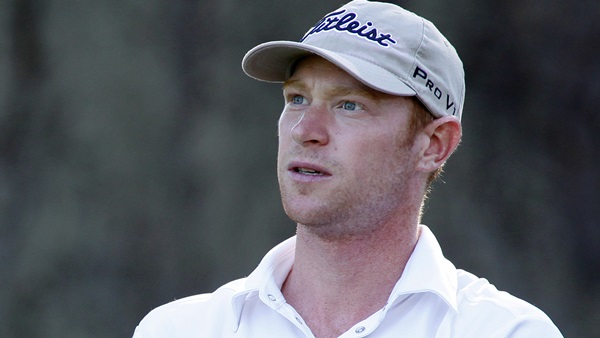 Kevin Carrigan has the chance to repeat as the Canadian Men’s Mid-Amateur champion after carding a 4-under 67 at Blackhawk Golf Club on Thursday.

Carrigan currently sits at 15-under 198 for the championship after firing his third straight round in the 60’s. His third round was highlighted by a closing nine 4-under 32, after making a five-footer for eagle on the par-5 15th.

“I didn’t have my best day today but I managed to keep it in play and continued to hit good shots,” Carrigan said “I took advantage of the opportunities I did have and again rolled a lot of good putts just over the edge.”

On Thursday, the Victoria, B.C., native held off a valiant charge by Team Canada’s Garrett Rank, who was 8-under-par on the day through sixteen holes after two eagles on the back-nine.

“He makes a lot of birdies, he’s an explosive player,” Carrigan said. “Six birdies and two eagles today that’s unreal and he had a couple of mistakes.”

As the defending champion, Carrigan’s 198 total is a new personal best and leaves him in a good position to pick up back-to-back titles and earn the exemption into the 2014 RBC Canadian Open at Royal Montreal Golf Club.

“It’s a personal feat and I’m very proud of myself for accomplishing that,” Carrigan stated about breaking 200.

“I’ve had enough close calls to know that if I start putting pressure on winning it’ll probably affect the way I play,” he continued. “My objective tomorrow is to play my game and not let the circumstances affect how I play.”

Rank currently sits three strokes behind Carrigan in solo second at 12-under 201, after bogeying his final two holes on Thursday to card a 6-under 65. The Elmira, Ont., native has played his last 36 holes in 13-under par after making four eagles and 12 birdies.

Calgary’s Dustin Yeager and California’s David Bartman sit at 7-under for the championship in a tie for third. Yeager’s third round 69 earned him a spot in the final pairing tomorrow and was one of only five under-par rounds at Blackhawk on Thursday. Michael Rutgers of Windsor, Ont., rounds out the top-five in solo fifth at 5-under 208 after an even-par 71 third round.

In the Mid-Master division (40+) Bartman’s third round 71 leaves him seven strokes clear of Rob Cowan of Waterloo, Ont., and Raymond Oh of Richmond Hill, Ont., heading into Friday’s final round.