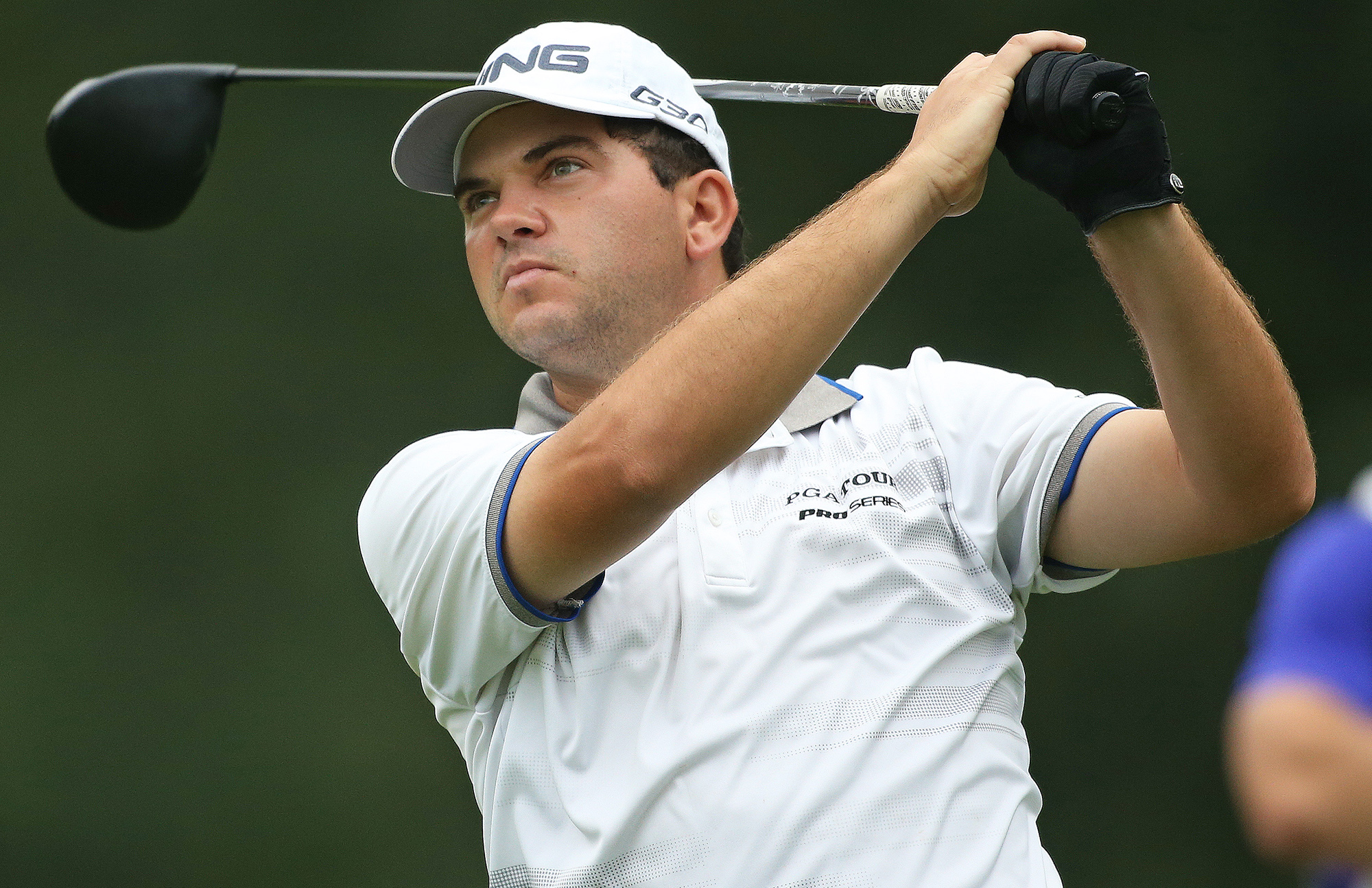 Murfreesboro, Tennessee’s Jason Millard shot a 7-under 63 at Highland Country Club on Friday to take the second round lead at the Freedom 55 Financial Championship, the final event of the 2015 Mackenzie Tour – PGA TOUR Canada season.

The 26-year old carded seven birdies, an eagle and two bogeys to reach 10-under and take a three-stroke lead over defending champion Ryan Williams of Vancouver, B.C., Order of Merit leader J.J. Spaun and Californians John Catlin and Ben Geyer.

“That’s a tough golf course out there, but I’ve started to make some putts and I haven’t really done that in the last couple of months, so it’s good to see,” said Millard, who comes into the event 30th on the Order of Merit, but with just one made cut in his last four starts.

“That’s just golf. I’ve missed the cut by one shot and two shots, so it’s not like I’ve been playing bad,” said Millard. “Hopefully I can keep it going the next couple of days.”

Millard’s best finish this season is a tie for second at the Bayview Place Island Savings Open presented by Times Colonist on a course, Uplands Golf Club, that Millard says bears a strong resemblance to this week’s layout at Highland.

“I said to someone I was playing a practice round with that I think it’s very similar,” said Millard, who owns three top-25 finishes on the Mackenzie Tour this season.

Williams, who claimed his first Mackenzie Tour title at the event last year, moved into contention with a bogey-free 65, one of just four rounds without a blemish on Friday, while Spaun held steady in a tie for second at 7-under along with first-round leader Catlin and Order of Merit no. 60 Ben Geyer, the last man in the field.

“I had the putter really going today, which was nice. I made a lot of putts and had no bogeys on the card, so it was a fun round of golf,” said Williams, who won with a 14-under total last year at Sunningdale Golf and Country Club.

Dundas, Ontario’s Mackenzie Hughes birdied the final two holes for the new tournament course record with an 8-under 62.

23: Players within three shots of second place after two rounds.

“I tried to hit about an 82-yard shot just because of how firm it is right now. It took a couple of bounces and tricked in just like a putt.” – Ben Geyer on his hole-out for eagle on the 17th

“After the round yesterday, I told myself, ‘I’m nine shots back, but the course was windy today, and if I go pretty low tomorrow I’m still in it.’ I still have two more rounds to go, so you never know,” – C.T. Pan, who played his way back into the tournament with a 7-under 63 to sit tied for 14th.

“I don’t have a whole lot to lose; I’m kind of in no-man’s land when it comes to the money list. I need to finish high, or it’s not going to affect me too much. I went out there a bit more free today and started to make some putts. I’m close enough to where I could possibly jump into that top 10, but it’s not like it’s a tap-in. I have to play really well.” – Mackenzie Hughes, who shot the new course record of 62 at Highland Country Club. Hughes enters the week 14th on the Order of Merit.

“I’ve been in this position before. I’ll be in one of the last groups out tomorrow, and I’ve got the confidence that I’ve been there before and done it before, which definitely helps.” – Ryan Williams on being in a familiar position in London.