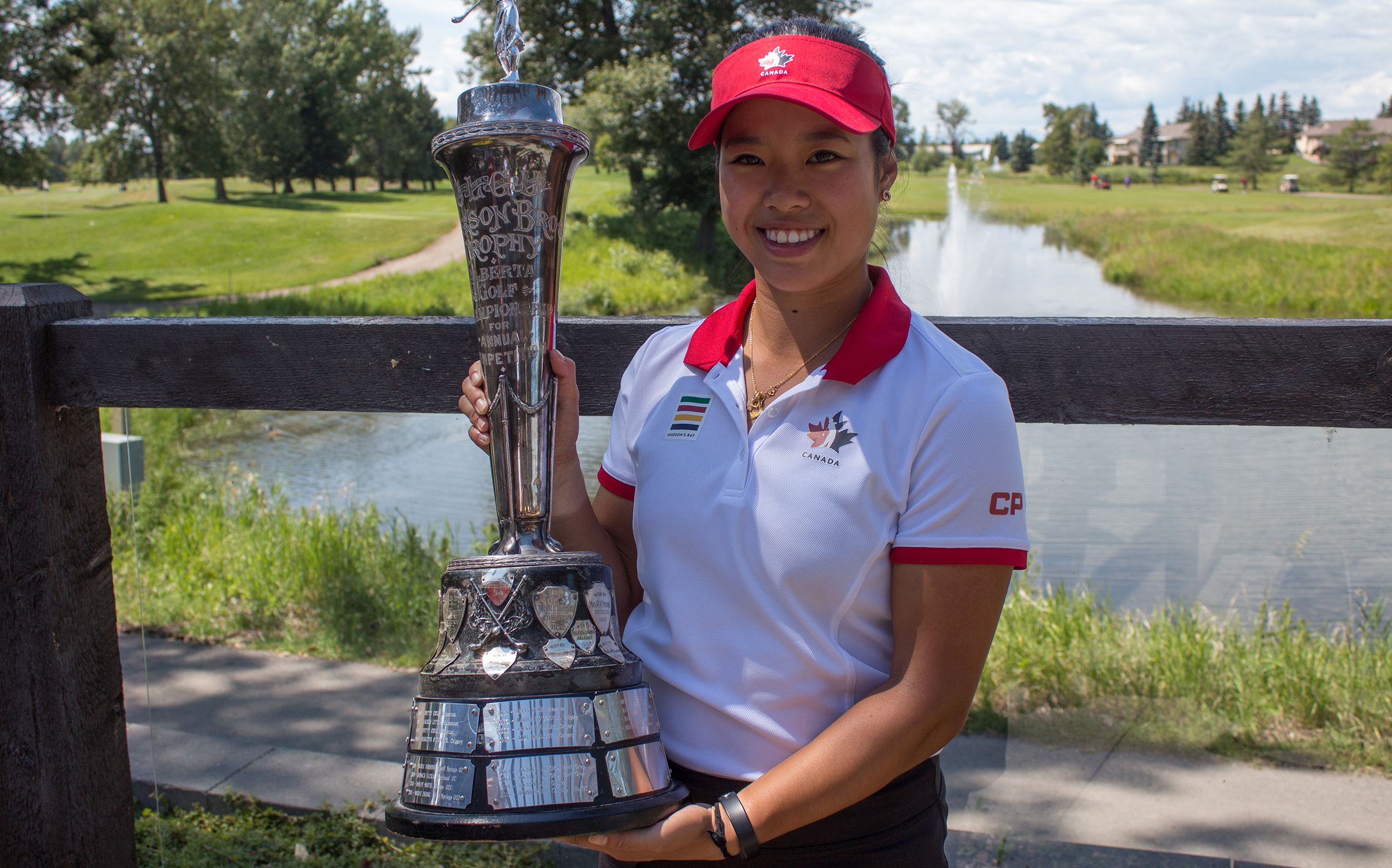 HIGH RIVER, Alta. – Team Canada’s Jaclyn Lee went wire-to-wire to capture her second Sun Life Financial Alberta Ladies Amateur Championship (her last win came in 2014). The Calgary native ended as the only competitor to finish under par with a score of 5-under (71-70-70–211). Lee, a sophomore at Ohio State University, closed the event with a nine-stroke advantage over runner-up Kat Kennedy of Okotoks, who finished at 4-over for the tournament.

“It’s exciting because when I won it in 2014 it was wire-to-wire as well—so it’s cool to repeat that again,” said Lee of her dominant performance at Highwood Golf & Country Club. “I just tried to play my own game this whole week.”

Rounding out the top-three was Quinn Fitzgerald of Calgary, who carded rounds of 79-71-73 to close at 7-over par.

Lee, Kennedy, and Fitzgerald will make up Team Alberta’s Interprovincial Squad at the upcoming Canadian Women’s Amateur Championship from Jul. 26-29 at the Ken-Wo Golf Club in New Mina, N.S.