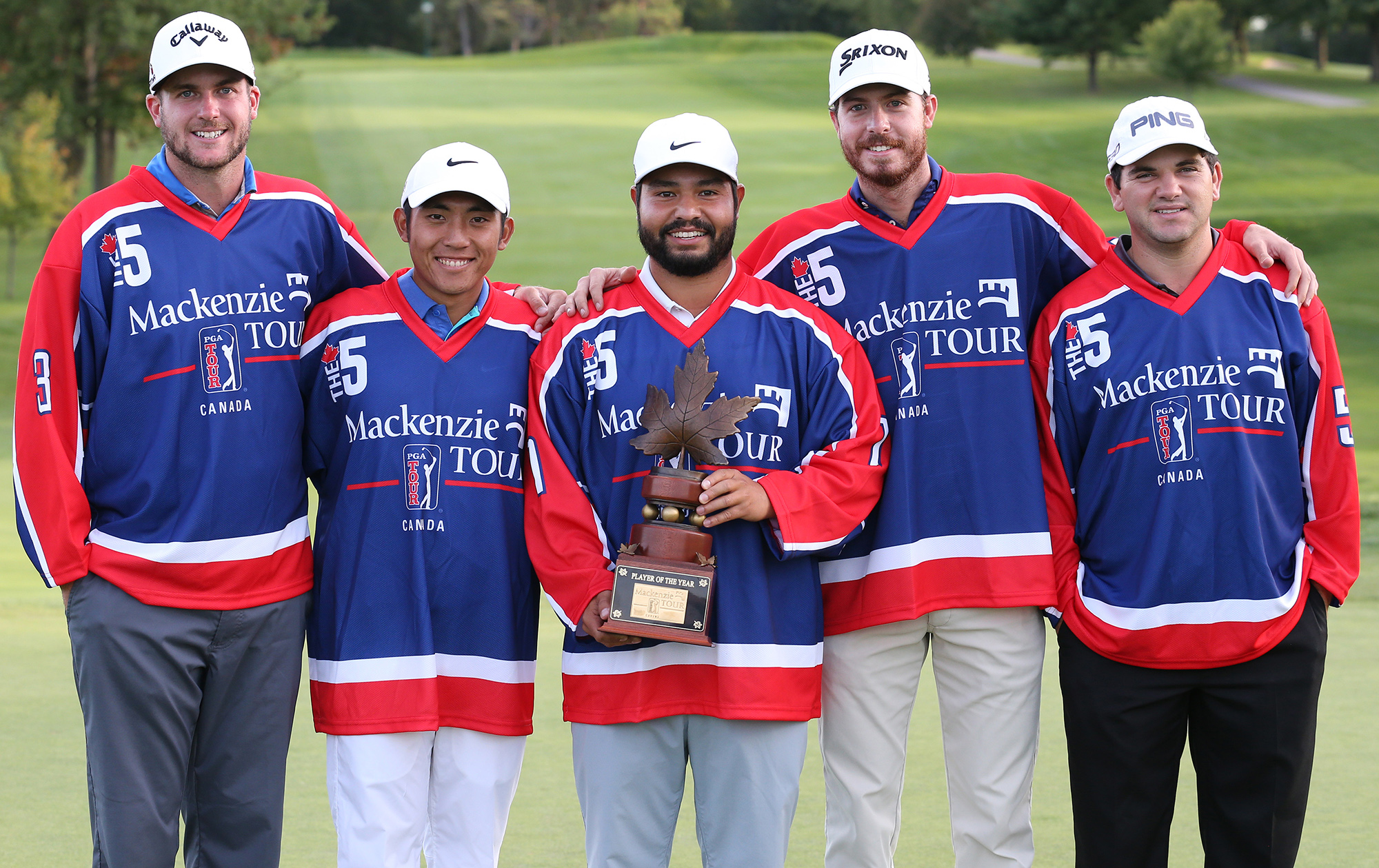 Los Angeles, California’s J.J. Spaun wrapped up Mackenzie Tour – PGA TOUR Canada Player of the Year honours on Sunday, finishing with $91,193 in earnings on the season to top the Order of Merit and lead five players who earned status on the Web.com Tour for 2016.

Spaun, who posted seven top-10 finishes including a win at the Staal Foundation Open presented by Tbaytel, will be fully exempt on the 2016 Web.com Tour after finishing $11,297 ahead of No. 2 C.T. Pan of Taiwan. Joining Spaun and Pan in The Five were No. 3 Taylor Pendrith of Richmond Hill, Ontario, No. 4 Sam Ryder of Longwood, Florida and No. 5. Albin Choi of Toronto, Ontario, who was fifth in the Order of Merit heading into the week, finished T13 and was knocked out of the top five by the Freedom 55 Financial Championship winner Jason Millard of Murfreesboro, Tennessee.

“I’m so glad all the hard work paid off, I had a really good season and it means that I’m one step closer to my dream of playing on the PGA TOUR,” said Spaun. “There was always a feeling of envy to see The Five at the end of my first two years, and to be here finally, after three years, it’s a great feeling. All the hard work, all the support that I’ve had, it’s all coming together.”

“J.J.’s exceptional play this year is a tremendous accomplishment, and we can’t wait to follow his success on the Web.com Tour. Each of the players who earned their way into The Five have distinguished themselves with outstanding season-long performance, and we wish them the very best of luck on the Web.com Tour next season,” said Mackenzie Tour President Jeff Monday.

“On behalf of Mackenzie Investments, I would like to congratulate the winners of the 2015 Mackenzie Tour – PGA TOUR Canada season,” said Jeff Carney, President and Chief Executive Officer of Mackenzie Investments. “As we complete the first season of our umbrella sponsorship, we couldn’t be more pleased with the partnership, the players and the positive impact the tour has had on communities across Canada. We can’t wait to see how today’s top five do as they graduate to the Web.com Tour and look forward to cheering on the rising stars of the Mackenzie Tour in 2016.”

Players 6-10 earn spots into Final Stage
In addition to The Five earning status on the Web.com Tour, players finishing 6-10 on the Order of Merit earned an exemption into the final stage of Web.com Tour Q-School, led by No. 6 Choi, No. 7 Michael  Letzig of Kansas City, Missouri, No. 8 Drew Weaver of Atlanta, Georgia, No. 9 Adam Svensson of Surrey, British Columbia. and No. 10 No. 8 Kevin Spooner of West Vancouver, British Columbia.

Players finishing 11-20 earn an exemption into the second stage of Web.com Tour Q-School