The RBC Canadian Open will feature lots of Canadiana 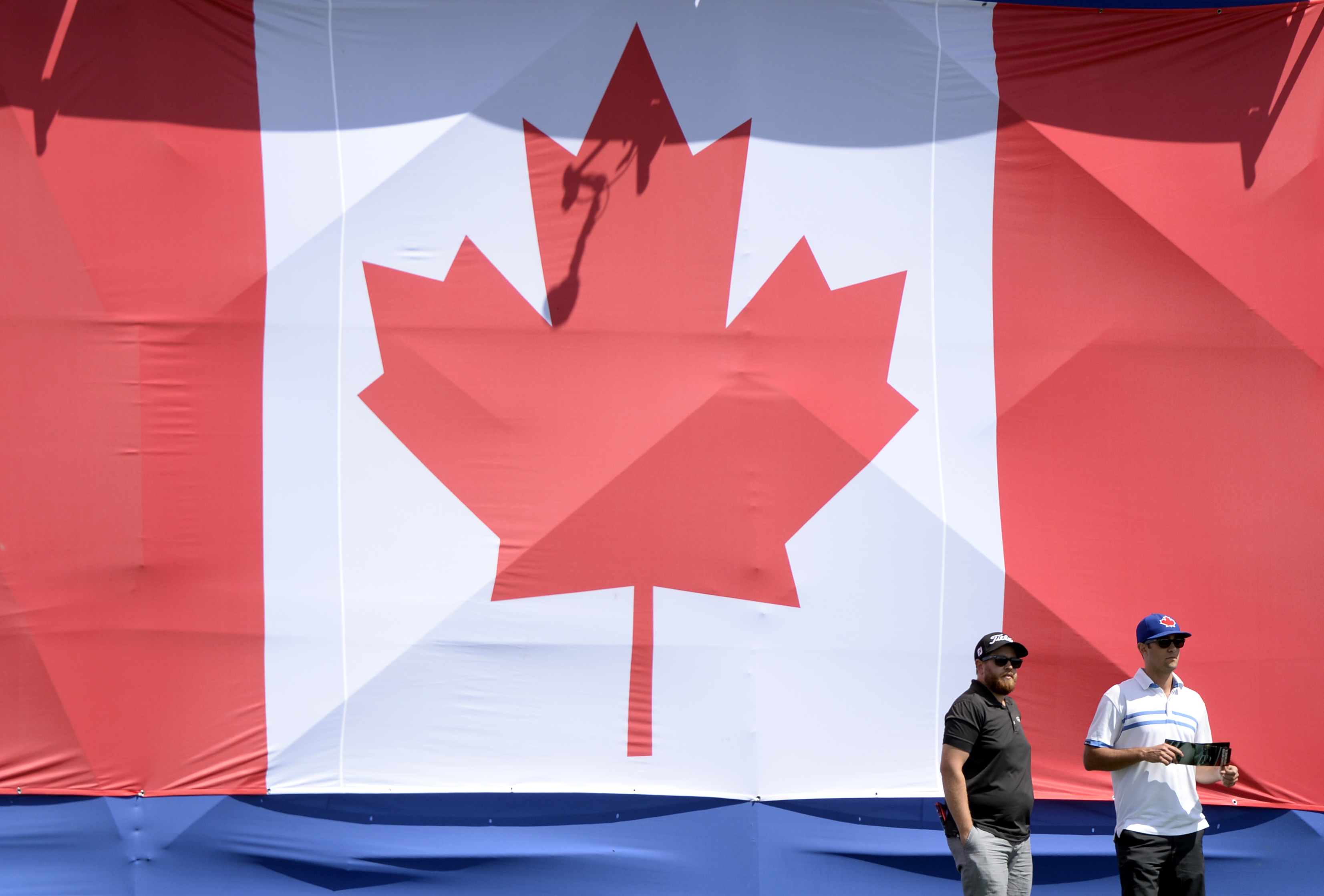 First-year tournament director Brent McLaughlin heard from players that there’s not enough “Canadiana” at the RBC Canadian Open. They’ll get their wish on the course this week with the addition of many Canadian flags, including a 30-by-15-feet one behind the 18th green.

It’s all an effort to make the RBC Canadian Open more Canadian.

“I think we’ve struck a balance of the Canadiana,” McLaughlin said in a phone interview last week. “We’ve lost touch with kind of the stuff that makes us uniquely Canadian: the Mounties and kind of those stereotypes that you always hear.

“I know we don’t like it when it’s talked about about us, but it’s nice when we can sort of say, ‘Yeah, you’re in Canada. It’s a little bit different here.”‘

No Canadian has won this event since Pat Fletcher in 1954. Mike Weir, the 2003 Masters winner who withdrew for personal reasons to take a leave of absence from golf, came the closest when he was a playoff runner-up to Vijay Singh in 2004.

Golf Canada CEO Scott Simmons said the organization had to close the gates and stop selling tickets at Glen Abbey twice: when Tiger Woods was at his peak and won in 2000 and then when Weir had the Sunday lead in 2004.

“It just shows you what can happen when a homegrown does well on Canadian soil, and I hope we see that (this week), come Sunday we’ve got some Canadian flags at the top of the leaderboard,” Simmons said Sunday after the inaugural Pan Am Games golf tournament.

Of course the event will be a smashing success and keep up the Pan Am nationalism in the Toronto area if a Canadian is close to the lead this weekend. But there’s no safe bet on that, what with a field that includes world No. 3 Bubba Watson, No. 7 Jim Furyk and No. 9 Jason Day, who tied for fourth at the British Open.

Even though Brandt Snedeker pulled out with a hip injury, Simmons considers this one of the deeper fields the RBC Canadian Open has had in a while. That’s certainly a selling point, but McLaughlin also instituted “Red And White Day” on Friday to encourage fans and golfers to show off national spirit and added food trucks serving things like poutine and Beavertails.

“This is a festival,” he said. “It’s just a fun atmosphere to get involved with. More so than just focusing on the talent and the Canadian players and anybody in the field in general, it needs to be an event. People love events.”

People don’t love traffic, a Toronto hallmark that’s worse given that the Pan Am Games are going on throughout the region. With high-occupancy lanes set up for three or more people for the duration of the Games, McLaughlin said the RBC Canadian Open has done everything possible to warn people what to expect.

Golf Canada will offer shuttle service from the Oakville and Bronte GO stations Friday, Saturday and Sunday, and trips home on those days are free with a RBC Canadian Open ticket. Kids under 17 are also free, part of the reason McLaughlin thinks the HOV lanes won’t stunt any crowds.

“Our statistics have shown that most people that attend sporting events and other functions travel in larger groups,” he said. “So I think it actually helps us. It’s almost like a true event feel having the 3-plus. I don’t think it’s going to affect us.”

If anything, the timing of the Pan Am Games, where Canada is enjoying substantial success on home soil, could benefit the RBC Canadian Open. Simmons hopes the 2010 Olympics and “Own the podium” movements stir up more nationalism at Glen Abbey.

“We’ve always known to be a very respectful bunch,” Simmons said. “But it’s time to kind of puff our chests out and be proud of who we are: our country, our players.”