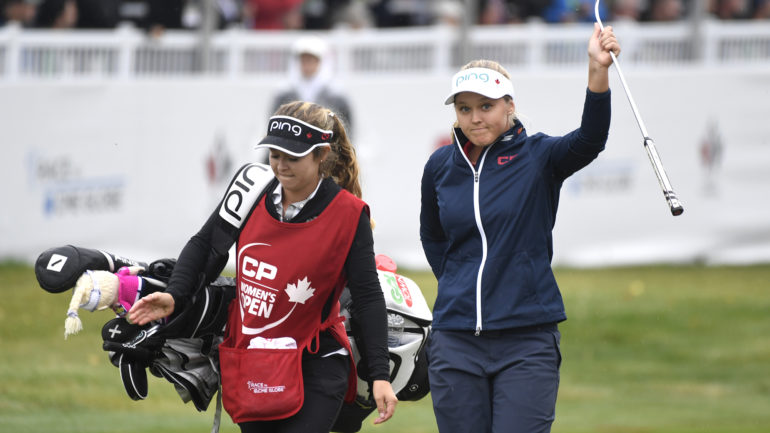 The 21-year-old Smiths Falls, Ont., native was honoured with an ESPY award on Wednesday night for the Best Female Golfer of 2019. Earlier this spring, Henderson collected her ninth LPGA Tour title, becoming the winningest Canadian professional golfer in history.

The Excellence in Sports Performance Yearly Awards are presented by the ABC television network and were previously put on by American sports network ESPN.

“Extremely honoured to receive Best Female Golfer at the #ESPYS!! So cool!” said Henderson from her verified Twitter account.

She was unable to attend the ESPY Awards in Los Angeles because she’s competing at the Marathon Classic at Highland Meadows Golf Club in Sylvania, Ohio, this week.

Extremely honoured to receive Best Female Golfer at the #ESPYS!! So cool! ☺️🙏🏻

Henderson, a graduate of Golf Canada’s National Team program, captured the hearts of Canadians from coast-to-coast in August of 2018 when she became the first Canadian to win the National Open since 1973.

The other nominees were Ariya Jutanugarn, Jin-Young Ko and Sung Hyun Park.