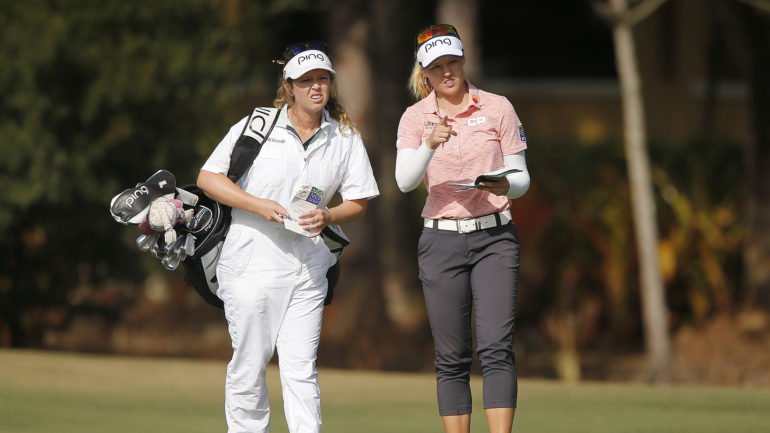 NAPLES, Fla. – Sei Young Kim hit the putt of her life, a 25-foot birdie on the final hole of the CME Group Tour Championship to win $1.5 million, the richest prize in the history of women’s golf.

Kim closed with a 2-under 70 to beat an unlikely foe Sunday at Tiburon Golf Club.

Charley Hull of England birdied her last three holes for a 66, the last one a 12-footer that gave her a tie for the lead. Kim, who looked shaky in missing three straight birdie chances from 12 feet, tugged her approach to the top of a crown at the bag of the green. The winning putt – the money putt – was hit with perfect pace and broke sharply to the right as Kim pumped her fists in disbelief.

She finished a wire-to-wire victory for her third LPGA Tour title of the year and 10th of her career.

This was memorable for the finish and the reward.

Instead of a $500,000 first-place check and a $1 million bonus to a season points race, CME Globe wanted to award $1.5 million in official money to any of the 60 players who qualified for the season finale. That’s $500,000 more than the previous record prize, $1 million at the U.S. Women’s Open.

Kim, who never trailed during the final round, was feeling the heat coming down the stretch as Danielle Kang and then Hull took aim.

Kang, who made five birdies on the front nine, went quiet on the back until making a 30-foot eagle putt on the 17th. She hit 4-iron into 15 feet on the final hole, and her birdie attempt to tie for the lead was short. She closed with a 65.

Hull birdied five of her last seven, and when she saw the leaderboard on the 15th, she figured she would have to birdie everything coming. From short of the green on the par-5 17th, she hit putter up the slope to tap-in range to get within one shot of Kim. And on the 18th, she walked in the birdie putt.

Kim thought her biggest threat was Nelly Korda, who started one shot behind. Korda stalled with two hooked tee shots, the second one hurting her chances at a birdie on the 17th.

Walking up the 18th, Kim realized Hull had tied her.

“I didn’t know Charley finished at 17 (under),” Kim said at the trophy presentation. “What if I couldn’t make it? I could go to a playoff. It’s not good for me. It was really nervous when walking through hole 18. I was like: `OK, not a big deal. Try to play like a practice round.’ Even then, I was really nervous.”

She set nerves aside and made the only putt that mattered. The $1.5 million was more than she had made all year.

Kim finished at 18-under 270 and finished No. 2 on the LPGA money list behind Jin Young Ko, who tied for 11th and still had no complaints about her season. Ko won LPGA player of the year, the money title and the Vare Trophy for the lowest scoring average.

Hull was an example of how the format change turned the Tour Championship into a free-for-all. She had only one top 10 this year and was No. 51 in the Race to CME Globe. A year ago, she wouldn’t have been eligible for the $1 million bonus.

Korda, the highest-ranked American who had a chance to get to No. 2 in the world with a victory, tied for the lead with a birdie on the fourth hole. But she began to fall back by failing to birdie the par-5 sixth, scrambling for bogey on No. 9 and making a careless bogey on the 11th that put her three shots behind.

On both par 5s on the back nine, she hit tee shots well left, leading to bogey at No. 14.

“I thought about it once today,” Korda said of the prize. “I was just out there trying to play some golf.”

She birdied the last hole for a 71 to tie for third with Kang. Brooke Henderson of Smiths Falls, Ont., shot 67 and finished alone in fifth.

Canada’s Alena Sharp of Hamilton, Ont., finished her strong season at 5 under in a tie for 29th. 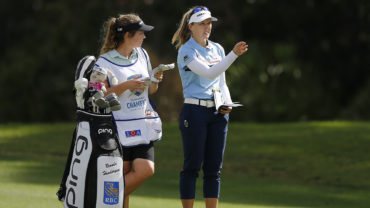 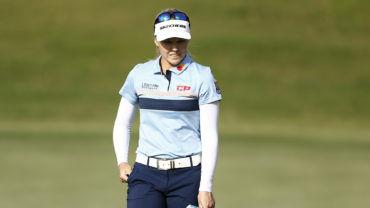