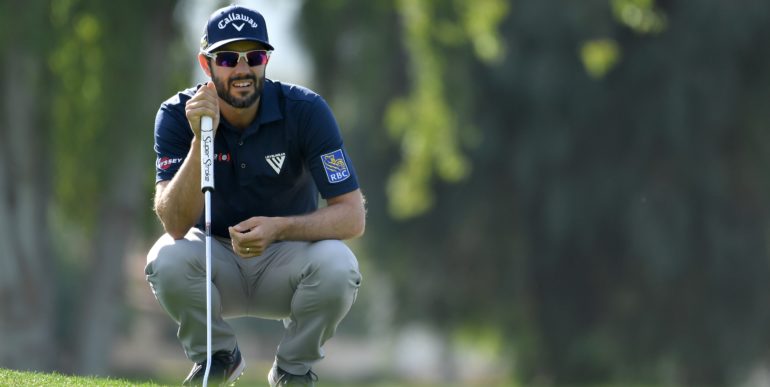 LA QUINTA, Calif. – Phil Mickelson birdied four of his last five holes Friday in the Desert Classic to take a two-stroke lead into the weekend in his first event of the year.

A day after matching his career-low score with 12-under 60 at La Quinta Country Club, the 48-year-old Mickelson had a 68 on PGA West’s Nicklaus Tournament Course to reach 16 under. The tournament winner in 2002 and 2004, Lefty will play the final two rounds on PGA West’s Stadium Course.

Curtis Luck was second after a 66 on the Nicklaus layout. The 22-year-old Australian rebounded from a bogey on the par-3 eighth with a closing birdie on the par-4 ninth.

Canadian Adam Hadwin, a Team RBC member, and Steve Marino were 13 under. Hadwin had a 66 at La Quinta, the course where he shot 59 two years ago. Marino had a hole-in-one in a 65, also at La Quinta.

Mickelson birdied the par-4 fifth and sixth holes, the par-5 seventh and closed with another on No. 9. On his opening nine, he birdied the par-5 11th and par-3 12th, then gave back the strokes with a double bogey after hitting into the water on the par-4 18th.