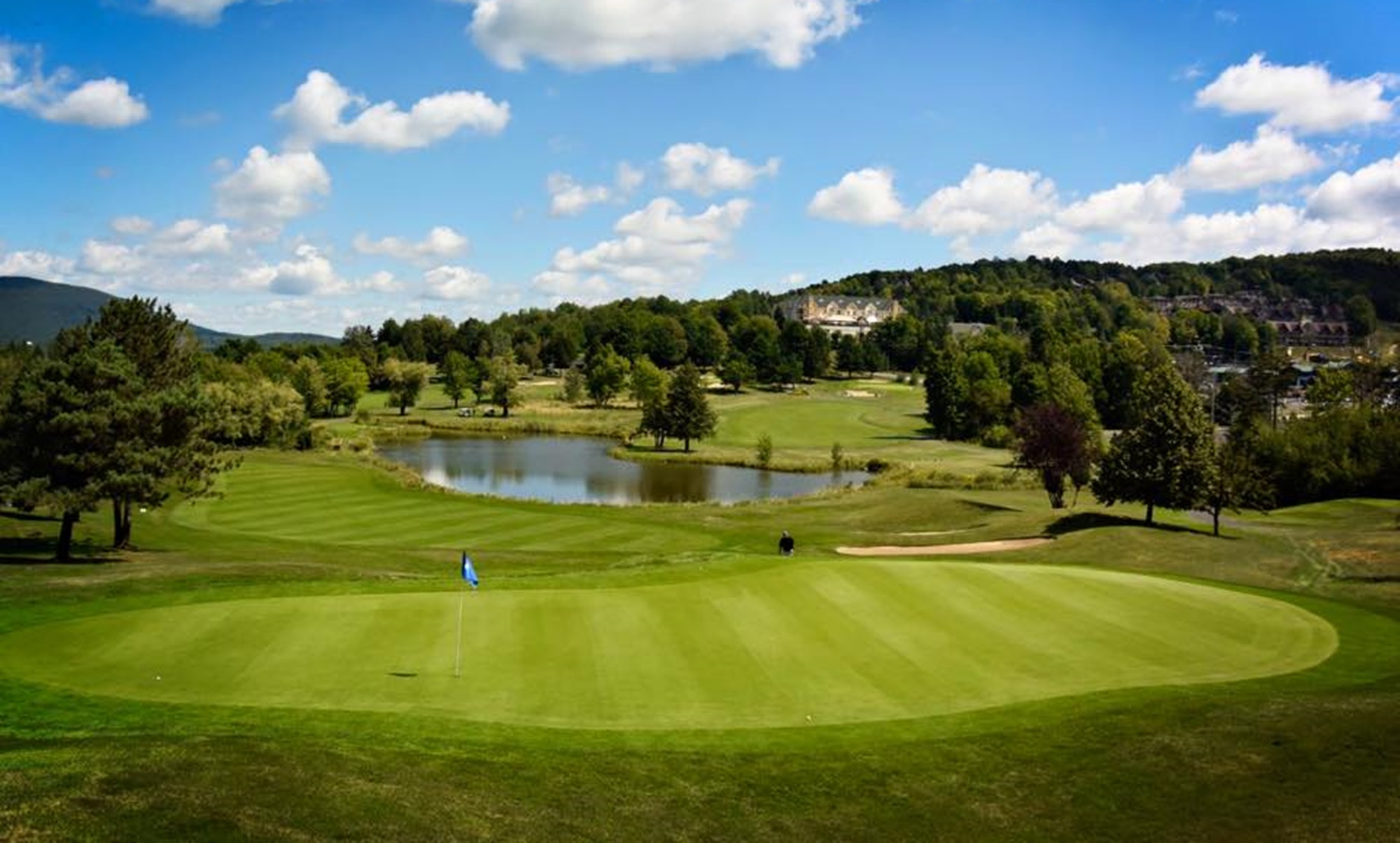 BROMONT, Que. – The 2016 Canadian Men’s Mid-Amateur Championship will be contested at Golf Château-Bromont from August 23 to 26. The nation’s top amateur golfers aged 25-and-over will vie for the title and an exemption into the 2017 RBC Canadian Open at Glen Abbey Golf Club in Oakville, Ont.

The Howard Watson and Graham Cooke designed par-72 course boasts a challenging layout with a breathtaking view of Mount Brome.

“Our course was designed by the first Canadian Men’s Mid-Amateur champion and a true legend in our sport. We could not be more honoured to host this tournament,” said Host Club Tournament Chair Martin Ducharme.

Cooke of Hudson, Que., captured the Canadian Men’s Mid-Amateur title seven times between 1987 and 2002. He is among a group of five other players who have captured this championship on multiple occasions, including 2014 and 2015 winner Garrett Rank of Elmira, Ont.

“The Mid-Am is such a great opportunity for Canadian amateurs to find success and experience on a national stage and we are excited to bring this talented field to Bromont,” said Tournament Director Justine Decock. “The course is beautiful and in great condition to draw out some exciting competition.”

A total of 38 players on the World Amateur Golf Rankings will be in attendance, led by World No. 118 Rank. The two-time champion claimed a seven-stroke victory at this national event in 2015 at Abercrombie Country Club in New Glasgow, N.S., and is coming off a T77 performance at the 2016 RBC Canadian Open and a T9 showing at the Canadian Men’s Amateur Championship. The 28-year-old will be joined by three returning champions from the past five years.

Rob Couture of Dallas, Texas emerged victorious in 2011 at Coppingwood Golf Club in Uxbridge, Ont., before collecting Top-5 finishes in each of the three following years.

Victoria’s Kevin Carrigan will compete in the national championship in which he claimed victory in 2012 at Vancouver’s Point Grey Golf & Country Club. The 30-year-old successfully defended the title in 2013 and will look to improve upon a T9 result from 2015.

Returning alongside Rank and Bunker are Michel Landry of Saint John, N.B., Michael Rutgers from Windsor, Ont., and Winnipeg’s Justin McDonald to form the Top-5 from 2015.

Golf Château-Bromont members Anthony Marandola of Bromont, Que., and Anthony Jacques of Granby, Que., will represent the host club. 2016 Quebec Men’s Mid-Amateur champion Sébastien Levasseur will also be in attendance. The product of Nicolet, Que., is eighth on the Quebec order of Merit and the highest-ranked local in the field.

Team Ontario will attempt to defend its title in the inter-provincial team competition which will take place over the first 36-holes of the championship. The 50-and-over Mid-Masters division will be contested concurrently with the tournament.

In addition to the Canadian Men’s Mid-Amateur title, the 2016 champion will receive an exemption into the 2017 RBC Canadian Open at Glen Abbey Golf Club in Oakville, Ont.