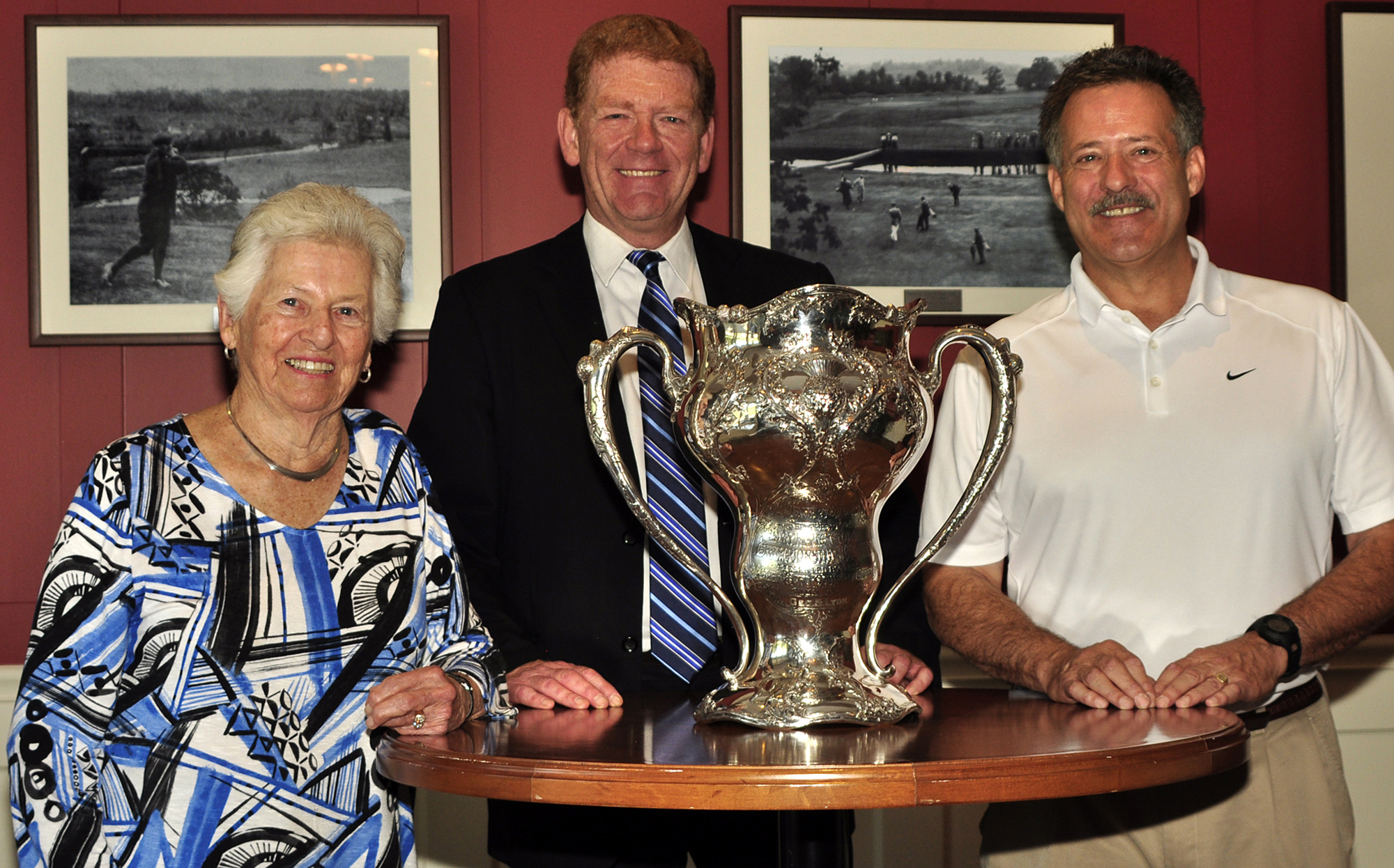 Lambton Golf and Country Club, home of George S. Lyon, was proud to host a special day on Thursday, September 24 to honour Mr. Lyon.   This marked the 111th anniversary to the day that he won the last golf gold medal at the 1904 Olympics.

Three of his descendants joined in for the celebration and it was a special moment as the trio gathered around the Olympic Cup for pictures.

George S. Lyon played a very important role in the development of Lambton – he was one of eight members on the original committee to fund, build and attract members to Lambton Golf and Country Club.  George would work half-days at his insurance business downtown and then head to Lambton where he would work tirelessly with Willie Dunn, a top UK golf designer of the time, to oversee construction of the course.  George was golf captain for 23 years and was a key opinion leader and icon throughout that time.

In 2010/11, Rees Jones, the “Open Doctor”, completely redesigned the Championship course with state-of-the-art grasses, bunkers and sub-air systems. However, one tree on hole #9 was sacrosanct.  Referred to as the “Lyon Oak”, the tree has been a proud tribute to George S. Lyon honouring the days when George used to fly his ball over this grand old oak as he went for birdie.

This past August, when Lambton co-hosted the Canadian Amateur, hole #9 played the hardest for the impressive field of players and the Lyon Oak continued to cause top players to re-think their strategy.