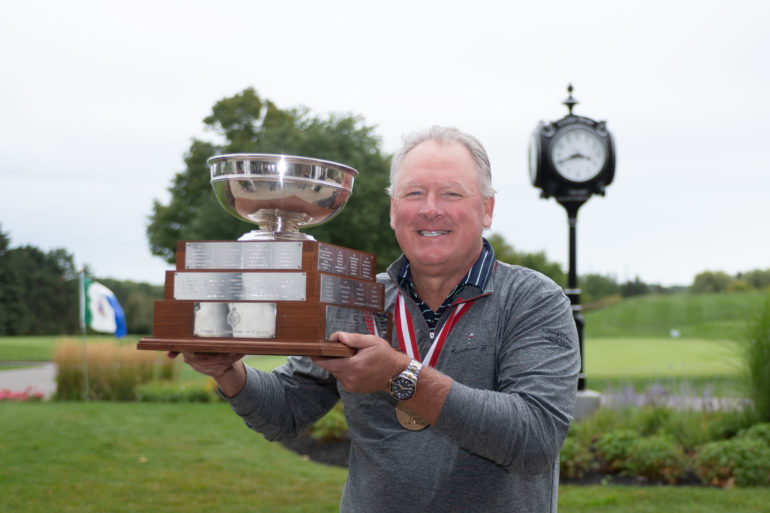 At No. 294, Elliott is the top ranked senior aged golfer (55+ years) on the World Amateur Golf Rankings. He finished the event 6-under (278) for a comfortable 5-stroke victory.

“I’m relieved more than anything,” said Elliott. “Even with a six-shot lead coming into today, it’s still hard to win. I’m absolutely thrilled.”

Elliott wasn’t just battling the field, as winds were gusting up to 35 km/h Friday at Cedar Brae.

“You’ll find fourth-round scores are much higher than the rest of the week. It played very tough today, which is another reason I’m relieved,” added Elliott. “Because on a cold and windy day a guy can go out and shoot 80. I’m glad that it didn’t happen. I’m very excited.”

This is the second Canadian Men’s senior title for Elliott. The 57-year-old previously had his name etched on the John Rankin Memorial Trophy when he won the Canadian Men’s Senior Championship in 2017. He also finished third in 2018.

“I’ve always liked Canada, since I was a small boy. My parents and I used to go fishing in Lake of the Woods, Ontario,” added Elliott. “I’m thrilled to be able to compete up here. I’ve just always been a big, big fan of Canada.”

With the win, Elliott receives an exemption into the 2020 U.S. Senior Amateur championship to be contested at The Country Club of Detroit, in Grosse Pointe Farms, Mich.

There will be little time for Elliott to catch his breath, as he’s leaving Toronto this evening in order to make his 1 p.m. tee-time tomorrow at the U.S. Mid-Amateur, which is taking place in Colorado.

A 65-and-over Super Senior Championship ran concurrently throughout the championship. Melander’s final round 1-under par 70 helped him win the title and hoist the Governor’s Cup. 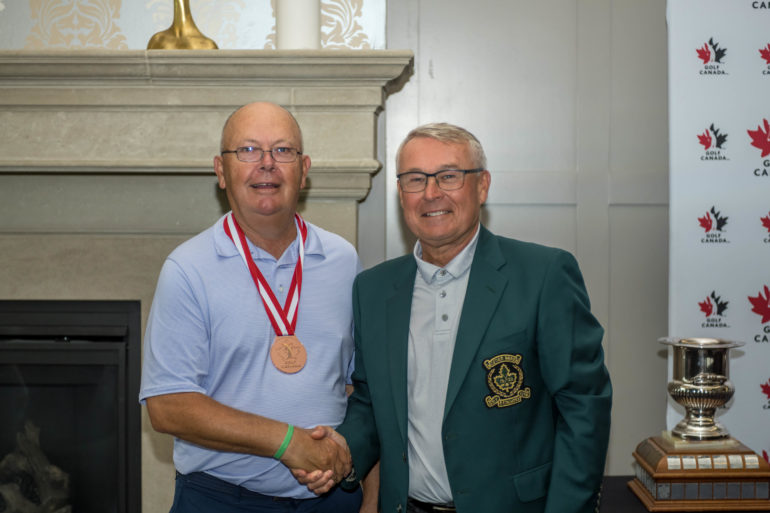 “This is something I’ve worked towards for 13 years,” stated Melander. “Last year I finished third and this year I got it done. It was exhilarating to finally win another Canadian championship. The last one I won was the PGA of Canada’s Assistant’s Championship in Vancouver in 1974.”

Finishing runner-up in the Senior Division was Paul Simson of Raleigh, N.C. Simson won the Canadian Men’s Senior Championship in 2010 and the Super Senior title in 2017. He finished the event 3-over (287), 3-shots back of Melander.