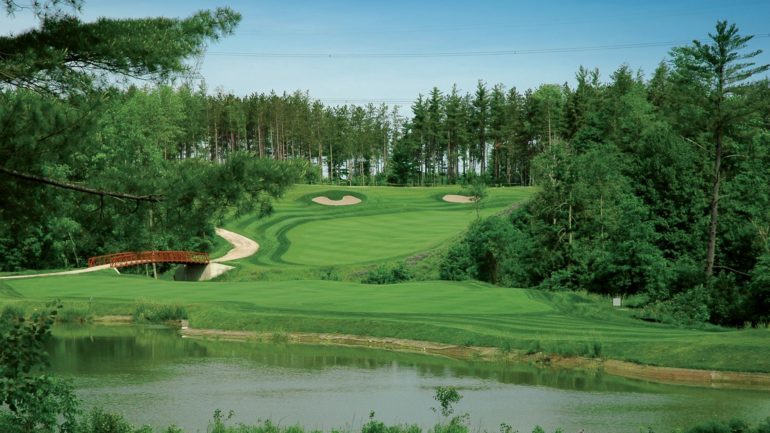 Golf Canada’s second regional junior golf championship of 2018 is set to take place from May 25-27 as the Future Links, driven by Acura Ontario Championship gets underway at Otter Creek Golf Club in Otterville, Ont.

With support from Golf Ontario, the Future Links, driven by Acura Ontario Championship is the second of six regional junior championships presented in partnership with Acura. The 54-hole stroke play tournament will begin with a practice round on May 24 before the tournament gets underway with round one on May 25.

Founded in 2008, Otter Creek Golf Club will be hosting its first ever Future Links Championship. Encompassing 300 acres and carved through the wooded valleys of Otter, Cedar and Spittler Creeks, the golf course meanders cleverly over former farmer’s fields and tobacco lands.

“Golf Ontario is pleased to present the 2018 Future Links, driven by Acura Ontario Championship in partnership with Golf Canada,” said John Lawrence, this week’s Tournament Director and Manager of Competitions at Golf Ontario.  “We look forward to seeing some of Canada’s premier junior players showcase their skills as they navigate the beautiful fairways at Otter Creek Golf Club.”

The field will consist of 87 junior golfers in the Junior Boys Division with the top six earning exemptions into the 2018 Canadian Junior Boys Championship on July 30-Aug. 2 at Medicine Hat Golf & Country Club in Medicine Hat, Alta. A tie for the sixth position will be decided by a playoff following the conclusion of play.

The Junior Girls Division will consist of 33 golfers with the top six (including ties) earning an exemption into the 2018 Canadian Junior Girls Championship on July 31- Aug. 3 at Beach Grove Golf Club in Tsawwassen, B.C.

Alyssa DiMarcantonio of Maple, Ont.
Team Canada Development Squad’s youngest member, the 15-year-old made her breakout start when she finished fourth at the 2017 Ontario Women’s Amateur and T19 at the Canadian Women’s Amateur. At this same event in 2017, she finished T3.

Olivier Ménard of Salaberry-de-Valleyfield, Que.
The 18-year-old finished last year’s event in a tie for fourth. He is fresh off a win at the 2018 CJGA Quebec Junior Open at Hawkesbury Golf & Curling Club, which took place from May 5-6.

Defending champion Monet Chun started the tournament two-shots back before dominating the final two rounds to earn her victory.

ABOUT THE COURSE
Opened its doors to the public in 2008, the club will celebrate their 10th anniversary this year.