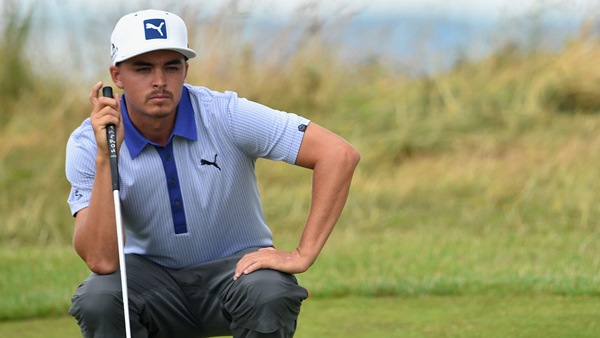 HOYLAKE, England – From the time they faced each other in the Walker Cup, a couple of 18-year-olds with the world at their feet, Rickie Fowler figured he’d go at it again someday with Rory McIlroy in a major championship.

If only it was a fair fight.

Fowler will be playing in the final group of a major for the second straight time, but he faces a daunting six-stroke deficit heading to Sunday at the British Open.

With a brilliant finish to the third round, McIlroy put himself in prime position to capture his third major championship. Fowler only hopes he can put a bit of pressure on the leader.

Fowler and McIlroy were both rising young stars when they played in the 2007 Walker Cup, one of the top amateur competitions.