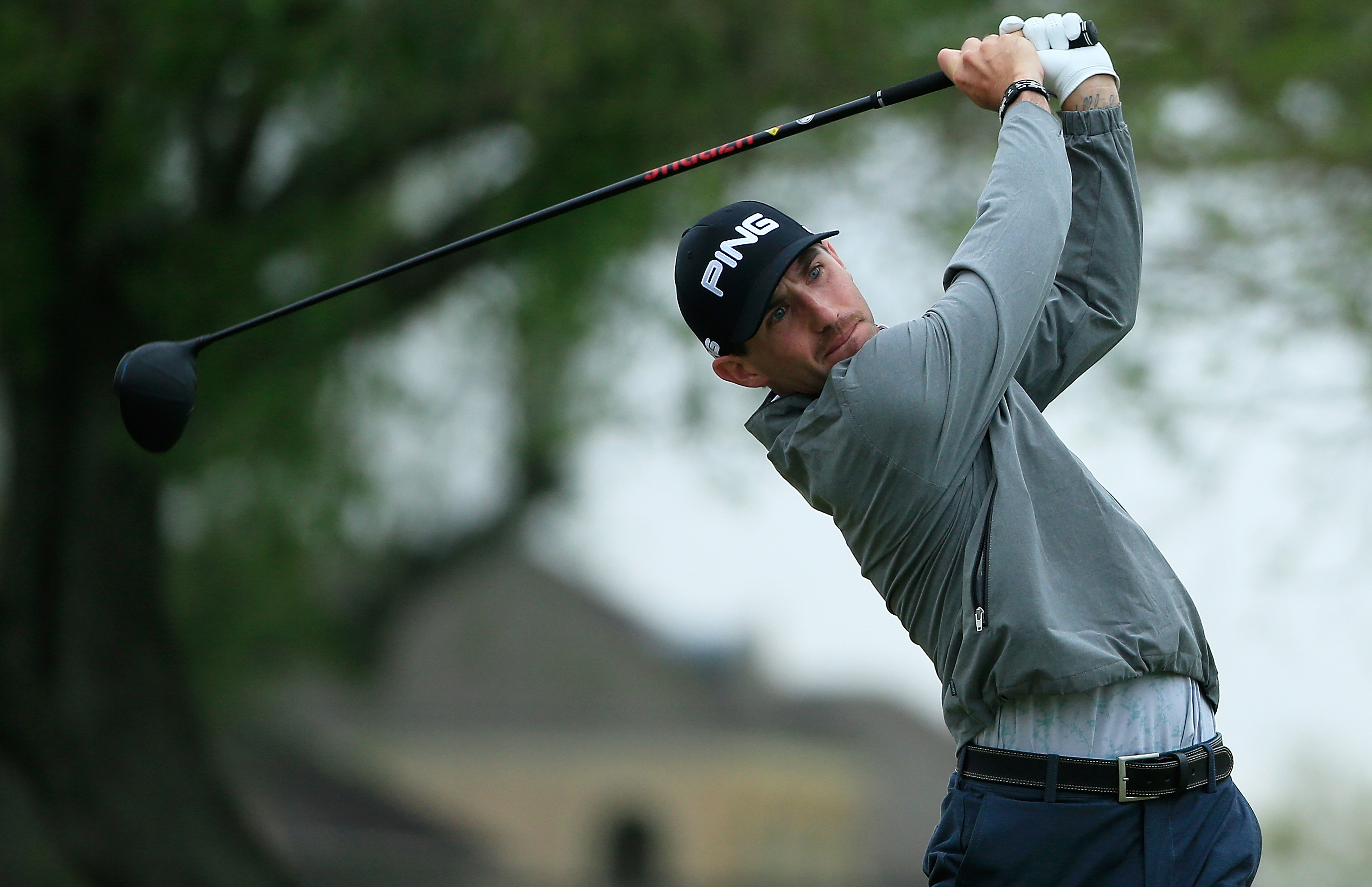 Smith entered the week in Greenville with just four Web.com Tour starts to his name in 2016, but blistered the Tom Fazio-designed Thornblade course with nine birdies, including four birdies in his last five holes.

“Pretty much one club – the putter. That was about it, but it was working really well,” said Smith when asked what clicked on Thursday. “So that can really make up for a lot. I hit a few squirrelly shots off of the tee, but managed to hustle par on those. I just made a lot of putts.”

The former Pepperdine golfer won the Rex Hospital Open in 2014 en route to earning his PGA TOUR card for the 2014-15 season, but struggled on golf’s biggest stage with just one top-25 in 21 starts during his rookie season.

The 35-year-old Smith has made the cut in each of his four Web.com Tour starts this year, posting a season-best T18 at the El Bosque Mexico Championship presented by INNOVA. He is currently 83rd on the money list.

“I felt like it was coming around, and everything was in a good place. The driver is still kind of giving me some problems, but everything else has been really good,” he said. “So if I could just manage to avoid the foul ball, then I feel like I could put a good score together.”

Fast, who opened his week on No. 10 at Thornblade, birdied four of his first eight holes to turn in 4-under 32 before adding a flurry of birdies down the stretch on his way to a share of the 18-hole lead.

Birdies on Nos. 2, 3, 5 and 6 were offset by a bogey on the par-4 seventh, but the former Mississippi State golfer rebounded with a birdie on No. 8 to move back to 8-under on the day, which is where he finished for a round of 63.

“Yeah, you know you’ve got to make birdies this week and then add ball-in-hand for three days, so just hit fairways and you’ve got wedges, 9-irons and 8-irons. I feel great. It’s not my first lead of the year so I’m looking forward to it,” said Fast, who was the 36-hole leader at the Chitimacha Louisiana Open presented by NACHER in March.

Fast’s 2016 season has been up-and-down, with six made cuts in eight starts entering the week, but just one top-25 finish to his name – a T23 finish at last week’s Rex Hospital Open.

Without intention of pun, his starts have been fast, notching seven rounds of 68 or better in the first two rounds of play, but only two rounds in the 60s in his final two rounds of competition.

“I got an old caddie back, which we’ve always played well together. So I was really excited about that. Just getting into the flow of the year,” said Fast, who reunited with caddie David O’Donovan in Raleigh. “I was hurt at the beginning of the year and actually played good on some Thursdays and Fridays, but (now we’re) just getting in the flow of it and letting it go.”

Mullinax, who closed in 30 to win his first Web.com Tour title at TPC Wakefield Plantation on Sunday, birdied five of his first six holes in the opening round before adding a late eagle on the par-5 17th to move to 7-under for the day.

Surrey, B.C., native Adam Svensson, who earned medalist honors at the Web.com Tour Qualifying Tournament in December, and former Western Amateur champion Jhared Hack posted the day’s low rounds at The Preserve at Verdae with a pair of 67s.

The 22-year-old Svensson was even-par through eight holes at the tournament’s newest host venue before making birdie on five of his final 10 holes to round out his 5-under-par effort.

Svensson, who finished ninth on the Mackenzie Tour – PGA TOUR Canada’s Order of Merit in just six starts last year, earned fully exempt status on the 2016 Web.com Tour with his Q-School win. The former Barry University golfer turned professional at the start of 2015 before competing on the Mackenzie Tour, where he ended the year ranked No. 1 in Scoring Average (Actual), thanks in part to four top-5 finishes.

Young Pro Squad member Albin Choi of Toronto was 3-under at The Reserve at Lake Keowee.

At Thornblade, Calgarian Ryan Yip shot 4-under and sits T-24; Roger Sloan of Merritt, B.C., is T88 at 1-under; North  Vancouver’s Eugene Wong is even-par and Young Pro Squad member Taylor Pendrith opened with a 74.

At The Preserve at Verdae, Wil Bateman of Edmonton is T113 after carding a 72. Ontarians Ben Silverman (Concord) and the Young Pro Squad’s Mackenzie Hughes (Dundas) registered matching 73s.