Eagle at the last lifts Pendrith 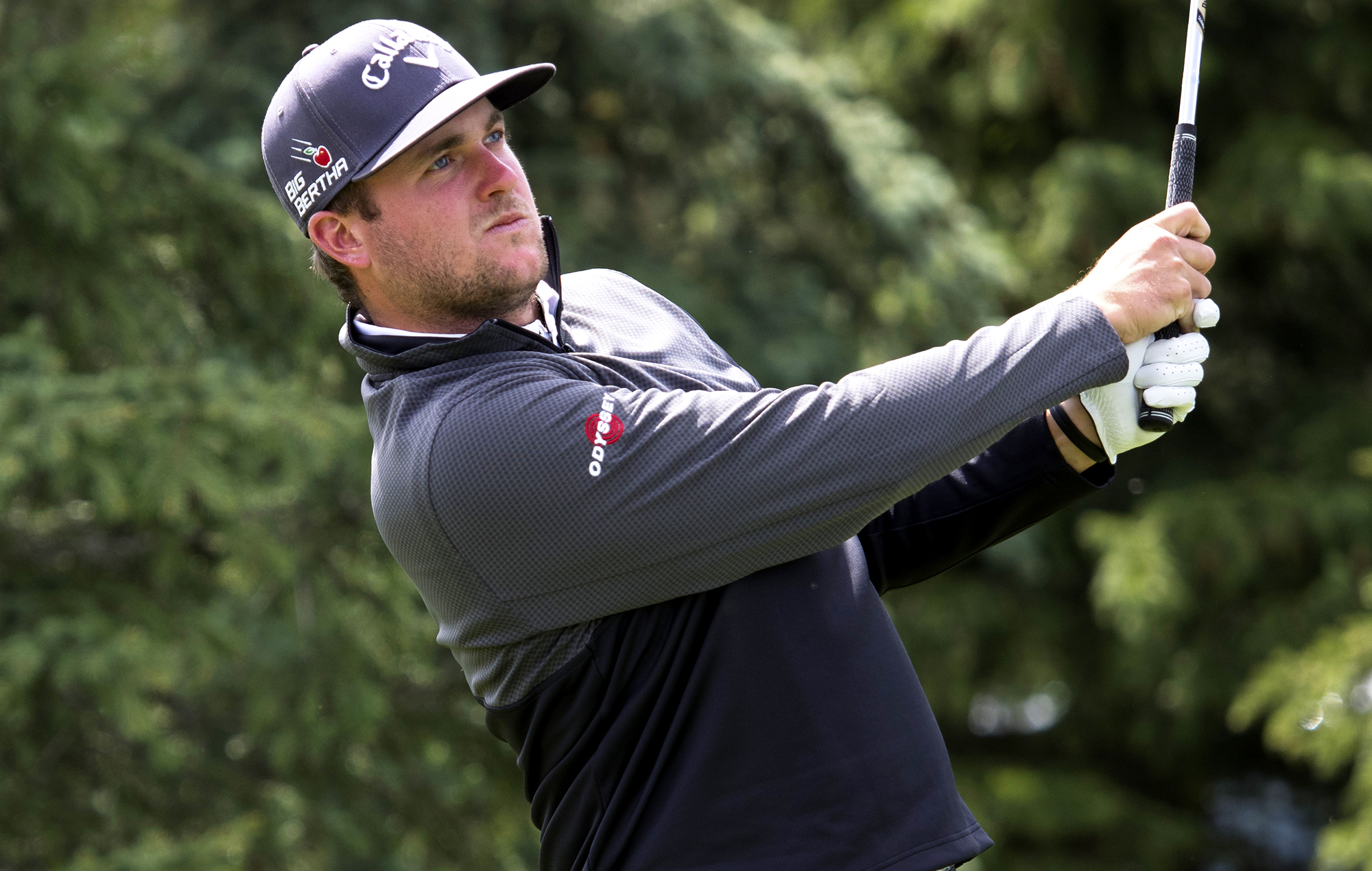 BEN EION, Nova Scotia – Canadian Taylor Pendrith saved the best for last. After a 3-putt bogey at No. 17 to fall out of a share of the lead, Pendrith hit an 8-iron from 175 yards to six inches for eagle to take sole possession of the lead at the Mackenzie Tour – PGA TOUR Canada’s Cape Breton Celtic Classic. The former Kent State star finished with a third straight 5-under-par 67 and his 54-hole total of 15-under-par 201 leads four players by one, including Justin Bardgett, Kyle Wilshire, Canadian Max Gilbert and Dan McCarthy.

Just as he has done in his two previous rounds, Pendrith took full advantage of the par-5s, making four birdies and an eagle during his round. The eagle at 18 was the his third in the event. He also had eagles in the opening round on Nos. 16 and 18.

“It was a grind today but I managed to make some birdies late and then made that eagle on the last hole which was nice,” Pendrith said. “I had some three putts coming, but that eagle on No. 18 was big. I hit the driver well again today like I’ve been doing all week and I made some putts which was nice.”

Sunday could be important day for Pendrith, who is currently 10th on the Order of Merit. Should he win on Sunday he would receive $31,500 which would move him into The Five with one week remaining on the 2015 schedule. The Tour finishes its season next week at the Freedom 55 Financial Championship in London, Ontario.

“I just have to keep doing what I’ve been doing tomorrow,” Pendrith added. “If I can get it in play on the par-5s and make some birdies and some eagles then tomorrow should be fun.”

While Sunday will be important for Pendrith, it also looms large for the four players currently chasing him in second place. All four players are outside the top 60 with Bardgett, at 132nd on the Order of Merit, having the largest hill to climb. Gilbert (69th), Wilshire (67th) and McCarthy (88th) will also need a strong finish to move into the coveted top 60.

“Tomorrow is important for everybody,“ said Bardgett, who shot an 8-under-par 64 on Saturday. “You know I really don’t have any expectations. I came here knowing I had to play phenomenally to get into next week’s Tour championship and I still don’t have any expectations of playing. To be honest, I’m just going to go out tomorrow and walk around and hit some golf shots and try to be as loose as possible. If I play well, great; if I play horrible, life is still going to go on.”

NUMBERS YOU NEED TO KNOW:

29: The back-nine score for Justin Bardgett, matching the low 9-hole score on the Mackenzie Tour this year.

18: Number of strokes under par by Taylor Pendrith on the 15 par 5s this week.

10: Number of players with three rounds in the 60s this week.

64: The day’s low round posted by Justin Bardgett.

“I knew I had to play well this week. I finished 10th last week and that really bumped me up (Order of Merit), but I knew I had to play well to get into next week. It’s like, ‘this is my year’. All it takes out here is one week. I’ve seen that from a lot of guys who have missed more cuts than I have and gone out and won events. It’s out there. You have to be smart and stay patient.” – Kyle Wilshire on the importance of this week.

“It would be awesome to get a win late in the season. I’ve had a pretty solid season and a win would kind of cap it off. It would be pretty nice.” – Taylor Pendrith on what a win on Sunday would mean.